The first couple years of MFi game controllers has lead to some uninspiring results. A controller I’d rate 4/5 in the MadCatz C.T.R.L.i has been by far the best, and is probably still the best, if only because it is a jack of all trades with no serious glaring faults or omissions. Yeah, that’s how low the bar is. But for those who need just a controller for a specific circumstance, in comes the Gamevice. Born from the Wikipad, a 7" Android tablet that came with an attachable gamepad component, this is essentially the same idea but for iOS devices. While iPhone and iPad Air models are on their way later this year, the iPad Mini model is the first one up. While this is a pricey proposition at $99.99, and really only usable if you have an iPad Mini right now, it’s a great controller if it is right for you. 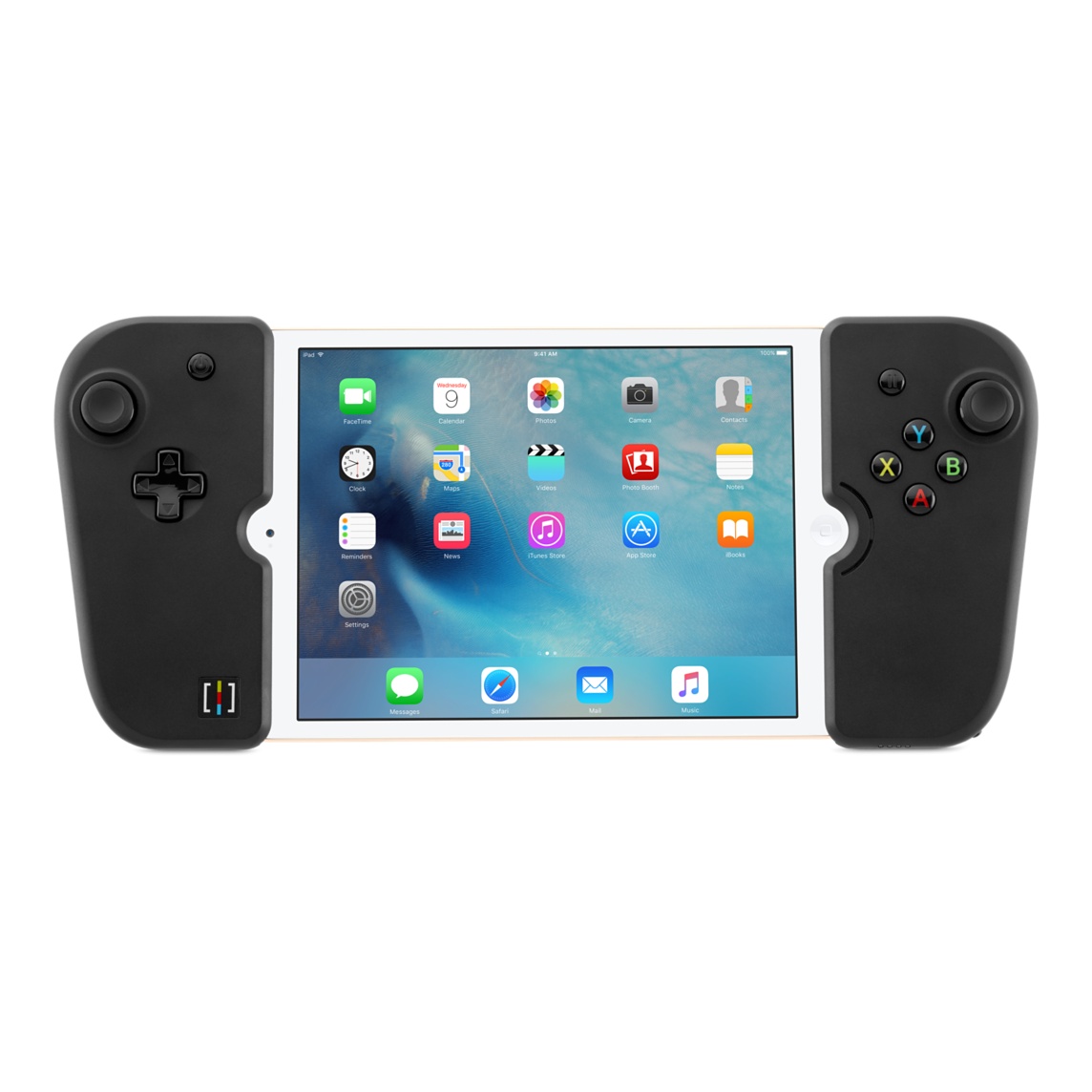 As an actual controller, there’s few complaints about the Gamevice. If they made a Bluetooth controller, it’d be a top-notch one. The triggers feel great, as does the d-pad. Fighting games like Garou: Mark of the Wolves ($3.99) work great with the Gamevice, as do first-person shooters. I can play Downwell ($2.99) quite well with it. Considering how expensive these controllers can be, at least the Gamevice feels like something you’d pay $100 for. Part of the expense has to do with the fact that it needs a rechargeable battery, and an integrated digital audio converter for the headphone output. But this controller is very comfortable for long play sessions, the joysticks and buttons have a good response, the triggers are a fantastic Xbox 360 style of actual triggers. If this was a separate controller, it might be one of the best that you can buy. 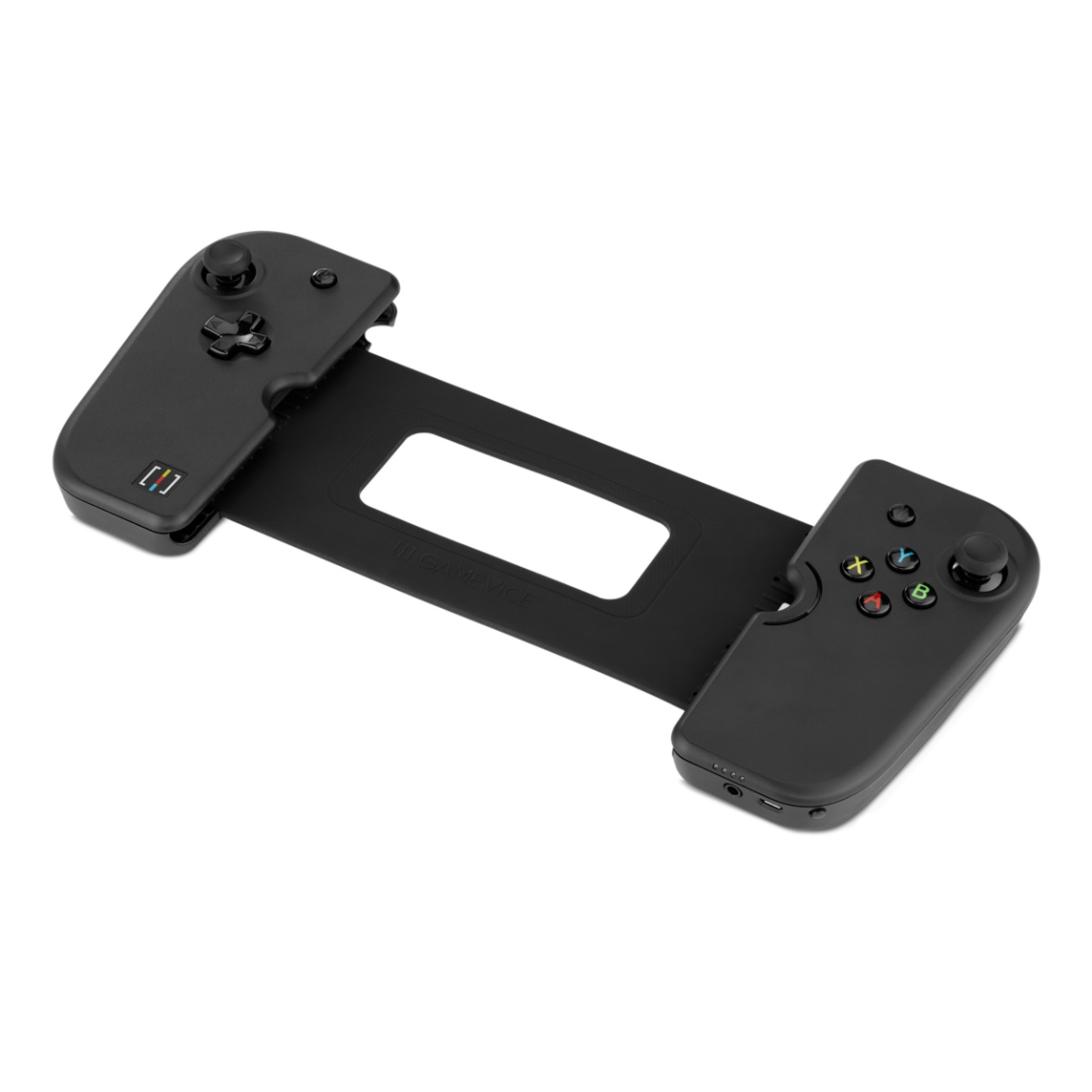 The thing that makes the Gamevice particularly great for mobile controller gaming is that it maintains the intimacy that you get with gaming on an iPad. It’s something I really feel like I’m missing on games with other platforms. When you’re touching everything yourself, it feels so much more personal, like you’re more in touch with the game than when you play it sitting back with a controller. On a large enough screen, this can make up for a lot, but until the Apple TV, this hasn’t really been possible because of the latency issues with the Lightning HDMI adapter and AirPlay mirroring. Playing an iPhone game on a controller with a clip has been a nice compromise, sure. Especially on the iPhone 6 Plus, you get the advantage of being up close to the game. It’s like playing on an actual handheld system. But with the iPad Mini Gamevice, you get an even bigger screen for a handheld device, and it’s more natural to use the touchscreen with this setup. I feel better at Downwell with this attached than playing on a full-size iPad with `an external controller. It’s that connection to the game.

It is a bit of a wide proposition, perhaps a bit more uncomfortably wide than you might be used to with a game system like this, unless you used the Wikipad or the Wii U tablet controller. You really have to get used to the expanded width. I shudder to think of what the iPad Air Gamevice will be. I would laugh at the idea of an iPad Pro Gamevice. The iPhone Gamevice might actually be the perfect size, I’m curious to try that one out at some point. 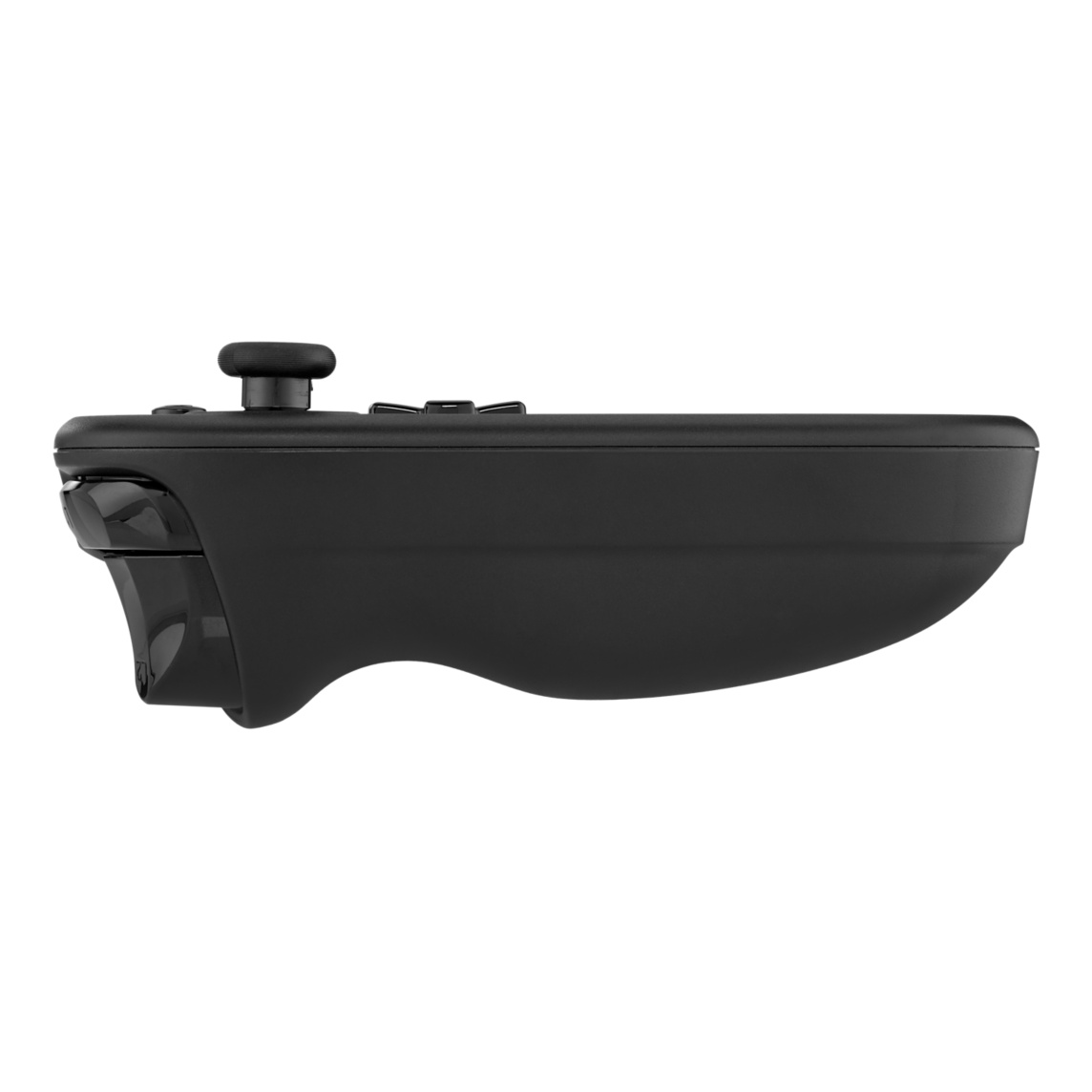 One key concern I have with the Gamevice is that it is a one-device gamepad, at a premium cost of $99.99. If you just have an iPad Mini that you primarily play games on, that’s totally fine to buy this. But you’re essentially paying a premium for being able to just play on one device, versus one of the Bluetooth controllers. Technically, the iPhone 6 Plus without a case fits in the iPad Mini Gamevice, in that the controller just communicates over the Lightning port. Still, it’s far from supported, a a bit of a tight fit for the iPhone without a case, and that left part is just kind of awkwardly hanging around. Again, it’s totally unsupported, but technically an option, I suppose! There is an actual iPhone Gamevice coming, and I’m curious because that might fold down a bit easier and the smaller size might make it more portable anyway. But still, you’re trading off the ability to play on multiple devices for a single-device controller, and it costs more than every other MFi controller out there.

I am curious if there was some kind of telescoping design that could have worked, for two reasons. One is because I’d love something that would work with as many devices as possible. The other is that I think a telescoping design might be less prone to accidental breaking. To be fair, I’ve traveled around with the Gamevice for a couple of weeks in my Timbuk2 messenger bag, and it doesn’t have any cracks or anything, but it still kind of worries me that the pieces that connect the left side of the controls to the right side are regularly bending like that. Plus, a Chinese manufacturer, iPega, has done the telescoping design with the iPega 9023: 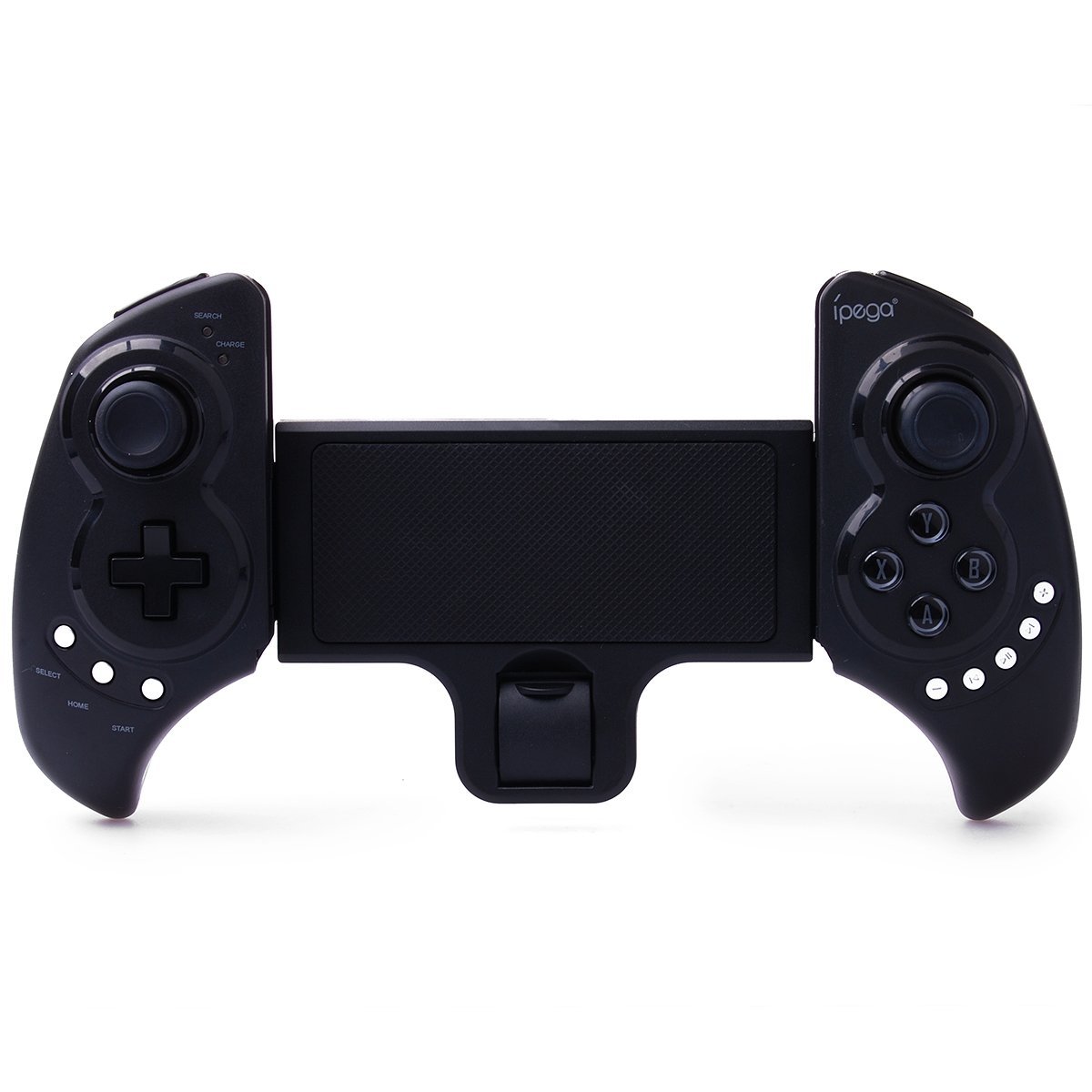 It also isn’t very portable – it works best perhaps if it’s flat, rather than folded, in part for the durability, but in part because it just takes up a lot of space. You could leave your device plugged in, in theory, but it constantly tries to wake the iPad and drain the battery of both devices. Aso it’d be nice if this could just run off of the iPad’s power but I know Apple has silly limitations on the power output of iOS devices. And I still find it silly that you have to use micro-USB to charge a device like this instead of Lightning, though that seems to be changing with the new SteelSeries Nimbus.

There is a Gamevice Live (Free) app that does more than just aggregate controller-supported games, it actually shows you the layout for different games on the Gamevice. The controller experience on iOS is still somewhat imperfect, so seeing the controls can help! Annoyingly, the app doesn’t show specific battery life, and an iOS prompt will bug you constantly if you don’t accept it when you plug the controller in, or turn it on for the first time.

The Gamevice for iPad Mini is a great controller if you just look at it from a game-playing perspective. But it’s hard to recommend because it’s only useful in very particular circumstances. If you like playing your games mostly at home on an iPad Mini, and nowhere else, or if you have the cash to burn, then you’ll enjoy the Gamevice. Otherwise, maybe that CTRLi is more your speed.