Among the many less-talked about features of iOS 9 was Apple shifting gears to a “rootless" security model. It’s sort of technical, so it makes sense as to why it didn’t get much buzz, but the whole idea of going “rootless" is that even super user accounts on iOS don’t have access to modify certain system files. A considerable amount of people out there assumed that this might be the deathblow to the jailbreak community, as obviously, writing and modifying system files is a big part of the whole process. 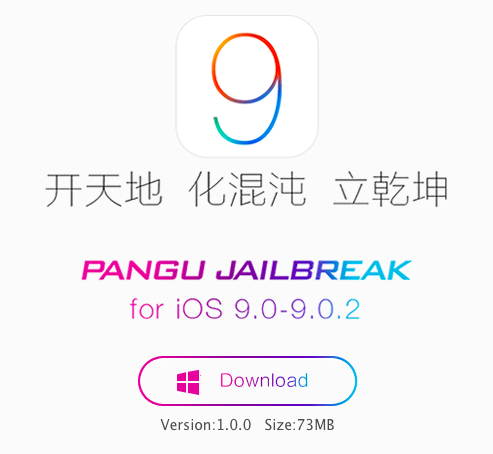 Well, earlier this morning PanGu released their iOS 9 jailbreak. Currently it involves a Windows-only installer, but looking at the historical jailbreak scene, it seems reasonable to assume that a Mac jailbreak installer will come along eventually. It supports iOS 9 through iOS 9.0.2 and the new iPhone 6S, so the jailbreak cat and mouse game between hackers and Apple continues.

We don’t typically post about jailbreak stuff, but this seems noteworthy for two reasons- First off, quite a few people assumed iOS 9 would be the end of jailbreaking (again). Additionally, as Apple has insisted on closing all the doors that let gamers transfer game saves off iOS devices, it seems like jailbreak is more relevant than ever- Particularly if you want to back up your game saves.