Who would have thought that Ellen DeGeneres would be behind one of the most popular paid games on the App Store? Heads Up ($1.99) is basically a really well done version of the classic game charades for the iPhone. It’s something you should have on your phone, as it’s really fun to be able to whip out at a bar or on a boat. (Seriously, a couple weeks ago I spent hours playing this on a boat.) Anyway, this morning Ellen announced her new game, and it’s called Psychi! (Free). Similar to Heads Up, the concept isn’t really that original, as it’s basically a mobile version of Fibbage but I have no doubts overall production values combined with the might of the Ellen brand will similarly turn Psych! into an iOS gaming staple.

If you haven’t played Fibbage, or Fibbage-like games, the idea behind the game is to get together with a bunch of friends and answer ridiculous trivia questions. The catch is, the multiple choices you’re given include the correct answer as well as a bunch of incorrect answers which are provided by the other players. So, say for instance the question popped up of “Who is the Editor in Chief of TouchArcade?" “Eli Hodapp" would be in there somewhere, along with whatever else anyone playing decides to toss into the mix as possible answers. 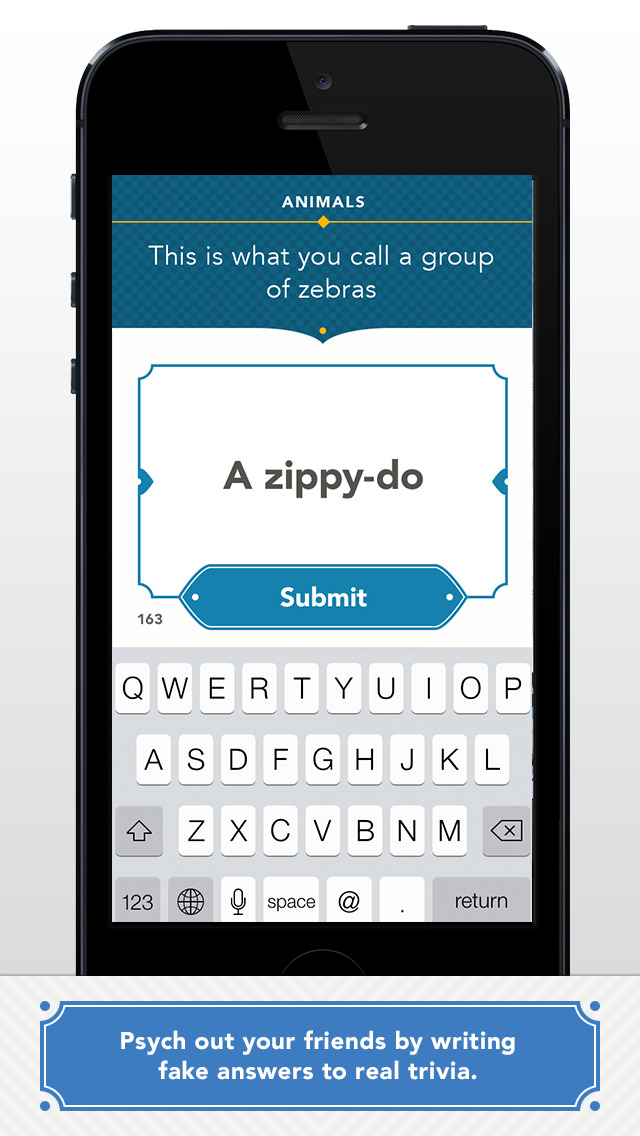 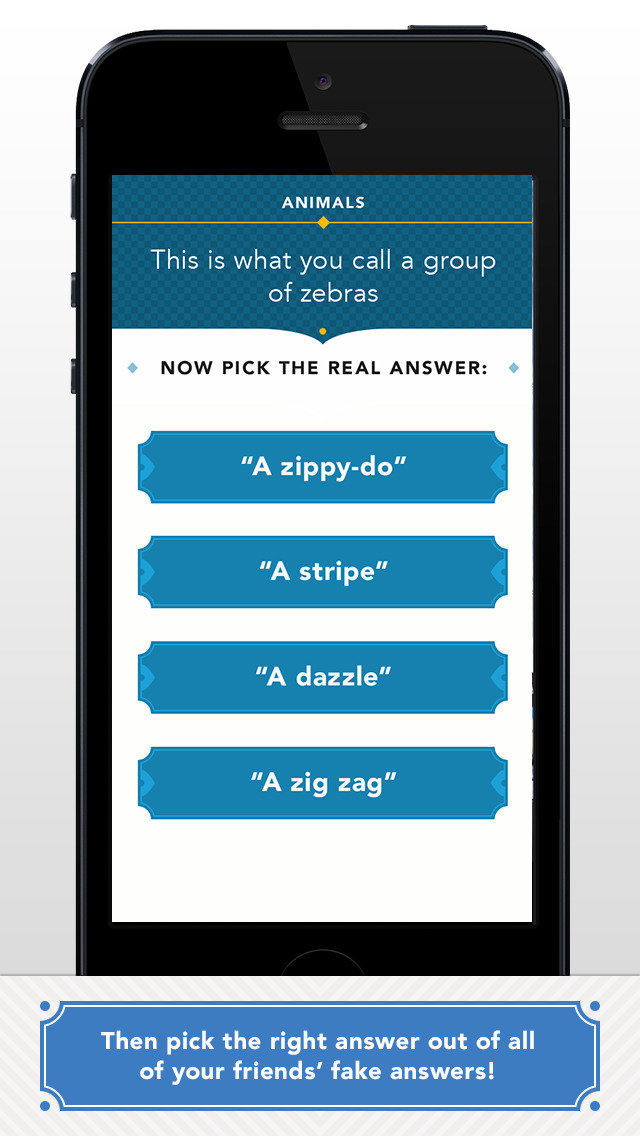 There’s a couple strategies for playing, you could suggest answers that people who don’t know the answer might think are correct, like “Jared Nelson." Alternatively, you could go for being silly and suggest the answer of “Butthole Supreme." The way scoring works is if the player who has the question guesses the correct answer, they’re awarded two points. If they guess wrong, and they guess your fake answer, you get one point. So, if a question is particularly difficult, sometimes it’s better to just go silly, as if someone truly has no guess who the Editor in Chief of TouchArcade is, they might just go for Butthole Supreme to pick the most obviously absurdly wrong answer.

Any way you play, these games are a lot of fun, particularly once people start guessing the wrong answers. From playing Fibbage, I’ve still got long-running inside jokes with friends of mine who picked mind-bogglingly stupid obviously fake answers and argued that they should have been correct to otherwise obvious questions. Psych! comes with the benefit that it’s mobile, works on both Android and iOS, and is totally free, so I’m guessing it’s going to see way more play than the Jackbox Party Pack for consoles which is where my experience with these type of games come from.

Like Heads Up, the game is monetized via IAP “decks" you can buy. Just for downloading it, you get questions that span across three included categories, or decks, or whatever you want to call them. As of this writing, there’s nine additional decks that you can buy for a buck a piece. There’s in-game ads as well, which can be removed for $2.99. If you’re just downloading the game to play with a friend (who might have bought a ton of stuff in-game), it’s totally free.