Another day, another card game, but this one looks like it’s charting its own path away from the likes of Hearthstone, and that’s a good thing in my books. Chronicle: Runescape Legends is an upcoming CCG based on the Runescape MMO, and it’s promising an interesting new twist on the CCG formula. CRL offers expansive deck building with hundreds of unique cards (unsurprising since it is a card game after all), an offline mode called Gauntlet (which I know will please all those who clamor for good, offline games), crafting tools and much more. Like Blizzard’s Hearthstone, CRL is bringing the lore and characters of an MMO into another genre and building CCG systems on top of them. 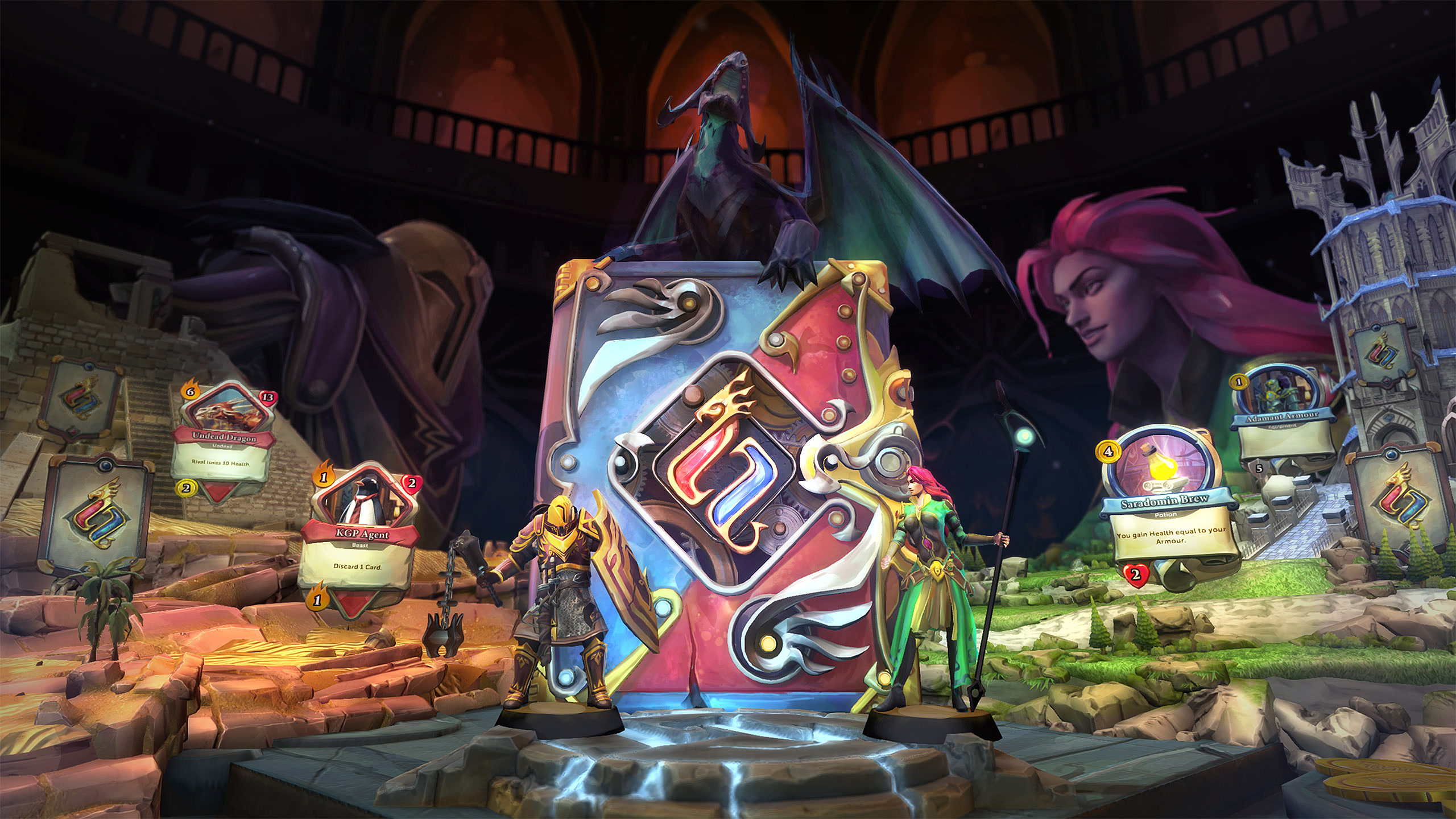 From what I’ve seen (and as you can see from the trailer below), the game plays differently from Hearthstone or other similar CCGs because you have a character that goes through “quests" each turn before clashing with the opponent. The battle takes place in a 3D environment, which makes card placement more visually attractive, and you play a number of cards in a row (cards that either buff your character of spawn enemies) without your opponent seeing what you are playing. Then you both unveil the cards you’ve played, and each character either fights or gets buffs from the various cards played. After fighting the enemies you spawned and getting buffs from the cards you’ve played, you clash with the other character. It sounds too complicated when I describe it, but it really isn’t; it’s just different from most other CCGs out there. If you want to get a taste of the game for yourselves, you can sign up here for the closed beta coming this November. The game should release at some point early 2016, and my guess is that it’s going to be F2P.