Sage’s Sky (Free) is a quaint and colorful stamina-driven, “launcher" platformer where you play as a small, gray bird called Sage. The goal is to navigate a linear, minimalist landscape in a quest to improve your stats and out-do your own high scores. The game features a variety of upgrades that allow Sage to fly longer, faster, higher, and more efficiently, which can be bought with coins collected in each run-through. The cost of upgrades is pretty steep, which is a major downfall in the game, but rewards can be supplemented by watching brief, in-games ads. The charming art style and hypnotic mechanics make Sage’s Sky worth a try, if you have a bit of patience to spare.

During your first few runs, Sage will crash land almost immediately, collecting few or no bonuses and spending more time in the Game Over menu than in the actual game. Costs of upgrades start at around 5000+ coins and you can expect to earn only a couple hundred coins per flight in the early parts of the game. The sluggish collection system is immediately discouraging and would severely diminish enjoyment of the game if it weren’t for the two 250,000 coin prizes I won by watching in-app ads. It feels pretty gimmicky to almost require ad-watching in order to progress at a decent pace but the game is free so I don’t mind supporting the developer by doing so. Economically, it makes sense; stylistically, it is a hindrance. 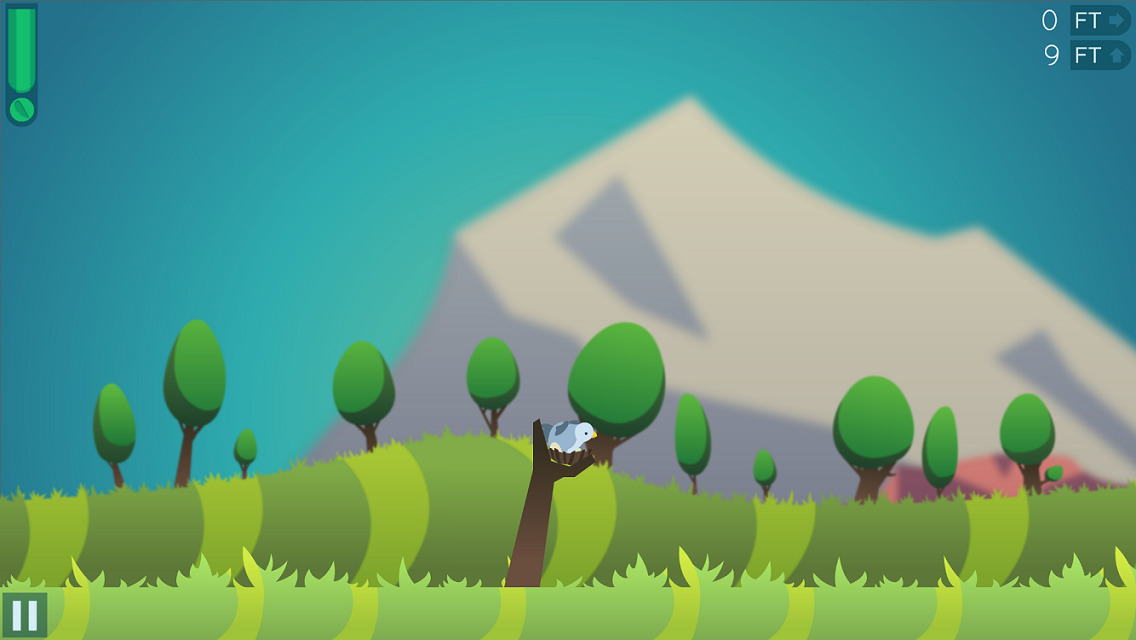 Sage’s Sky doesn’t particularly do anything new with the long-distance platformer but it is one of the more artistically engaging ones I’ve played. The animations as Sage flaps, falls, bumps, and bounces are charming and the scrolling landscape looks like it could be in a somewhat tame Dr Suess book. One design downfall is that catapulting Sage too high has him exit the top of the screen. Unlike some long-distance platformers, the camera won’t pan with the character so you are staring at an empty level for an extended period of time. I would have loved to see Sage bobbing through clouds in the upper atmosphere.

The game’s reward system is able to poke fun at itself (and, good naturedly, at the player as well) by rewarding coins for hitting obstacles, “eating bad bugs", dying before your stamina runs out, and “for giving a good effort." The humor gives the game a bit of an edge where the stereotypical controls and concept fall short.

The game gets more satisfying as power ups are unlocked and Sage can stay in the sky for longer periods of time. This requires a lot of grinding and a lot of luck. Watching in-game ads will reward the player with three randomized “treasure bags" that may contain from anywhere between 100 to 500,000 coins. Plenty of 1000-2500 bags are given out but as unlockable costs rise to 50,000+, even this doesn’t help much. That, and there is only so much ad-watching I am willing to do before shutting it down, even for a free game. Eventually the progression slows to a crawl and interest wanes. Furthermore, ads are 30-seconds long, whereas each flight attempt (at least initially) lasts significantly less than that. 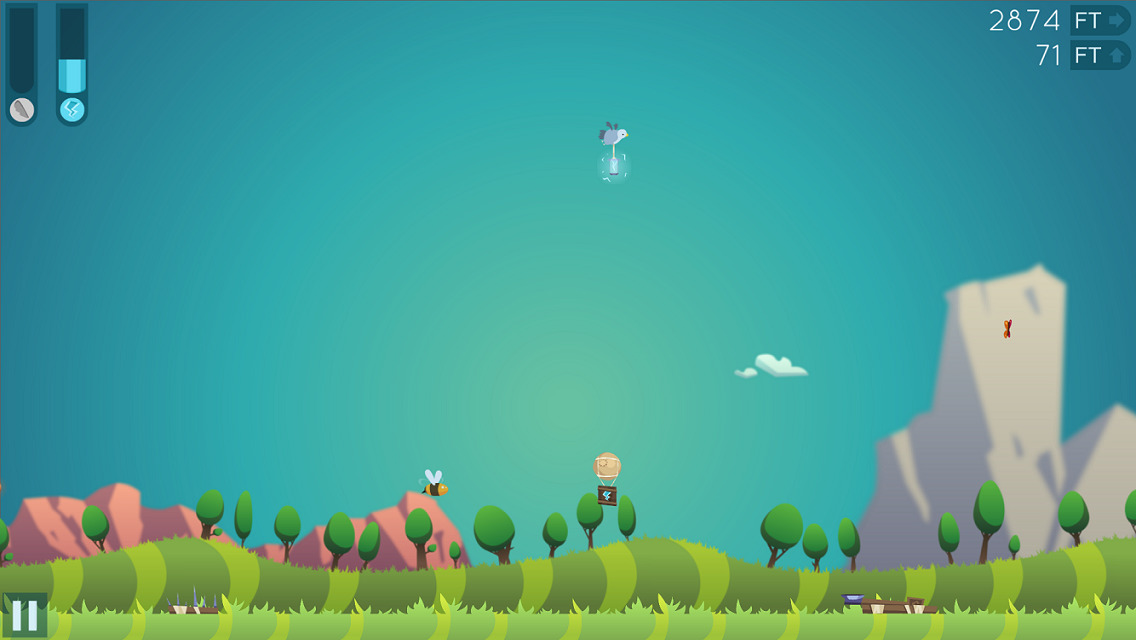 If you don’t mind the sluggish collection system, you could potentially spend a lot of time with this game. Here’s where I ran into a pretty significant snag, though. There are five bird “forms" to unlock with an upgrade called “Reincarnation", which increases your base stats and transforms Sage (although your unlockable and coin count reset to 0). They are quite pricey and I had to really grind after the in-app ads stopped playing (I guess there is a limited amount). The worst part is that I saved up 750,000 coins only to find out the “Reincarnation" upgrade is broken. This could have been a neat concept that could extend playability, if it actually worked, that is.

Sage’s Sky isn’t a bad game, it’s collection and reward method is just noticeably unbalanced. I don’t regret giving it a try and sinking a good amount of time into it for this review but I also would recommend other long-distance platformers over this one (like Up Up: Frozen Adventure (Free) or Jumping Finn Turbo ($0.99)). You should play Sage’s Sky at least long enough to see Sage bounce off the ground and explode in a cloud of gray feather’s after hitting a spiked obstacle. Care and attention to detail clearly went into the style and feel of this game and there is a feeling of delight associated with each tiny wing-flap, carrying you farther and farther each time. However, the reward mechanic will slow you down and may make replayability an issue. If you have played and enjoyed other games in this genre, though, and are looking for a quick, fun, aesthetically charming experience, you could do worse than Sage’s Sky.