It was four years ago that EA bought Firemint, and many people at the time were worried about the latter studio’s future. Surely this would be the end of the beloved developer who brought us App Store classics like Flight Control and the Real Racing series, right? Surely EA would suck the life out of them and add mountains of IAP and other shenanigans? Well, a few years (and a merger with fellow Aussies Iron Monkey) later we got Need For Speed: Most Wanted ($4.99) and Real Racing 3 (Free), two games that are incredibly well-made and fun. (Admittedly, RR3’s pay model was pretty controversial when it came out, but it still ended up becoming one of my favorite racers on iOS.) And now we have their latest, Need For Speed: No Limits (Free). It’s the first game I’ve played from Firemonkeys where I can sense many of the EA doomsayers’ predictions coming true. This game is unabashedly, almost aggressively free-to-play, to the point where even the title seems like EA is laughing at us. But… is it fun?

In Need For Speed: No Limits (ha, ha) you play as a street racer trying to make it big in the underground scene. Or something. Does anyone play these games for the story? Anyway, what this amounts to is lots of racing and car collecting and upgrading. The game’s structure actually reminds me a bit of a social RPG like Puzzle & Dragons (Free), with a campaign mode, daily missions, special events, and the aforementioned collecting and upgrading aspects. 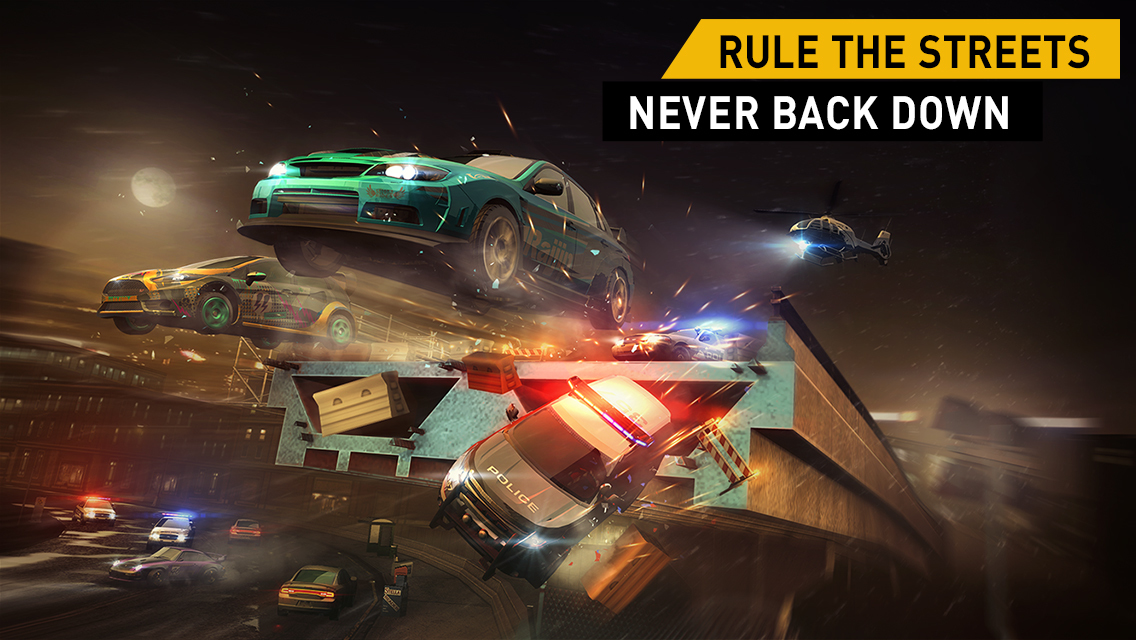 Fortunately, the actual racing is pretty great. It feels very similar to Most Wanted, with each race being a short, arcade-y blast of fun. Except here the races are really short, with some even being less than 30 seconds long. The game controls well, with a press on either side of the screen to turn and a quick swipe up for boosting or down for drifting. (You can change the controls to tilting or sliding in the options menu, but I greatly prefered the default.) Drafting, drifting, getting air, and having a “near miss” will net you more money and help fill your boost bar faster, so there’s a tiny bit of strategy there as well.

Visually the game is top-notch, with lots of reflections, smoke, and sparks flying everywhere without the frame rate suffering hardly at all. Indeed, the game has a great sense of speed, which I suppose is rather important when “speed” is right there in the title. Admittedly, things aren’t quite as smooth as a simpler racer like Horizon Chase (Free) (which was kind of jarring when I switched from one to the other), but considering how much is happening on the screen it’s still pretty impressive. 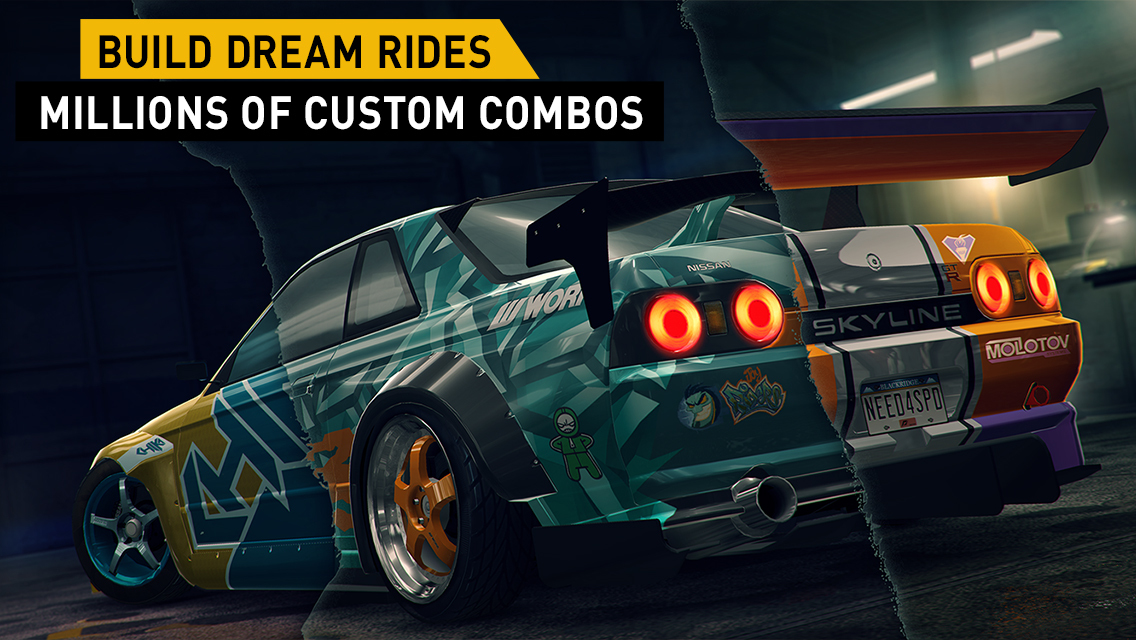 Alright, I’ve put it off long enough. Let’s dive into the free-to-play stuff. The game has an energy system, multiple currencies (I counted at least three), and lots and lots of grinding. That may sound pretty terrible up front, but my “out of box” experience with the game was actually surprisingly great. Each time you level up your energy bar will refill, and I was therefore able to play for several hours straight before I hit any kind of pay-or-wait wall. Of course, lots of free-to-play games are like this so you’ll have ample time to get hooked, but it totally worked on me. I’m hooked. I’ve honestly had a blast racing, progressing, leveling up, unlocking new cars, and installing new parts to upgrade my collection.

Unfortunately, after several days I’m definitely starting to feel that freemium squeeze. My play sessions have dropped from an hour or more to just 10 minutes, and most of that time I’m forced to spend grinding past races to upgrade my cars (which is made slightly less tedious by the “easy drive” switch that enables the game to basically play itself). And you have to upgrade your cars, too, because the game is full of choke points where you can’t continue unless one of your cars has a certain performance rating. I was actually kind of surprised at how sudden the switch from “hey this is super fair” to “why the hell can’t I play anymore?” was. It’s a sharp (and rather disappointing) change from Real Racing 3’s model, which allowed me to play for hours on end if I managed my car repairs in a smart way.

And yet, I can’t deny how satisfying it is to unlock a new car in No Limits and suddenly have a bunch more races to play (since each car unlocks a side career). Plus, the game looks great and the actual racing is super fun, which is pretty important. It’s disappointing how stifling the free-to-play stuff gets several hours in, but that initial play time is really solid. It’s actually kind of fun to imagine what a game like this would be like with a fairer model, like Crossy Road’s (Free)(Vungle ads for car parts, perhaps?), but that’s probably unrealistic for a massive, “big budget” game like this, particularly from someone like EA. (Likewise, it’s fun to imagine what Firemint would be up to without EA. Sadly, they might be out of business.) So, should you download Need For Speed: No Limits? Well, it’s fun, and free, so I say go for it. Just be prepared to switch back to Horizon Chase while your energy refills.