The internet is in a real weird spot right now. Ad blocking has been gaining steam over the years, and depending on how technically savvy your site’s audience is, it’s entirely possible to have more people blocking the advertising that is paying for your site to exist than viewing those ads. The saving grace in a more-recent sense has been that people browsing from mobile devices has also grown significantly. Over two thirds of our traffic comes from mobile devices, and most of those devices are running iOS. In that sense, it still sucks, but it’s not a huge deal if a bunch of people in that remaining third are blocking our ads. If you’re blocking our ads, please support our Patreon.

With the release of iOS 9 this week, Apple also added the ability for developers to build content blockers in mobile Safari. It remains to be seen what kind of impact this is going to have, but it hasn’t exactly been reassuring that many of these content blockers have been racing up the iTunes top charts. As someone who not only makes a living off producing content online, but also manages a team of amazing writers who do the same, the future feels troubling. 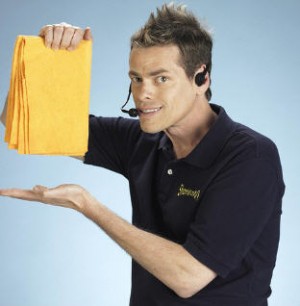 Don’t get me wrong, I understand the appeal of ad blocking. I’ve clicked many of those dumb click bait listicle links chronically shared on Facebook and have been amazed by the number of sites that have more advertising than they do actual content. (Particularly when the content is obscured through a dozen different slides you need to keep clicking “Next" through.) On sites like these, the experience is terrible, leading to the totally logical conclusion of “Wow, online advertising really sucks." It’s often even worse on the smaller screen of mobile devices where both screen real estate and metered monthly bandwidth allotments are a concern.

The thing is, when you block ads, you’re really not hurting these massive web sites. They generate so much traffic, and serve so many ads, it all works out in the end. Additionally, the most abusive sites typically have the least savvy readerbase who likely don’t even know they can block ads. Who you do hurt are smaller sites like TouchArcade who don’t generate the millions of daily page views to make the financial math of ad payments versus operating costs work out at the end of the day. To make things worse, it’s often smaller sites like ours that create the original content which then gets curated, aggregated, or otherwise repurposed on larger sites with crazier advertising schemes which the original content creators earn nothing from.

The way I’ve always looked at it is you need to have a respectful relationship with your readers when it comes to your site’s monetization strategy, which is what we strive for here at TouchArcade. The ads we run are curated by hand by our ad sales manager Marianne Schultz. We turn down ad buys that are irrelevant and won’t run ads that we feel are inappropriate. (For instance, if characters are too scantily clad we’ll ask them to be covered up a bit more.) We don’t do pop-ups, pop-unders, ads with sound, interstitial ads, or anything else. The most obnoxious thing you’ll ever see is a site skin, which usually actually looks pretty cool. Seriously, if you’re blocking our ads, try adding us to your whitelist. I doubt you’ll be disappointed. 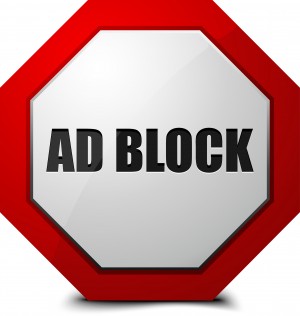 Additionally, since iOS developers are our primary customer base when it comes to ad sales, the things that get advertised here are typically stuff you’d be interested in anyway. Hell, I’m not ashamed to admit I’ve even discovered great games from our own ads that somehow slipped off my radar. When we don’t have active ad campaigns we’re running, our ad spaces default back to basic Google ads, which might not be as relevant but are similarly never obnoxious.

The end result of all this, is we can do cool things like attend E3, GDC, and other conferences, have an army of people writing game reviews, and people doing all sorts of other behind the scenes stuff that makes TouchArcade work like a well oiled machine… All at a cost to our readers of $0. No one is getting rich off this, we do it because we love it.

If you were around for the announcement of our Patreon, you’ll know that ad sales in the iOS game world aren’t that great anyway. So, us not running as many ads as we used to be able to, combined with a growing number of people blocking those ads results in a financial formula that could potentially not balance out at the end of the day… Which really sucks to think about considering we just finally got back to a point where things were feeling relatively OK with the overall success of our Patreon supplementing our existing ad sales.

At the end of the day, whether or not you block our ads is entirely up to you. We’re not going to fiddle with our site to screw with people who install ad blockers, instead, we’re just going to try to appeal to your love of small, extremely passionate, niche web sites like TouchArcade that you care enough about that you’ve made it this far in this article. If you’re going to block our ads, please support our Patreon.