If there’s one genre I used to play as a kid but almost never dip into now, it’s brick breakers. I spent hours in the family car playing Breakout on the Game Boy, and if I ever managed to find myself in a bar area waiting for people, I usually picked the brick breaker minigame on those high-tech (at the time) miniature arcade machines. The bar peanuts weren’t the only thing salty at that point, because these games are difficulty and unforgiving. Sketch Breaker (Free) is basically the same principle, but with a heap of IAP settings on top.

Beating each level in Sketch Breaker is as easy as guiding a ball into various bits of paint, clearing the board, and moving on to the next task. You’ll do this by launching said ball with a quick flick, and then creating paddles one-by-one with swipes. Yep, you won’t be using the same exact paddle in one fixed area, you’ll have to constantly make new ones. It’s engaging, as you can’t just rely on a stopgap or automatic solution — you always have to be looking for the next move. 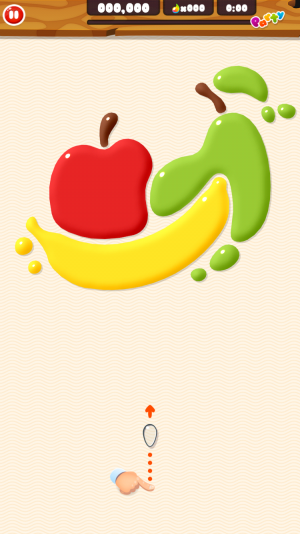 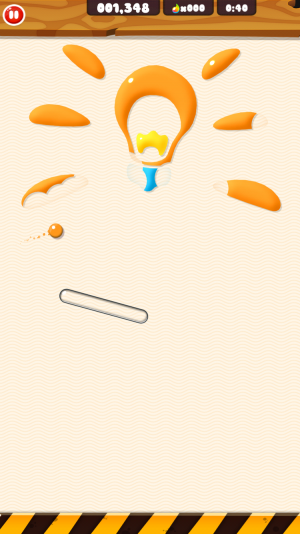 The combo system also adds a bit of depth to the standard formula, and reminds me a bit of Peggle. If you hit the same color three times, you’ll initiate a color explosion, which grants you a massive amount of points and clears a lot of bits on the board. Because of this, you may even have to stop yourself from hitting an errant color, in favor of getting a full combo. It’s actually a pretty advanced system since you can draw a line in any direction (including vertical placements, oddly enough) on any part of the screen.

After breaking up the painting, you’ll be tasked with collecting paint drops, which provide you with an increase in “Breaker Level," which earn you more gifts. This is where the IAP rabbit hole begins. Players can purchase energy, in-game currency which grant temporary boosts, or “extras," which function as permanent upgrades. The latter category includes double your maximum energy ($3.99), double paint drop pickups ($1.99), magnetic paint drops ($2.99), or a bundle for $5.99. Coin purchases range from $4.99 to $99.99.

As a general rule, Sketch Breaker is playable without using anything, but you better keep your eye on the prize. Since rounds tend to go for quite a while, you can feasibly earn back your energy while you embark upon missions — but any deaths will result in massive amounts of waiting. This is all on top of ads though, some of which can go full-screen if you touch the wrong area of the screen accidentally.

All of these microtransactions and add-ons seek to muddle a lot of the fun you’ll have while breaking things. While Sketch Breaker is colorful and charming, I wish it was more of a premium experience.