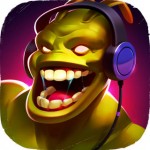 Another day, another shooter on iOS. The genre is thriving, and I can’t get enough of it! This time around, Beat da Beat ($0.99) means business, despite the fact that it suffers from a lack of variety. You know a game is serious when it gives you both an epilepsy warning and a headphone suggestion at the start.

As you might expect, Beat Da Beat has a musical theme, backed by its electronic tracks that serve both as the soundtrack and an in-game mechanic. You see, enemy bullets are timed to the beat, so if a track is particularly dirty, ships will be unloading left and right. That isn’t to say that the experience is rhythm-based in the slightest though, as you can move in any direction you wish without penalty. The game offers four difficulty levels, so pretty much anyone can pick it up and play it as a regular, manageable shooter or a full-on bullet hell nightmare. Though it must be noted that the lowest “casual" difficulty isn’t a complete pushover, the tutorial is a fantastic way to acclimate yourself to the genre. 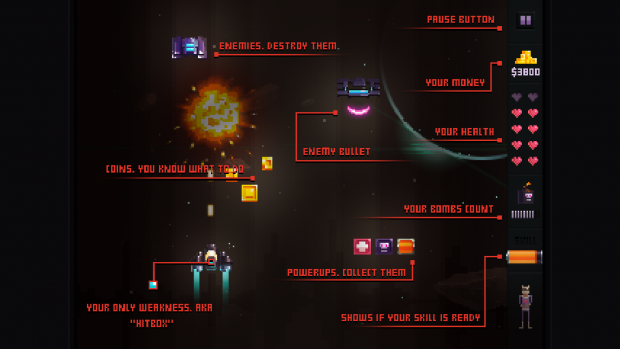 The best feature, and one many iOS games are implementing these days, is the slow-mo mechanic that triggers after you’ve taken your finger off the screen. This time though the bullets are still moving (it’s not fully paused), and you’ll have the option to bomb or extend your slo-mo. Every bit of the controls are responsive, and the hitbox of your ship is easily identifiable so it doesn’t feel like there are any cheap deaths.

It’s fun and engaging with different color bullets and great patterns, but the actual enemies are uninspired, and they basically stand in place. Because of this, it’s tough to get a real sense of progression, as everything kind of blends together. This isn’t helped by the fact that upgrading your ship is a boring process, consisting of marginal health, bomb, and weapon upgrades. You can acquire new vessels that look and feel fresh, but the amount of in-game cash required amounts to quite a bit of grinding — especially since picking up coins requires you to move through enemy fire, which is frequently curtaining the entire screen. Thankfully, there is no IAP scheme in place, so what you buy is what you get, and the $0.99 pricepoint is incredibly easy to swallow. 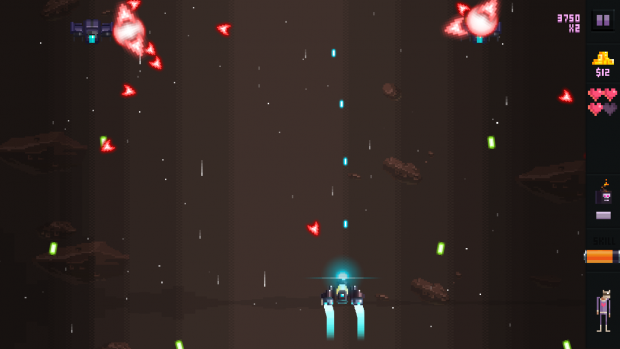 Beat da Beat doesn’t break any conventions, though it does attempt some rather neat things with its musical focus. While I would have preferred a full-on Bit.trip-esque commitment to the rhythm aspect, most shooter fans will find a lot to like here.