Some of my favorite gaming memories while growing up were playing Worms with my older brother on PC. He was always quite a bit better than me, as older brothers are (and he still is), but it was still incredibly fun slinging Super Sheep, Concrete Donkeys, and Holy Hand Grenades at each other until he whittled me down to nothing. Imagine my delight, then, when several years ago I learned Worms would be coming to iPhone! I bought every iteration on day one, and even though they weren’t perfect, Team 17 managed to get it just a little bit more right every time. And now, finally, we have Worms 4 ($4.99), a sequel tailor made for mobile. 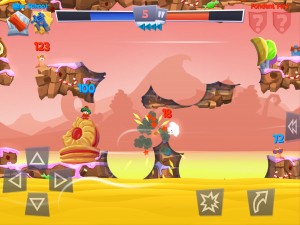 The Worms series, if you’ve never played it before, is basically a turn-based artillery game crossed with a worm-based platformer. Each player controls a team of the slimy pink bugs (are worms bugs? Probably not. I don’t care), the goal being to wipe the other team off the map. Your worms can crawl, jump, leap, teleport, swing, and jetpack across the (usually) destructible terrain, and use a wide variety of weapons to dispatch your foes. These include rocket launchers, guns, baseball bats, and grandmas. Yep!

So how is 4 different? Well, the series has (once again) been completely redesigned for phones and tablets, but it feels a lot more mobile-y this time around. Each mission in the campaign is nice and short, the graphics look crisp and modern, and there’s a whole bunch of free-to-play-ish stuff thrown in. Don’t worry, though–it’s not too bad. After each mission you can spin a wheel for the chance to win a bronze, silver, or gold chest, each one containing an assortment of currency, weapon upgrades, speech banks, and outfits. With the currency you earn you can buy even more chests, and of course you can buy more currency with IAP (which you probably won’t need). There are also daily objectives to complete (“Score a direct hit with a grenade in multiplayer", “Collect 10 crates", etc.) and a constant tug o’ war at the top of the screen between the blue and red factions (which you choose when you first start the game). It all comes together pretty well and really does feel a lot more like a mobile game than the previous three titles did. 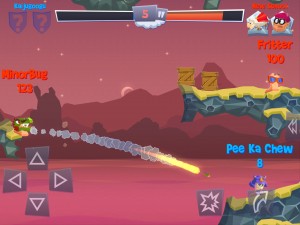 The best part of the game, though, is definitely the campaign. There are five different themed worlds each containing 16 missions, and they are just about perfect. Most can be completed in under five minutes, and I found myself looking forward to a nice, short burst of wormy mayhem every so often throughout my day. Each one has a mode (Deathmatch, Crate Collect, etc.) and modifiers (Terrain not destructable, wind turned on, etc.) which makes every mission feel distinct and fun. Some even have a slight puzzle-y feel, as you have to figure out how to kill X amount of worms while only using Y and Z as a weapon, or how to collect every crate in a stage even when some seem to be in impossible places. 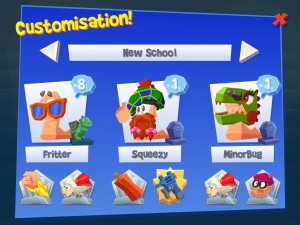 It’s not all good, though. See, for most people multiplayer is where the series traditional shines. Unfortunately, Worms 4 feels like a massive and puzzling step backward in this regard. Despite the fact that asynchronous (turn-based) multiplayer is a perfect fit for a mobile Worms game, it’s completely absent here. It’s even more baffling because Worms 3 ($4.99) had it, and it was amazing. (In fairness, that game was a bit buggy and I remember it eating one or two of my games, but overall it was tons of fun.) Instead, in Worms 4 we are left with real time multiplayer. That’s fine, I guess, since that’s what the PC games had. But it’s really not the best fit for such a “mobile centric" entry in the series, and even worse, it seems almost no one is playing it. I’ve been trying for days to get a game going and the screen just hangs there while I wait for five minutes. Why can’t I just start a few games, fire off some turns, and get on with my day? 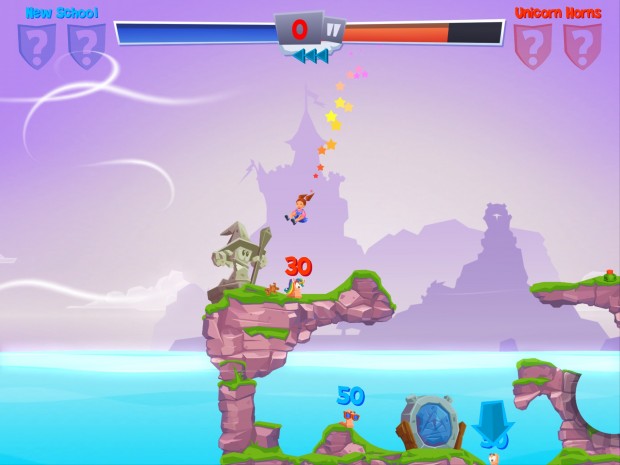 And, unfortunately, that’s just the start of my issues with the game. I hate that they got rid of the more streamlined, mobile-friendly controls I was used to in the previous games and give you absolutely no customization for the on-screen buttons you’re left with. It’s annoying that the game uses Facebook for everything and that’s the only way you can play against friends online. I’m frustrated that the game seems to have less fireworks and effects but still runs slightly worse than the old games on my iPad Air. It’s annoying that the camera still doesn’t follow the action sometimes, like when firing a bazooka to the other side of the map. I’m sad that they apparently got rid of the instant replays when you perform a particularly awesome hit. It’s incredibly irritating that I can’t turn off the distracting “!" alerts hovering over certain menu icons every time I win new items. And, finally, why can’t I create my own maps? Even the PSP version had this! Come on, Team 17!

And yet… it’s still Worms. It’s incredibly silly and just stupid amounts of fun. In my opinion the iOS games peaked with Worms 3 and this new one is a step backward in some rather significant areas, but I can’t deny the grin it put on my face. Plus, the game does manage to get a lot right. The campaign, with it’s short-n-sweet and varied missions is a definite improvement, and the light weapon upgrade system is kinda neat. I’m not sure I love the new visuals yet, but it’s still refreshing that they are trying something a little new in that area. Overall, there’s some good and some bad, but–as I said–it’s still Worms. You ready for war, big brother?