When I first launched Ace Maverick (Free) by Futureworks Studios I was immediately hit in the face with a sharp blast of electric guitar. It was like a Marshall stack violently sneezing into my ears. And while I’d love to take this opening further and use that riff as some kind of metaphor for the game itself, I’m not going to do that. The riff happened, and I just thought you should know about it. Case closed.

Now, with that out of the way, let’s dive in. Ace Maverick is a game about piloting a heavily armed helicopter through the arctic as you try to protect a cargo ship. Early on this means blasting icebergs out of the water (or, the very tips of them, anyway), but you’ll soon encounter much graver threats. Drones will try to steal cargo, battleships will try to shoot you out of the air, and enemies in smaller boats will try to board your ship. I’m not sure what your guys are transporting, exactly, but it seems to be really enticing to all kinds of shady types. 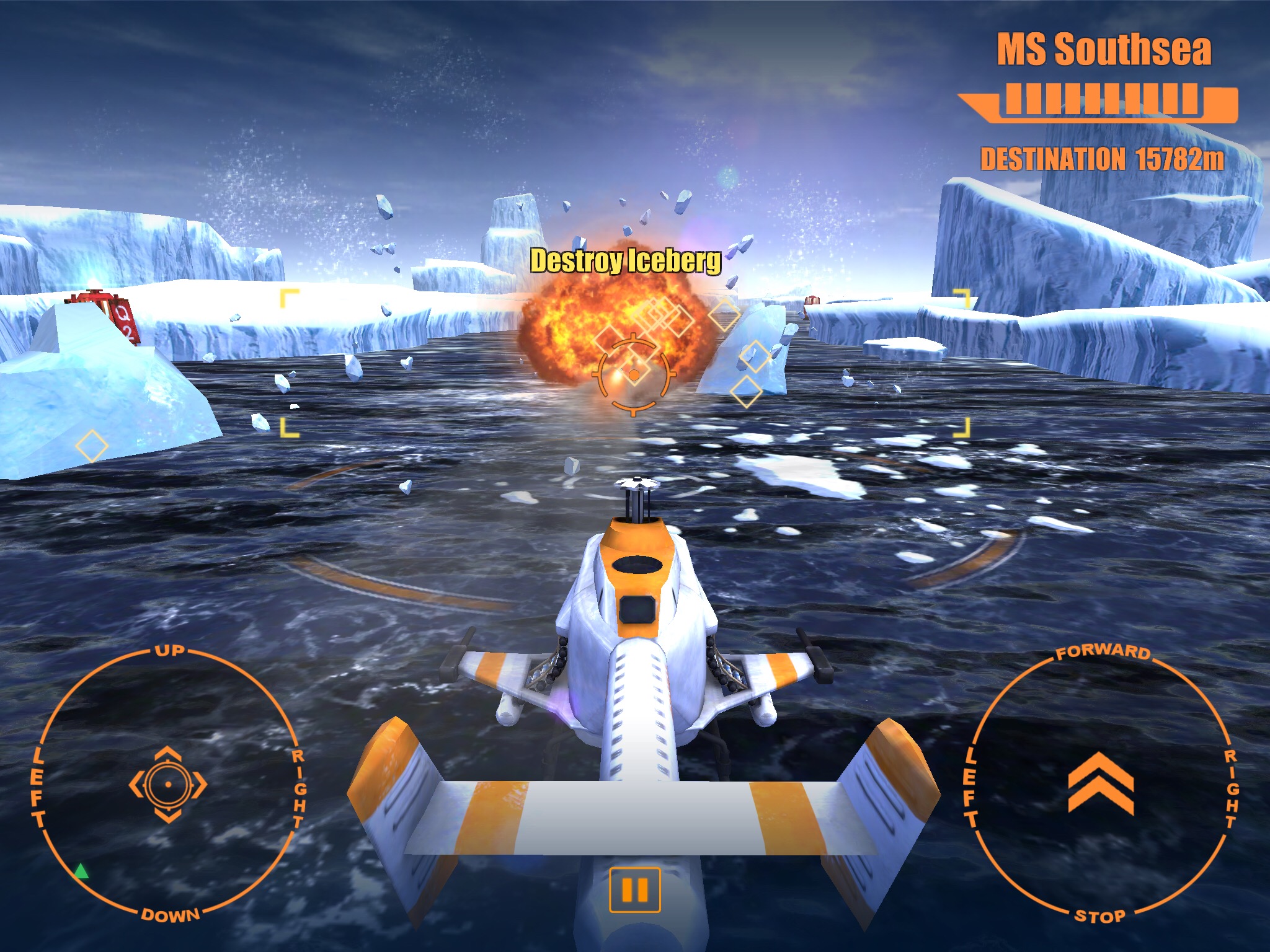 The game controls pretty well, with two pads on either side of the screen for your thumbs. The left one controls your pitch and yaw while the right controls your roll and thrust. You also have an aiming reticule, and the game auto-fires when you line it up with a target so you won’t have to worry about any buttons. It all works pretty well, though I did find it frustrating that I couldn’t move the helicopter straight up and down. Since most of the things you need to shoot are sitting in the water it means that you’ll be aiming down a lot, which in turn means you’ll slowly be moving down toward the water throughout each level. If you want to go back into the air you’ll need to aim up and fly around in a big circle to get back to where you were. It’s not a huge deal, but I did find myself wondering why I felt like I was flying a small plane when the craft onscreen was clearly a helicopter.

What was a bit more frustrating, though, was the game’s difficulty. The first four levels were pretty easy for me, and I flew straight through them without too much trouble. Then level five happened. I felt like I ran straight into a brick wall, and nothing in the first half of the game had prepared me for it. There were multiple enemy types rushing me from all sides, and only a few hits from a battleship was all it took to end the level in disaster. I tried and re-tried several times, prioritising different enemies until I finally made it through. The next level was roughly the same, and I passed that by the skin of my teeth after multiple attempts as well. And don’t mistake what I’m saying: it’s not the difficulty itself I had a problem with, it was the utter suddenness of it. 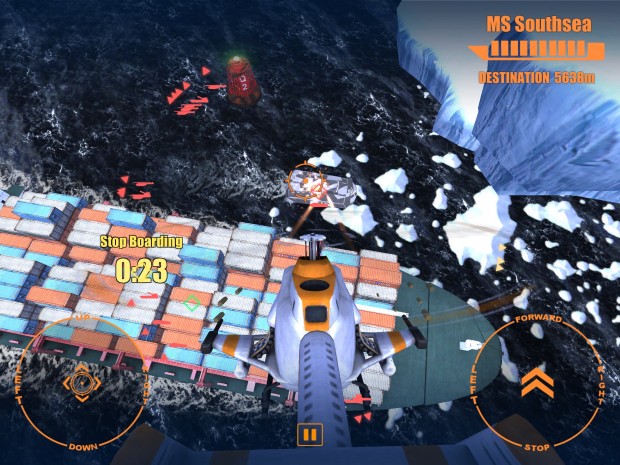 Now let’s talk about the seventh and (apparently?) final level. It ramps things up even further, and took me about four attempts to pass it. By this point I was more or less prepared for it, though, and found myself enjoying the challenge a bit more. Unfortunately, the game was not done with me yet. I finally made it to the end alive, and the voiceover shouted “There are too many of them!” and the level failed. What? I checked the Mission Failed screen and it clearly showed that I completed each objective successfully. I was alive, the ship made it to its destination, and we hadn’t lost hardly any cargo. But I somehow failed. I tried two more times with the same results: I’d get to the very end of the level, completing my mission successfully, and would fail. “There are too many of them!” Of who? Of what? I’m not sure if it’s a bug, some kind of cruel cliffhanger before new levels arrive, or if I’m just an idiot. But it’s really frustrating.

Ace Maverick looks great, controls well, and is pretty fun in the beginning. Unfortunately, the difficulty juts up incredibly fast and left me feeling a bit of whiplash. Plus, that last level is… well, I’m not sure what’s going on there. But I feel like all of my issues with the game could be ironed out pretty easily with some updates in the future, and I look forward to them. The developer is a one-man-band that has clearly had a lot of industry experience, and I’m really excited to see what he does next. Even if (especially if) it involves slapping me in the face with more squealing guitars up front.