If you have been following us on Mobcrush, you know how much we love Vainglory (Free). It has entered our weekly rotation of fun and cool games we play. As a guy who likes to be generally helpful, I’ve found myself in the support/roam role more often than not. Now I am not a pro tier player, but I get to see some interesting dynamics play out that the typical player focused on last hits, invades and team fights might not immediately perceive. Playing a support can mean a number of things but if I can sum it up in one word, it would be “foresight." Everything you do as a support will inevitably lead you back to how well you anticipated your team and your enemy. Scouting Mines, pings, defensive and support items are all tools at your disposal that will set the stage for the outcome of your game. 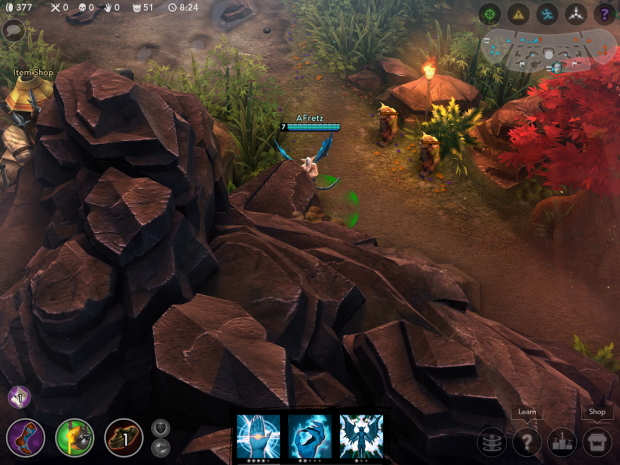 Its hard to spot a well placed mine

Scouting mines are a little different than a typical ward in a moba in that they are visible to all and explode if an enemy walks over it. The damage they deal is pretty considerable especially early game and have the capacity to completely turn a fight in your favor. With that said, unless you are planning a fight in advance, having enemies pop your wards is not usually a good thing. Their primary purpose is to provide vision, which they cannot do if they explode.

Please take a look at this very pretty map Super Evil Mega Corp created. I put some crude dots in there to show where prime locations for wards are. How aggressive you are playing will determine on which side of the map you ward. Most of the time you want to try to get at least 1 or 2 wards into the enemy jungle, but if you are getting chased out of your jungle do not hesitate to keep your side warded as well.

Don’t hurt your eyes, I included an enlarged version if you tap or click on the following image.

– Red dots are for gank and invade prevention, do not expect these to last very long.

– Blue dots are for late game vision, not very valuable unless you get to the point where one of the teams is starting to push into a base.

– Green dots. These green dots are what can win you games.

If you actually go into the game and walk around to these Green spots, not only is it tough to spot wards placed in these areas, but people don’t tend to walk over wards placed here. I have had many games where these wards last 10-20 minutes and provide valuable information the entire game. If you can get decent at finding the blind spots that you can shove these wards into, your team will instantly be able to keep track of the enemy long after you have escaped back into the safety of your own jungle.

The green Scouting Mine spots that are closer to the middle of the map are good for either side, but I would really only suggest warding the outside one on your opponents jungle. Maybe that would change in the late game, but definitely not worth warding your jungle so close to your base unless the enemy is pushing hard into your side. 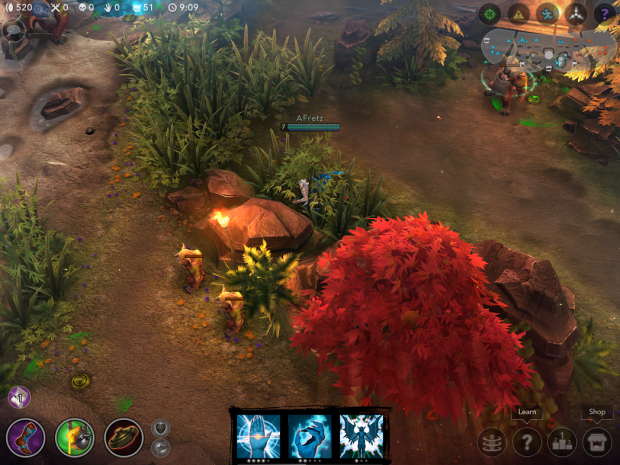 My personal holy trinity of vision all in one screenshot

A good laner will have one or both of the top red spots warded, but many times I find I need to purchase a few extra especially when my laner likes to push over to the enemy’s side of the map. The tri-brushes located at the middle 2 red spots are the front door to your jungle. It is the most likely point for an invasion, but it does get costly if your opponent knows to keep Scouting Mines cleared away.

I find it interesting playing a moba where the only communication you have with your team is a selection of a few types of pings. In fact I am pretty sure some people think the warning sign ping means “stay there until the enemy team shows up." Even though it can get mildly infuriating trying to impart your wisdom and guidance to a teammate, there are a few dos and donts of the ping system.

Do: send a movement ping if you are changing directions or going back to base before a possible team fight.

Do not: cover a team fight in pings

Do: Ping a warning on a bush if you suspect or know an enemy is nearby.

Do not: Warning ping a teammate 3+ times, once is enough

Do: Ping objectives you want to converge on with the white meet up ping. 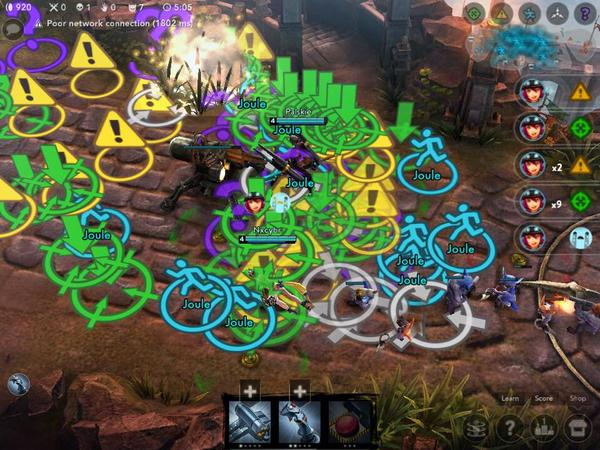 The biggest do not is spam pings. People are going to ignore you whether you like it or not, you are better off focusing on farming, warding, anything really other than trying to display your frustration by waiting for the ping cooldown to have more of your pings ignored. Ping once and move on or else you’ll start distracting yourself and even the guy you aren’t super mad at that’s on your team.

Eventually in most games a team develops a leader who makes decisions on the fly and the other two SHOULD follow that person’s pings. If you are in a game and you find you aren’t that person, only ping if you need to bail out of an invade. Confusion between contradictory directional pings is really annoying.

Equipment You Should Use 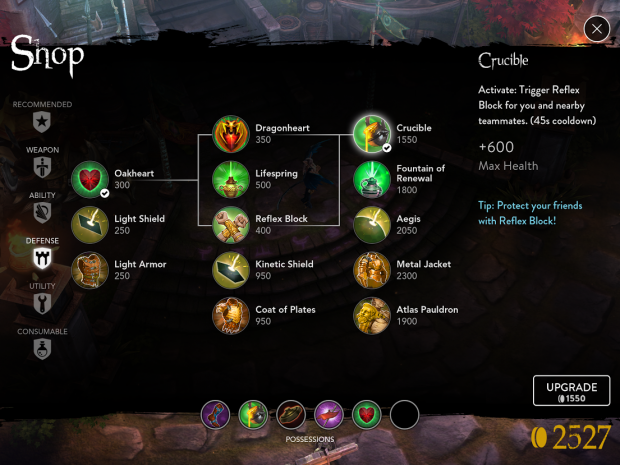 There are a few things you will probably be expected to do as a support. For the most part, you will need to be near the front lines of a teamfight and not die to the enemy looking at you funny. This means building health, defense and support items along with a very healthy dose of scout mines and flares. You will almost always buy an Ironguard Contract to start with. Sprint Boots and a Stormguard Banner should follow shortly after. At this point it is important to determine what your team needs most. If you need to get your team into or out of combat quickly, you may want to rush a Warhorn, but in general I usually stick to building a few of the tier 2 items like a Dragon Heart and a Reflex Block and wait for the enemy team to develop their builds a little more so that I am in a position to counter build them. If your enemies are Weapon Power and auto-attack heavy, the Atlas Pauldron is the best counter. Aegis is a solid item against Crystal Power enemies, but I would only build it after you have a Crucible to use for your whole team.

Crucible and Warhorn are the best items you can build to benefit your team, no matter what they build. Just be careful because rushing these items will cause you to have less health than spreading out between a number of tier 2 items. There are times that you need to be able to build offensive items as a support, but its usually when one or both of your teammates is lacking in damage. See how teamfights pan out for your team and if you see one of your teammates building tanky and jumping into the middle of the enemy team, it might be safe to build up some damage items.

Above all else, the most powerful items you can buy in the store are Scouting Mines and Flares. Never forget that an unwarded bush is an unsafe bush and that any enemies that are unseen on the map should best be considered to be in the worst place possible.

Holding onto a Lead and Playing from Behind

One thing I love and hate simultaneously about Vainglory is how at almost any given time, a poorly planned teamfight can cost a game for a team that up until that point looked like they were winning. The ability to swing a game even very late is a huge part of what separates a good moba from a great one. Preventing and creating a swing actually consist of the same basic ingredients. Maintaining wards, pinging meeting spots for your team, and clearing enemy wards will all set up a good team fight environment for you. There are a few other considerations depending on game-specific circumstances. For example, if the enemy team has a Joule or a Celeste, bunching up in a single bush might not be the best way to avoid their aoe attacks. If you are really tanky, sometimes baiting out an alpha strike (say if you are playing as a full tank Catherine) can be a great way to get your team an opportunity to attack unhindered. Generally speaking, if I can force the enemy to burn some or most of their mobility on getting to me, my teammates will then be in a much better position to run someone down or kite an enemy. Just make sure your team is on the same page and not clearing jungle camps when you decide to engage the enemy!

As a parting note, I’d like to say that many people regard support as a thankless job with low kill counts. I have to say that I strongly disagree and by far the most number of friend requests I receive are because I carried someone to victory from the support role. If you are looking to fill out your friends list with competent players that appreciate teamwork, playing support in an intelligent way is the best way to do so.