At first glance, Tiny Empire (Free) by Mother Gaia Studios acts suspiciously like another giant game franchise that resides within the physics-based launching genre. There’s projectile aiming, enemies you want to destroy, and a few twists on the ammunition being tossed. However, beyond the gameplay similarities is decent example of a title taking a genre that has been dominated by a huge developer and creating just enough change that it can stand on its own.

As mentioned above, Tiny Empire’s core mechanics are heavily inspired by the physics-based launching games pioneered on iOS by the likes of the Angry Birds series. However, Tiny Empire changes up the formula somewhat by removing a lot of the apparent randomization found in the destructible environments of Angry Birds. Instead, your primary goal is to launch your projectiles (which take the form of cannon fire) at an army of orcs. The orcs aren’t hidden behind buildings or crazy structures; for the most part this is an exercise in precision and is one of the reasons I enjoy Tiny Empire. 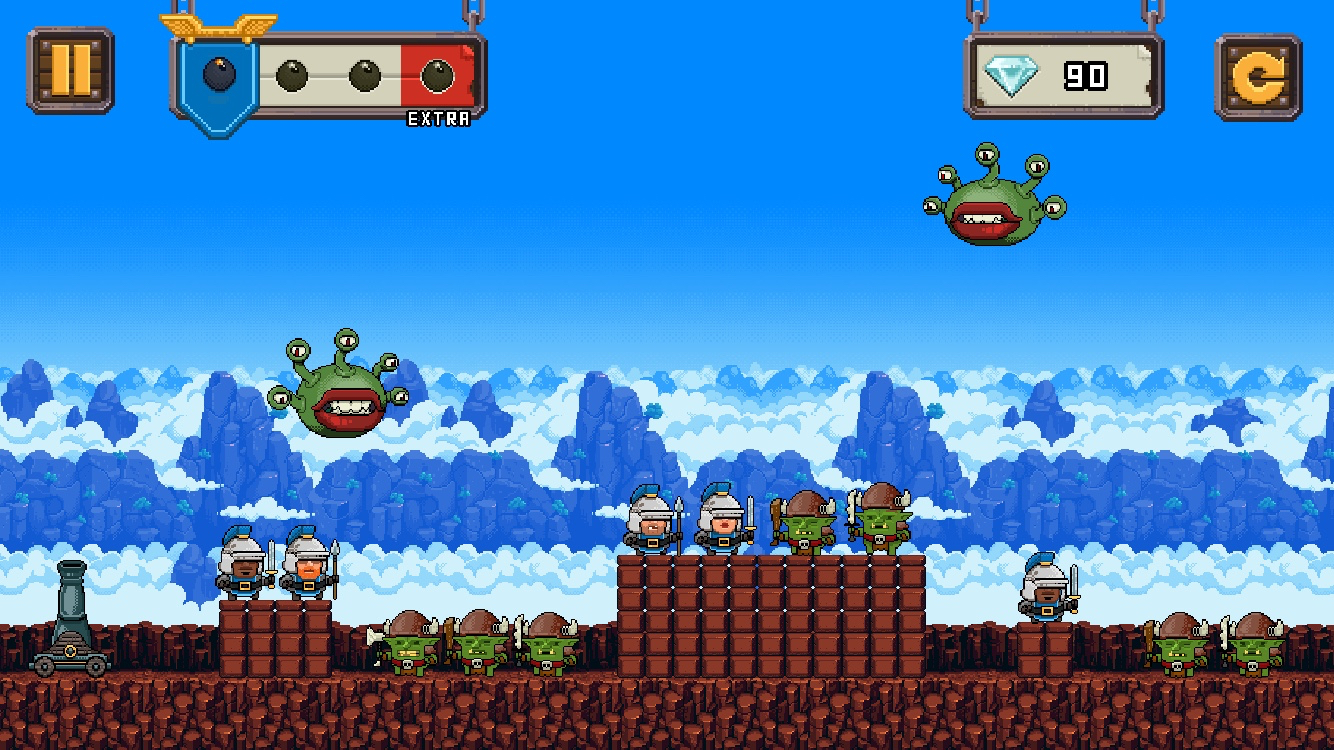 This emphasis on precision is an aspect that certainly changed my view on the game, for better and worse. For one, the distinct lack of a randomization factor that makes shooting a perfect shot a lot more rewarding. On the flip side, that also means the margin of error is much smaller as there aren’t many external factors that a player can count on to bail them out. This in turn may lead to more of a trial-and-error gameplay session, which can be frustrating. Personally, I loved the difficulty and thought it was a pretty refreshing experience int terms of needing skill to move forward.

In addition to an emphasis on precision, Tiny Empire does try and inject in a bit of variety in terms of level design and added enemies and power-ups. For example, as players run through levels, they unlock different kinds of cannons that focus on large swaths of destruction or precision small hits. Levels that afford players the opportunity to choose their shots, so there’ almost a puzzle element added as players need to decide which types of ammo are most appropriate for which sections of a map. Adding to the strategy are levels that include your own foot soldiers on the map, forcing you to try and aim your shots to hit the enemy while leaving your troops intact. Finally, there’s a decent amount of level variety towards the end that keeps the game interesting while amping up the difficulty. 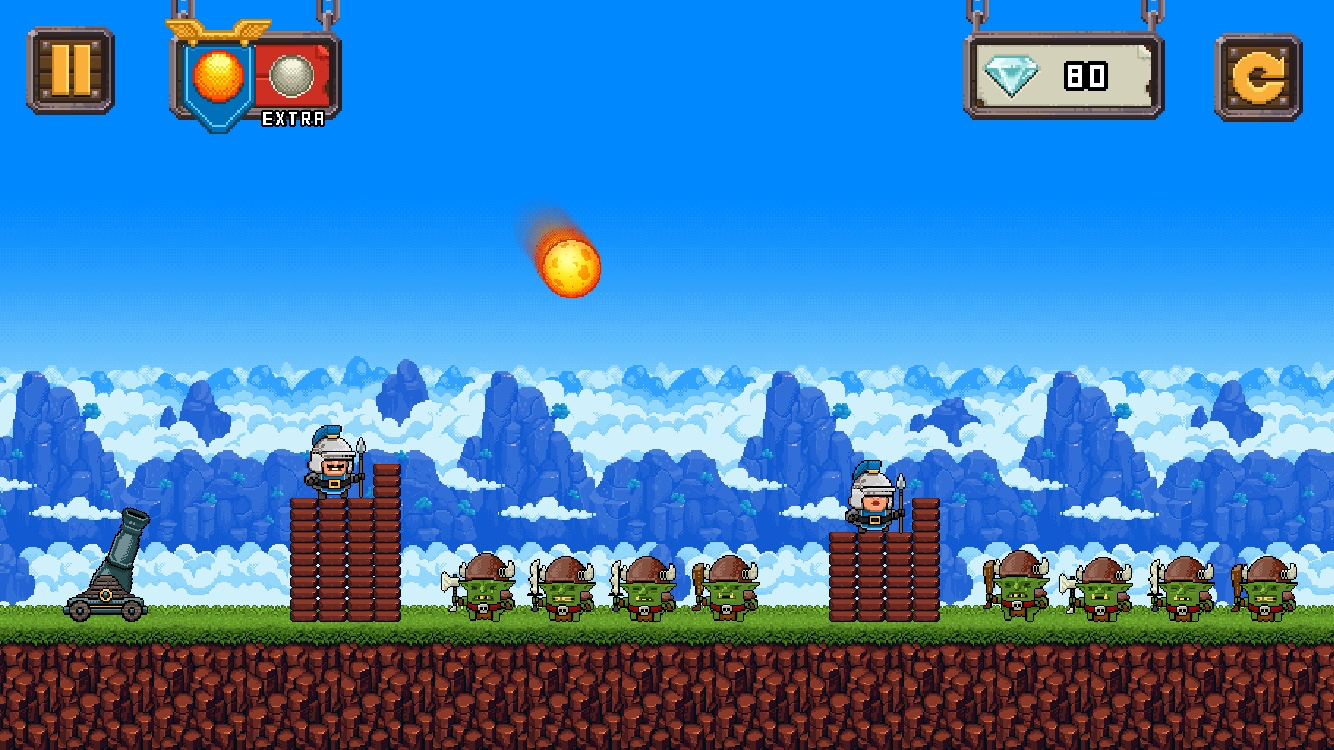 Complementing the game is an old-school art style with an emphasis on pixels that’s almost ubiquitous at this point in certain genres. While it’s probably not the nicest looking game with such an art style, Tiny Empire still manages to capture some of the charm associated with it. A plethora of cannon and helmet options help break up some of the potential visual monotony. Unfortunately, other than this small amount of customizability, I didn’t really find much in terms of visual variety to overcome the fact that we’ve seen derivatives of this art style way too much lately.

With a decent quantity of levels and pretty tough difficulty curve, I had an enjoyable time with Tiny Empire. It’s probably not going to reach the high approachability or even enjoyability levels as an Angry Birds, but it’s good within its niche. There’s always room for a game that prioritizes skill over luck (or IAPs, for that matter) and in this regard alone, I’d recommend checking it out.