The official App Store Twitter account is pretty awesome. Far from being just some robot arbitrarily tweeting out links to new games, you can tell that whoever runs the account gives it a lot of personality in the various apps and games that it chooses to talk about. Something that I believe is a new thing the App Store Twitter is doing is posting quick behind the scenes videos about some of the best iOS games. The first ones that I’ve seen are for the just-released Lara Croft GO ($4.99) and last week’s massive hit Horizon Chase (Free).

Note: Tweet embedding is being weird right now, so just click on each of the screenshots below to be taken to the respective tweets they’re showing. 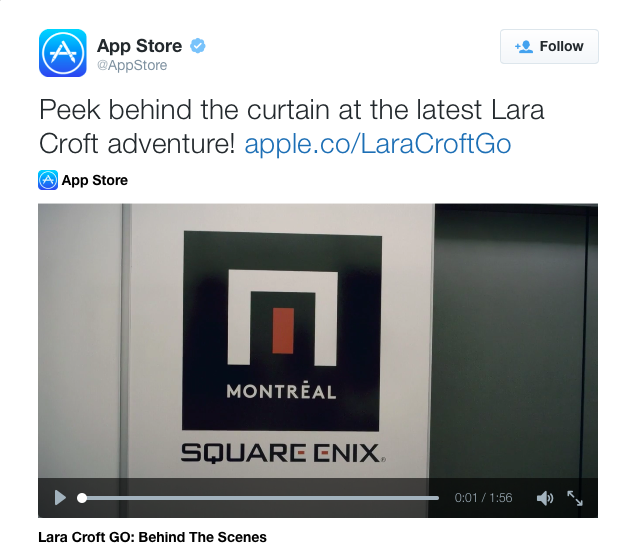 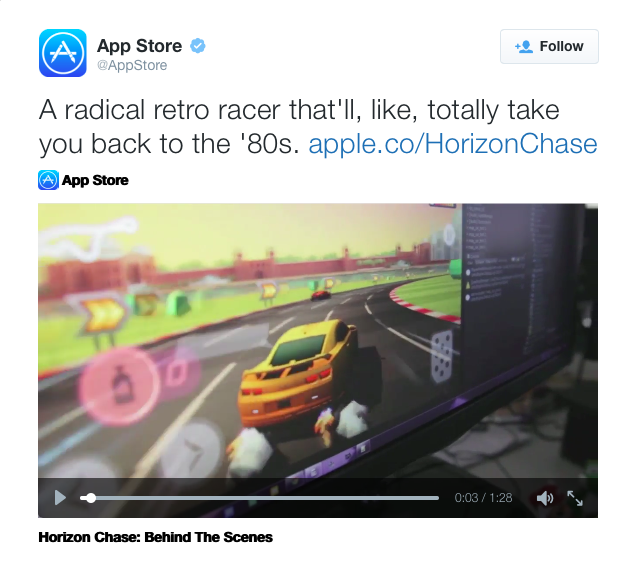 Neither video is more than a couple of minutes long, but both show a really interesting insight into the thought processes and overall goals each game was shooting for. Lara Croft GO absolutely catches the essence of Tomb Raider games but in a turn-based puzzle fashion, much in the same way Hitman GO ($4.99) captured the essence of the Hitman games. Similarly, Horizon Chase brought that nostalgia of classic arcade racers but dressed up in a modern package, creating one of the best racing experiences I’ve had on iOS. Hopefully Apple continues to do these little behind the scenes snippets as they’re really interesting, and hopefully they continue to do them for games as fantastic as Lara Croft GO and Horizon Chase.