Fancy Force’s gory physics-based trials game Happy Wheels (Free) took the iOS world by storm last week when it arrived on the App Store and quickly shot up to the top position in the free games chart. Happy Wheels was originally released as a Flash game way back in 2010, and has grown by leaps and bounds in the years since. With a cast of ridiculous playable characters and vehicles, as well as a community-driven level-creator which has over 6 million user-created levels, Happy Wheels has been a huge success in the world of browser games. Which makes me feel sort of silly that I’d never even heard of it before it popped up on iOS last week. Hey I’m old, I don’t know what these crazy kids are into nowadays. 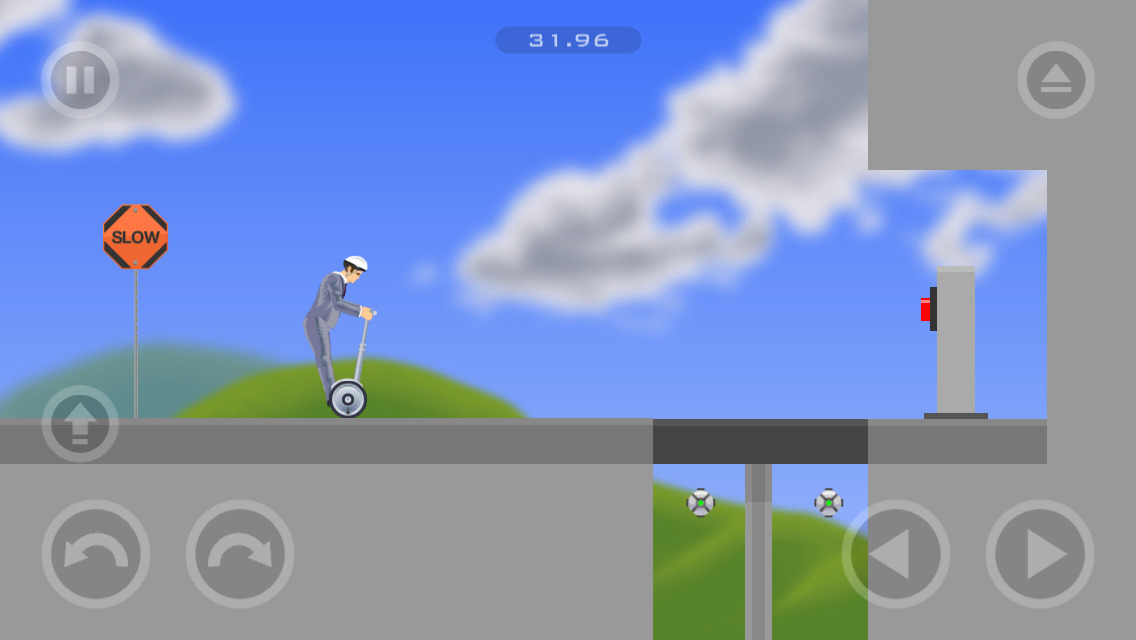 Anyway, if you were a huge fan of the browser version of Happy Wheels, you might have noticed that the iOS version is sorely lacking in content compared to its older sibling. Well don’t worry because according to a post by developer Jim Bonacci on the game’s official website TotalJerkface.com the stripped-down version of Happy Wheels that was released on iOS was totally intentional. Bonacci purposely submitted what he thought would be the safest version of the game just to get it accepted into the App Store and see how it was received. As Bonacci states:

“As you may have noticed, there is no user level browser. There is also only one character available for the 15 levels we provided. The game was released this way because the most important thing was just to initially get Happy Wheels accepted into the Apple App Store. Segway guy is probably the most tame and easy to control of all the initial characters. Seeing irresponsible dad and his son explode as they are crushed under a van isn’t the first thing I wanted the people responsible for judging the game to see."

Besides violence, Bonacci was also worried about the level editor and the possibility that user-created levels may involve something that violates Apple’s guidelines. You know, like penises or something. It’s certainly not the first time a developer has had such a concern. Anyway, as games like Geometry Dash ($1.99) have proven, user-created content can be the heart and soul of a game’s long-term success. It feels like that’s the case with Happy Wheels too, so it’s nice that more content is slated to hit the iOS version.

Also, being the current top free game, Bonacci understands there’s a whole new audience experiencing Happy Wheels for the first time. On that topic he states: “I know there are a lot of new casual players who have never seen the game before, and I’d like them all to know, preferably as soon as possible, that there is a lot more that they haven’t seen. There will be a user level browser, and we will release “featured" levels for other characters as soon as we have some quality stuff." So there you have it, straight from the horse’s mouth. Happy Wheels on iOS has big things coming, so give it a download and keep your eye on that Updates tab in the App Store in the coming months.