It’s kind of crazy to think that we saw Final Fantasy 7, one of the most beloved entries from one of the most popular video game series of all time, and Pac-Man 256, a fresh spin on one of the most iconic video games in history, both arrive on iOS this week. And yet, it’s the scrappy little retro-inspired racer Horizon Chase (Free) from Aquiris Game Studio which has taken up all of our free time since its release a couple of days ago, and surprisingly, it was an easy choice for our Game of the Week pick. 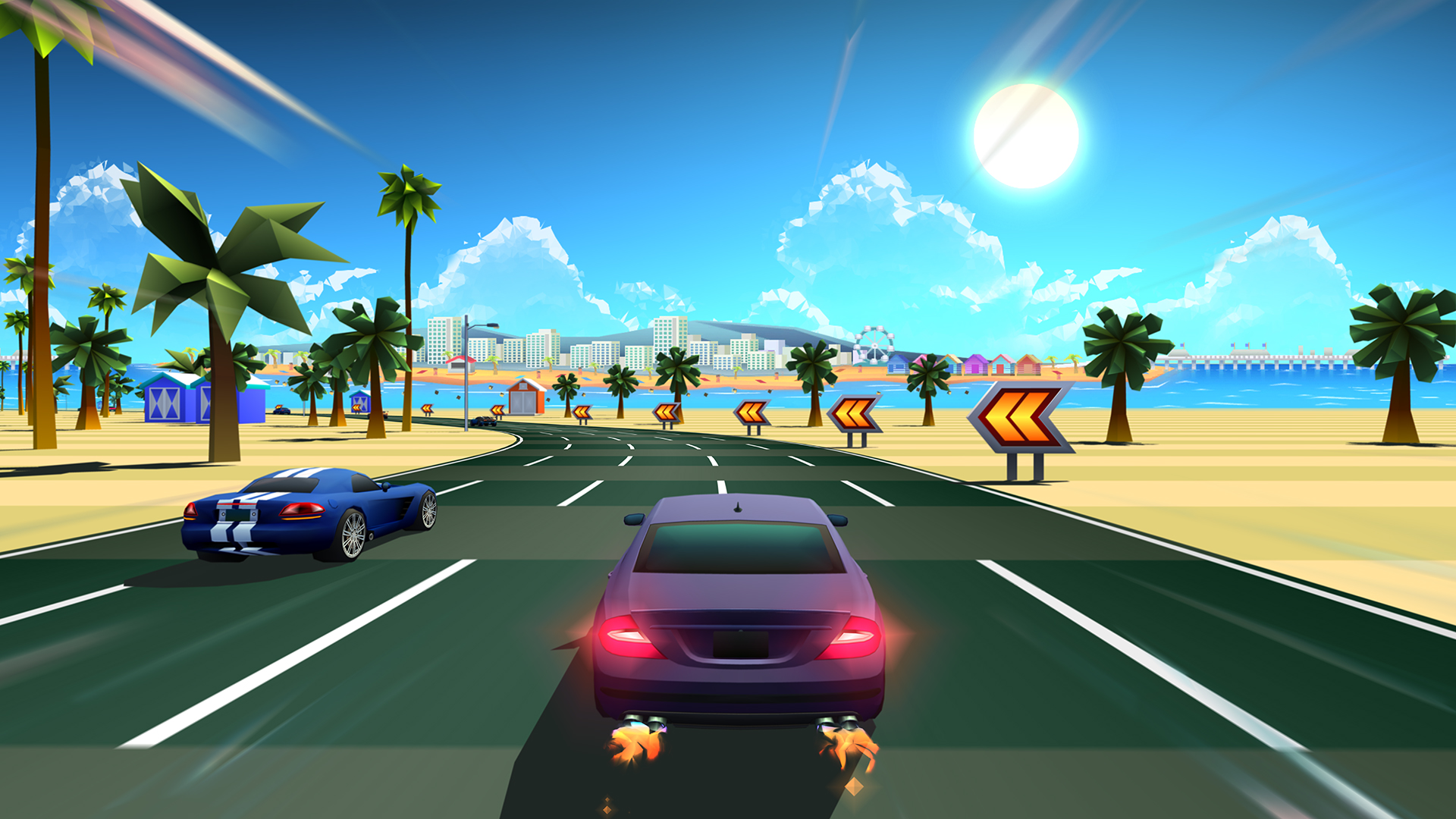 Gosh, where to even start? As mentioned, Horizon Chase is “retro-inspired", citing games like OutRun and Top Gear as inspirations, but it’s certainly not a game that could have ran on the hardware of the ’80s or ’90s. It’s strange, it totally straddles the line between being a retro title and being modern. The graphics are blocky but they’re not pixels, this game is totally in 3D and runs at an incredibly smooth framerate. It feels like what a gamer in the ’80s would envision as a video game of the future.

So Horizon Chase is slick as heck visually, but its gameplay also expertly blends the old-era of gaming with the new. I’ve often felt that modern racing games are just flat out too complicated for me. I mean, it’s great that games can be so realistic nowadays, but for my money I just want to plant my foot on the gas, trade paint with some stiff competition, and get a great sense of speed while I race. Horizon Chase delivers on all these fronts in spades.

The AI is surprisingly competent and dynamic, and puts up a real challenge. Close calls at the finish line are common, and this is a game that will get your adrenaline pumping while you play. Related to that, the sense of speed is wonderful, and that also goes back to how smooth the framerate is at all times. The actual racing is also very straightforward. Just smash down the gas pedal, let up on it occasionally during turns, and learn the various race tracks in the game. That’s about it. There’s a very basic upgrade system and incrementally better cars to unlock, but for the most part this is a racing game built around pure skill.

I feel like I could go on and on about Horizon Chase, it’s really that good. It looks great, it plays great, it’s got a ton of content, it’s a paltry 3 bucks with no in-app purchases. If you like racing games even in the slightest, you’d be doing yourself a favor by playing this little gem of a game. It’s doing well in the charts currently and people in our forums are raving about it, so hopefully that means there’s a long, bright future ahead for Horizon Chase.