Imitation is the sincerest form of flattery. But in the mobile world, developers are often subject to clones — where games are almost copied wholesale from the original. Having said that, there are occasions where games may start entire subgenres, like in the case of Angry Birds. Yes, almost everyone knows that Crush the Castle (and the numerous tank titles before that) was “first," but at this point Rovio has refined the formula enough to call it its own. Although we’re a bit early in the “Crossy Road" genre, Blocky Raider (Free) does a few unique things that allow it to make a name for itself.

The game controls identically to Crossy Road. Your mission is to take an avatar from the bottom of a screen to the top, in an infinitely scrolling isometric fashion. Tapping to either side will leap left or right, and tapping towards the top will bring you forward. That’s basically all you need to know — it’s up to your twitch skills from there. But where Blocky Raider excels is that it goes two-feet in with its Indiana Jones theme. 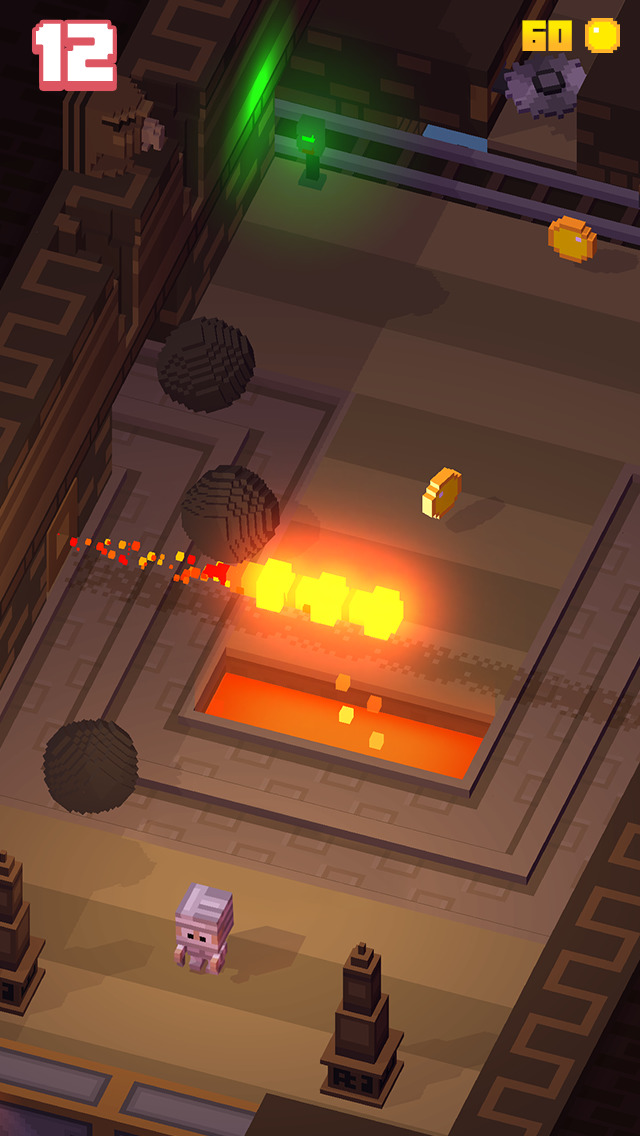 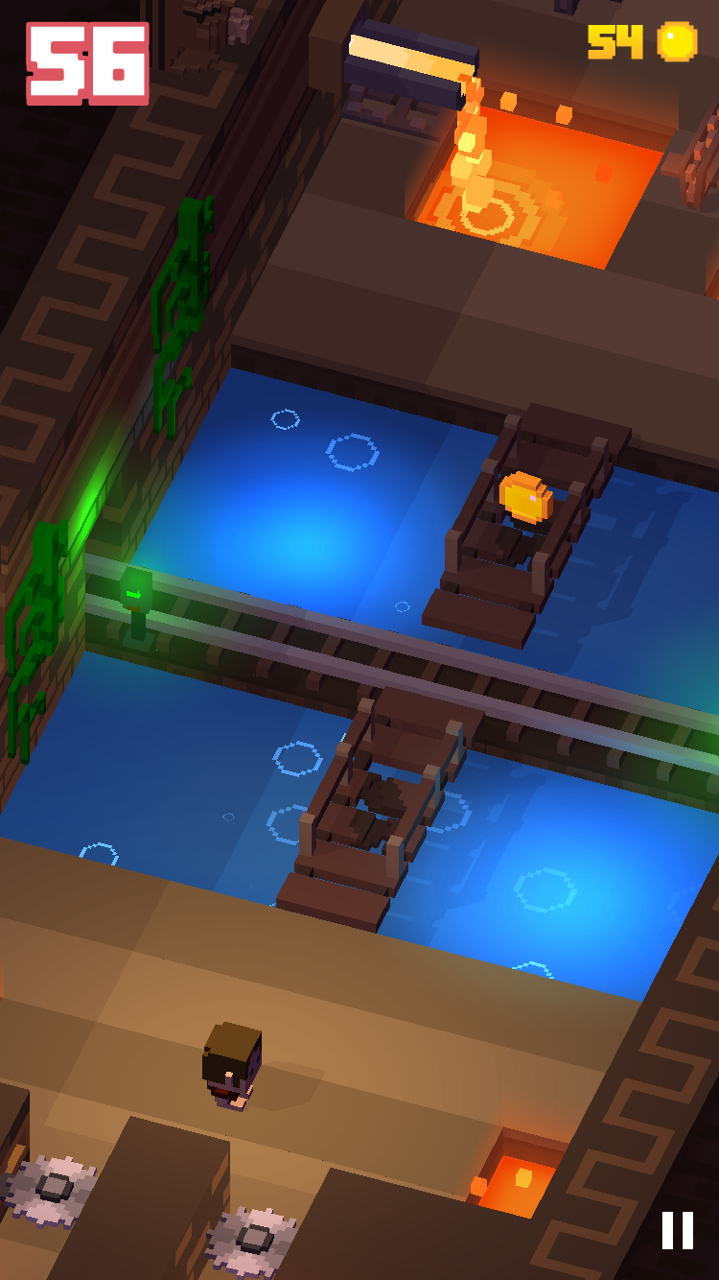 Framed around a dank, deadly temple, traps will appear at all angles, from arrows in the wall, to spike floors, to rickety bridges, to full-on fire hazards. What I like about this setup is that it’s inherently more skill-based, as there’s so much more to account for at any given moment. It’s a bit of give and take though, as it operates at the cost of more fun, lengthy Crossy runs.

In short, traps are literally present at every turn, and sometimes, you may die a cheap death if you aren’t constantly paying attention to your surroundings. This goes double for floor hazards, as the frayed bridges will almost instantly crumble, leaving you no margin for error.

IAP is set up exactly like Crossy Road, no surprise there. Although players can technically earn new digs and characters through normal gameplay (or by periodically watching ads), you can spring for a $0.99 purchase to buy anyone you want. Most of the costumes aren’t really all that special though, and you likely won’t be working towards them anytime soon with a casual amount of play. Thankfully, there are some secret unlocks to find that you can’t purchase, so there’s something to work for other than a top score.

Some parts of Blocky Raider are a little too similar to Crossy Road, but for the most part, it’s an enjoyable game that has a lot going for it. Having said that, I fully expect to go back to my Crossy addiction in a week.