Free-to-play is the most divisive issue among mobile gaming enthusiasts. A vocal contingent utterly hates it. The problem is that this group of vocal enthusiasts don’t put their money when their mouth is. If you despise free-to-play and want paid games to have a future, it’s time to start buying them, and to start making a point of the games you’re supporting. 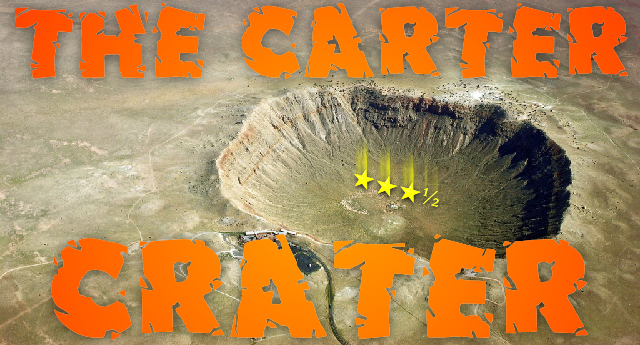 This isn’t a grand free-to-play defense. I like paid games, it’s kind of nice to play a game just once and not have to worry about paying any more for it. But, also, I know that there are games that I’d play for fun on my own that I wouldn’t have played if they weren’t free. It’s just not the world we live in any more. In the face of unending supplies of media, people don’t have to pay up front for games if they do not want to. Plus, there are so many players, from first-time players enjoying mobile games, and the generation growing up on free-to-play, that see it as normal.

But I still think that there’s a sizable enough audience of people who enjoy paid games. So while paid games might be a less-effective option for developers and publishers looking for mass market appeal and big bucks, they still should be a good niche option. I know plenty of developers would rather make paid games. And yet, despite these conditions of an audience that wants paid games, and creators that want to make them, even a modest paid game success still feels like a real surprise.

Maybe the mobile gaming enthusiast community isn’t directly responsible for free-to-play. But when it comes to paid games, we see too many examples where this audience won’t support paid games. They won’t buy them, they won’t pay fair prices for mobile games. And they crowd out more reasonable voices by demanding games be free or undervalued. The community needs to start putting its money where its mouth is, and to be more willing to pay for games at full price, and to not complain about waiting for sales or freebies.

The problem right now is that mobile games as paid experiences? They’re unworkable for developers, and as a player, you need to support developers who make the games you enjoy. Many vocal enthusiasts say they want paid games, but too many of them aren’t willing to pay for premium experiences, even when the exact same game is cheaper on iOS than on Steam. Like, Spider: Rite of the Shrouded Moon (Free) is presumably the exact same game between mobile and desktop, right? So why is it $12.99 on Steam and $4.99 on mobile? That’s ridiculous. There’s no reason why that should be the case. But when people are too unwilling to buy games at higher prices, then this ridiculous situation arises.

When Adventures of Pip ($5.99) first came out, and it was $4.99, I had two reactions: one was to bemoan to myself that the developers at Tic Toc Games chose to go with a lower price on mobile than on Steam. I mean, especially when you can establish that your game is worth $14.99 elsewhere, why not aim for some kind of price parity? My second reaction was to instabuy that sucker, because I was curious about the game, and hey – it was $4.99. It was presumably full price for mobile. But when the game rose to $14.99, I saw many complaints – and I had to say something about it. 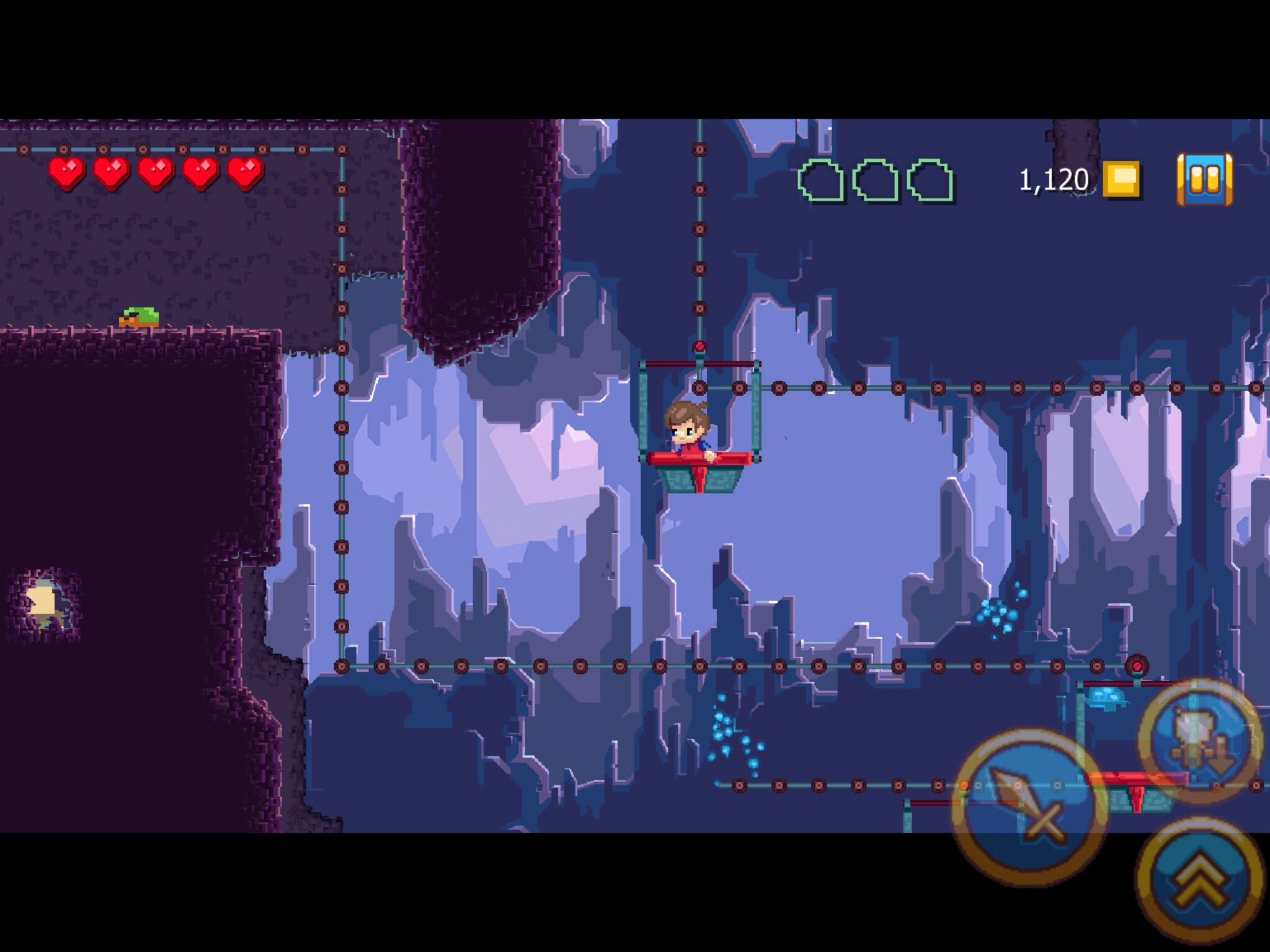 The problem is this: you need to see things from the developer’s perspective. If developers can’t make a living off of paid games – which they increasingly cannot do – then there will be no paid games for you to play. Mobile players have, for too long, enjoyed a skewed market that’s untenable. It’s one where they could get games like Radiation Island ($2.99), a massive open-world game, for only $2.99 – and it went on sale for $0.99 a few months later! The paid games market is broken, and players, if you want to fix it, you need to start buying paid games at launch, and supporting games that want to charge similar prices as they do on desktop. And I hope developers start accepting that they need to charge reasonable prices for their games on mobile for the health of everyone in the market.

I don’t blame anyone for feeling guilty for buying a game at launch on mobile even if it’s cheaper than it is on other platforms (if applicable). Launch is perhaps the most important time for a developer, and you can say that you supported them in this most crucial time. Plus, I totally think it’s fair for developers to give early adopters a discount, probably more so than giving late adopters one. It might not be as effective on Steam, where discounts get a big callout on the storefront, but it’s still an option. And in cases like Sproggiwood ($4.99) or DuckTales Remastered ($4.99), where the games were $9.99 for mobile, but $14.99 for desktop? You know, that’s not a terrible scenario. Ideally, they should be able to sell the same, sure. But there is precedent for games to be priced differently for different markets, and a $5 difference is reasonable. The $10 difference at launch for Adventures of Pip was kind of silly.

Here is the thing. When a game is the same on different systems, and is priced the same, as a mobile player, you have no justified grounds to complain about it. Why, exactly, is the same game made in the same engine worth less just because you can play it on a touchscreen? Why? Your grounds for believing that you should pay less are based on a warped market. Maybe it’s human nature that people flocked to cheaper games, yes. But for people who have a vested interest in getting the things they want – and those things being paid games – they need to be cognizant of the things they say and do.

So, here’s the thing that I’m asking of fans of paid games, especially the vocal anti free-to-play crowd. You need to start putting your money where your mouth is. Right now, the vocal crowd, even if it’s minority, is making unreasonable demands and making it difficult for anyone who is studying the market and trying to decide how to price their games to judge a fair price. If you want more paid games, you need to speak out and support the quality games that are fair prices. I’m not saying that you have to pay money for games that you dislike. Trust me, like I really wanted to give Heroki ($4.99) a higher score in my review because I wanted to support that game on principle, but I just could not. But I am saying that for the games that interest you? Don’t be afraid to buy them, and to buy games that are “expensive" for mobile. And get the word out there, make it so that whenever people see higher-priced games, that they know that there are people who think it’s a fair value for a fun game!

As well, if you think that supporting paid games is going to kill free-to-play, that’s not the case at all. Free-to-play realistically isn’t going anywhere. Paid games will be a niche, and maybe not even one that’s around for all that long. There’s a ton of kids growing up right now who think it’s ridiculous that you have to pay for a game upfront, why would you do that? But you can help make that niche market survive for maybe just a bit longer. Maybe even forever! Arcades might have died off as the dominant way to play games, but the idea of coin-operated machines? It’s not an entirely foreign concept.

But if you want this future where you can still buy games and avoid free-to-play entirely, you’re going to have to do something about it. Granted, there’s still so many paid games that you can just ignore free-to-play entirely, but, whatever. I understand some of you are students and don’t have much disposable income. That’s fine, just be as good a cheerleader as you can. And I’m not saying that you have to skip buying games on sale. I’m guilty of it, and hey, sales are a perfectly valid tactic. Just don’t only buy games on sale. If you want paid games to survive, start buying them! Maybe you alone can’t save paid games, but perhaps a movement to support them could go a long way toward convincing developers that they can make it on mobile with paid games.