Hello everyone, and welcome to the week! It’s time once again for our look back at the noteworthy updates of the last seven days. It’s a weird mix this week, with a bunch of the F2P giants getting updates along with plenty of popular premium titles. Of course, you can keep an eye out for updates yourself using AppShopper Social (Free), the watchlist in the TouchArcade App (Free), or by participating in the TouchArcade forums, but this weekly summary is here to fill in the things you might have missed. Let’s dig in!

Phoenix HD, Free Long-time favorite bullet-hell shooter Phoenix HD got a big overhaul to its presentation last week. If you’ve got a Metal-capable device, the new look is drop-dead gorgeous, but even if you don’t, you’ll still see some big improvements to the visuals. Unfortunately, some people are having crash issues with this update, but the developer is hard at work putting together a fix as you read this.

Trivia Crack (No Ads), $1.99 Here’s a weird update. Trivia Crack, in both its free and paid form, have added a sort of gatcha system to the game in the form of collectable cards that give you special powers. If I’m understanding right, you earn gems by playing that can be fed into one of a few different machines, which spit out a random card. The cards have various effects. I’m not sure how this will affect the game’s balance, but hey, it’s something to do, right? 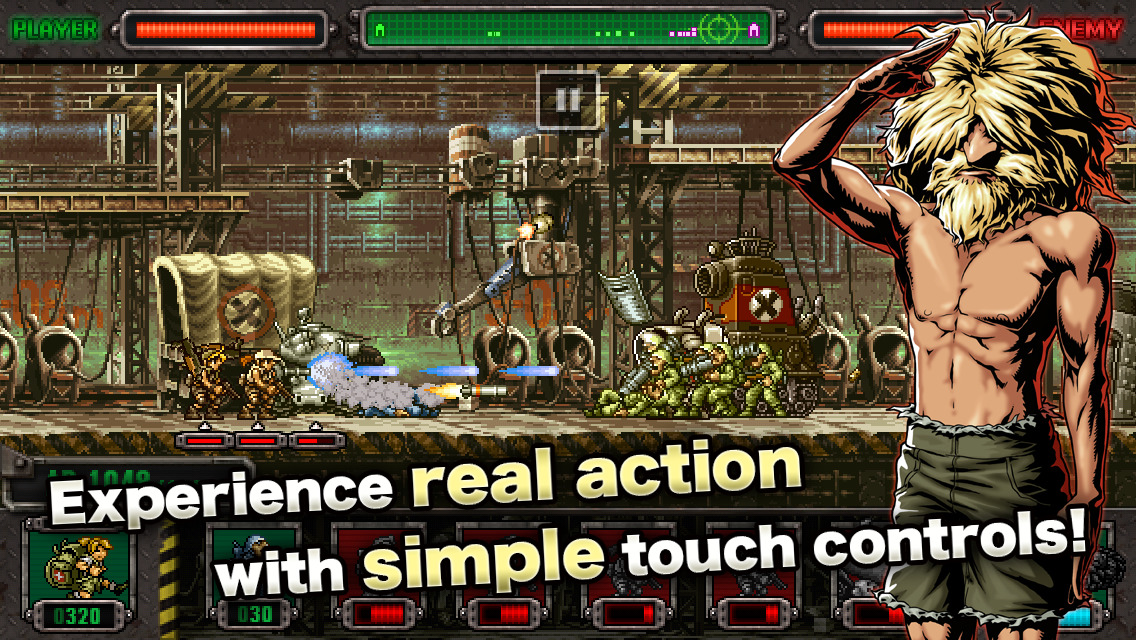 METAL SLUG DEFENSE, Free It’s a pretty normal update for Metal Slug Defense, which means a few new King Of Fighters characters, some new units and areas, and new special missions. The guest characters this time include Kim Kaphwan, Chang Koehan, and Choi Bounge, collectively known as the Korea Team. So if you ever wanted to take down mummies and a crab tank with a tiny Freddy Krueger expy, you know where to park your van.

Door Kickers, $4.99 Door Kickers, which is **not** a 2015 remake of Chunsoft’s classic Door Door as I’d originally believed, got some extra content in last week’s update. In addition to a bevy of bug fixes and tweaks, there are four new maps and four new weapons to play around with in the latest version. Go out and get those doors, friends! Take no crap from them!

KingsRoad, Free KingsRoad‘s next big event is called Volcanic Power, and it runs from August 19th to September 2nd. A new trinket set awaits the diligent, as usual. This update also bring elemental damage to the game, allowing you to collect special runes that allow you to use elements to attack your enemies.

Combat Monsters, Free Lots of stuff in this update to Rubicon’s under-appreciated card battler. Vampires have been added to the game, and they’re not set up the way vampires usually are in games like these. Several other monsters have gotten some tweaks for balancing. There are a bunch of new runes and spells, and a new deck format called Hordes that forces you to use only monsters in your set. Those who enjoy playing multiplayer in real-time rather than asynchronous will find the rewards have been massively boosted, in an effort to get more players to give it a try. There are a bunch of other tweaks, fixes, and so on, but you’ll have to fire up the game or visit Rubicon’s website to check them out yourself.

Furdemption - A Quest For Wings, Free The latest update to Furdemption adds The Widow’s Den, a set of 40 new levels with a few new tricks and traps for you to overcome. This version also adds Game Center support for leaderboards and achievements, new music, and an option to turn off the gore in case the little ones want to try the cute bunny game. There are also a bunch of bug fixes, which may not be very glamorous but are certainly appreciated!

Spider 2 - GameClub, Free Spiders don’t really give too many figs about our abritrary barriers and boundaries in the real world, so why should they care in a game? This update removes the need to solve puzzles to open up the main stages, allowing you to explore freely even if you can’t figure out what’s going on with that gargoyle or whatever. You’ll still need to solve those puzzles to see everything, though, so don’t relax too much.

Star Wars Rebels: Recon Missions, Free Mmm, free characters. This update adds Padawan Ezra and his weird blaster Lightsaber thing, and he’s totally free. The game’s difficulty has been rebalanced some in the player’s favor, for the most part, and the load times have been massively reduced. Not bad! 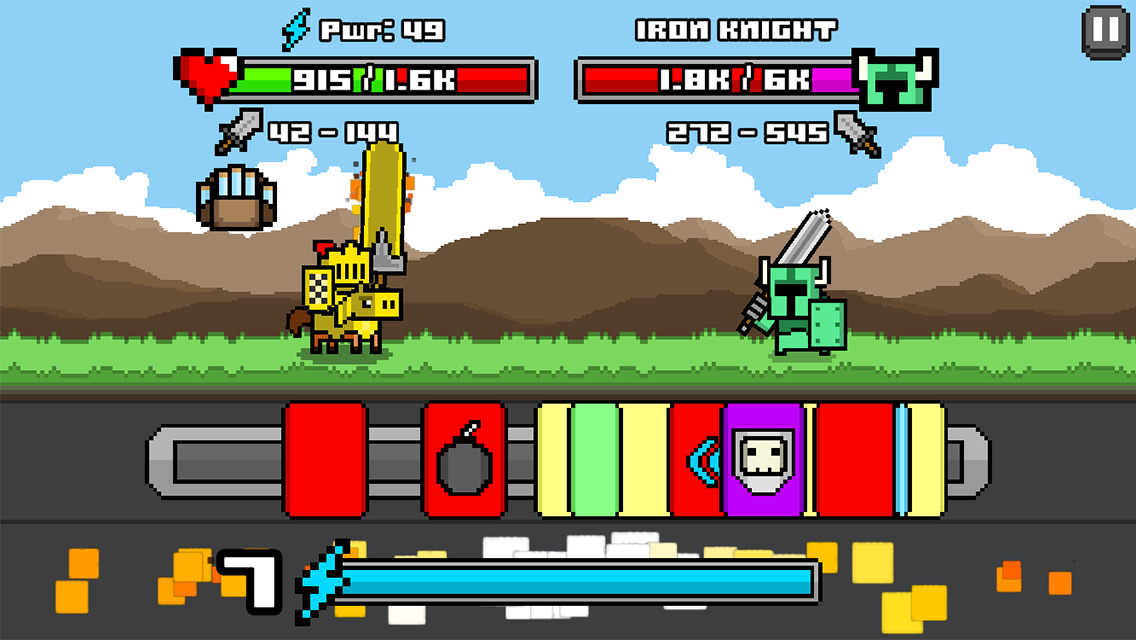 Combo Quest, Free The knights in Combo Quest have teeny, tiny legs. It’s frankly got to be rough getting around on those little things. As of the latest update, you can now ride one of three horses into battle, like a proper knight should. Each of them gives a bonus to your HP, allowing you to last longer against your foes. There are also a few new supported languages, specifically the ‘FIGS’ in ‘EFIGS’.

Fallout Shelter, Free The updates to this game really can’t come fast enough. I mean that. Anyway, those of you who are champing at the bit for new content have at least a little bit to chew on. This update adds new enemies and some new behaviors for existing enemies. It also adds a $0.99 IAP for a character that will play the game for you, which I suppose is convenient, because who wants to play a game, yeah? The rest of the update mostly concerns bug fixes.

Disney Frozen Free Fall Game, Free While you wait for the Frozen team’s next movie, why not try to work your way through the 30 new levels in this update? Well, I’ll tell you why not: this update kind of breaks the game. Oh, well. Once it gets working properly, you’ll find that the new levels include hot spring geysers. They have a predictable effect on ice and snow blocks.

Cards and Castles, Free Another update with too many things to list. That shows the developers love you, friends, though they clearly have it in for ol’ Shaun and his typing fingers. The highlights this time include revamped hero card mechanics, a new mulligan system that lets you change out a few cards from your starting hand, improved targeting options, a smoother difficulty curve that favors the player, and a bunch more.

Alpha Omega, Free Coming in time to save the mother-hugging day, it’s the All-American premium level pack for Alpha Omega! For just $0.99, you can pick up the pack which includes 96 new USA-themed levels. This update also reduces the price of the All Access Pass, allows Pass owners to unlock bridges in the Classic pack, and makes several small fixes and tweaks.

PokÃ©mon TCG Online, Free This update adds the XY – Ancient Origins expansion to the game, adding over 90 new cards. Dig out those code cards from the physical Ancient Origins cards you own, I guess! You also now have the option to share the contents of your deck with your opponent after the match. Plenty of bug fixes seem to have brought this version to a fairly stable state, as well. On an unrelated note, I saw the new Pokemon movie a couple weeks ago. The Pikachu short was as terrible as usual, but the main movie was okay. I mean, by the standards of this series. Son Of Musgrave enjoyed it a lot.

FINAL FANTASY Record Keeper, Free The English version of Record Keeper is actually starting to catch up to the Japanese version in terms of UI. It’s doing that by skipping a few Japan-only events, but hey, you takes what you gets. This version adds the ability to equip multiple Soul Breaks on each character, allowing you to choose the right one for each situation. But how do you get multiple Soul Breaks? Well, you can now master character-specific ones to permanently add them to your selection whether you’re using that piece of gear or not. Battle speed options are in, enemy HP display is in, and a quick option to remove all of your party’s gear at once is in. Everybody get naked! 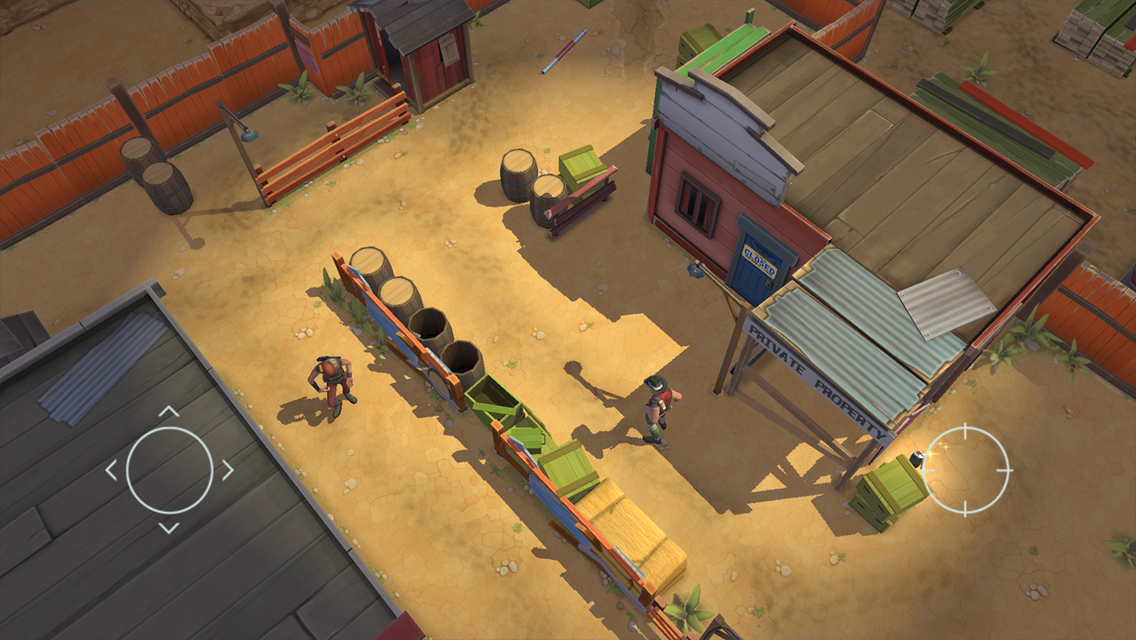 Space Marshals, $3.99 The third and final chapter of Space Marshals is here! This new, free content update adds a little bit more of everything to the game, including new enemies, bosses, story, weapons, gadgets, missions, mustaches, and more! Actually, wait. The mustaches are the same. To add anything more to those would be approaching a dangerous level of mustache-power. Thanks for looking out for our safety, Pixelbite! Your courage has been rewarded with the coveted Update Mondays Most Spider-Mans Of The Week award. Try not to get any metaphorical celebratory vermouth in your soup-strainers!

HELI HELL, Free Heli Hell adds an account system to the game so that you can play across multiple devices while carrying your purchases and progress over. The game has been rebalanced to be more difficult, with some stage-specific additions along with more robust and aggressive enemies. The update notes say that this is all to make the game more hardcore, which sounds an awful lot like a gauntlet being thrown to me. And that’s no good, because there are breakables in this room. Take those outside manners outside, bucko!

Dungeon Link: Adventure RPG, Free Dungeon Link‘s got a big list of new stuff that came with this update. Guild battles have been added, along with a bunch of new stages that finish off the first world and go well into the second. There are two new running attacks, and a whopping nine new heroes. I’m sure they’re all cute as a button, too! Who’s got the pinchy cheeks? You do, unusually well-endowed miniature cleric!

Pyramid Solitaire Saga, Free I feel like the story of this game is hopping right off the rails recently. Helena was in a temple in a mountain-top village somewhere in Asia last time, where she discovered a sacred sarcophagus was missing. Now this time she’s looking for clues in San Francisco? Why? Friends, I may have made a mistake in following this game for the narrative. Anyway, 20 new levels, have fun!

The Simpsonsâ„¢: Tapped Out, Free Well, sir, there’s nothing on Earth like a genuine, bona fide, electrified, six-car monorail! What’d I say? Monorail! What about us brain-dead slobs? You’ll be given cushy jobs! Were you sent here by the Devil? No, good sir, I’m on the level! The ring came off my pudding can! Take my pen knife, my good man! I swear it’s Springfield’s only choice, throw up your hands and raise your voice! Monorail! What’s it called? Monorail! Once again! Monorail!

Family Guy The Quest for Stuff, Free How can Family Guy combat the sheer unstoppable force of a monorail? By bringing out the celebrities, of course! PeterPalooza is here, and it’s packed with star power. Avril Lavigne! Snoop Dogg! Rick Astley! Deadmau5! Weird Al! Alice Cooper! This sounds like the worst collection of people you could ever be trapped in an elevator with for a weekend!

Candy Crush Soda Saga, Free Not too much to talk about here, as it’s just the usual set of 15 new levels with another animal friend dishing out a few nonsensical lines of dialogue. That brings us to 465 levels in total, and I’m only on level 237. Things are not looking good for me catching up anytime soon, sadly.