Angel Stone (Free) by Fincon is an aesthetically pleasing, high fantasy adventure game that invites players to join a revolution against grotesque monsters and other such things that go bump in the night. The Angel Stone app is unique in that the same player account can be accessed through iOS, Android, and Facebook simultaneously, although I stuck to the iOS version myself.

Players can pick between a Berserker, Shadow Mage, or Gunslinger. The Gunslinger is a particularly interesting option because it gives a steampunk feel to an already intricate and beautiful fantasy world, plus it’s an option not available in other similar adventure games. These small differences are what give AS its character, as it is otherwise a pretty typical fantasy RPG. Played can fight their way through various terrains (including training levels, co-op quests, and PVP battle-mode) in order to level up their character and his or her unique set of skills. Armour and other items can be upgraded at the blacksmith with collectables such as iron ore and mythril. Pretty standard stuff. While Angel Stone isn’t particularly innovative on these fronts, it definitely presents itself well, both visually and technically. 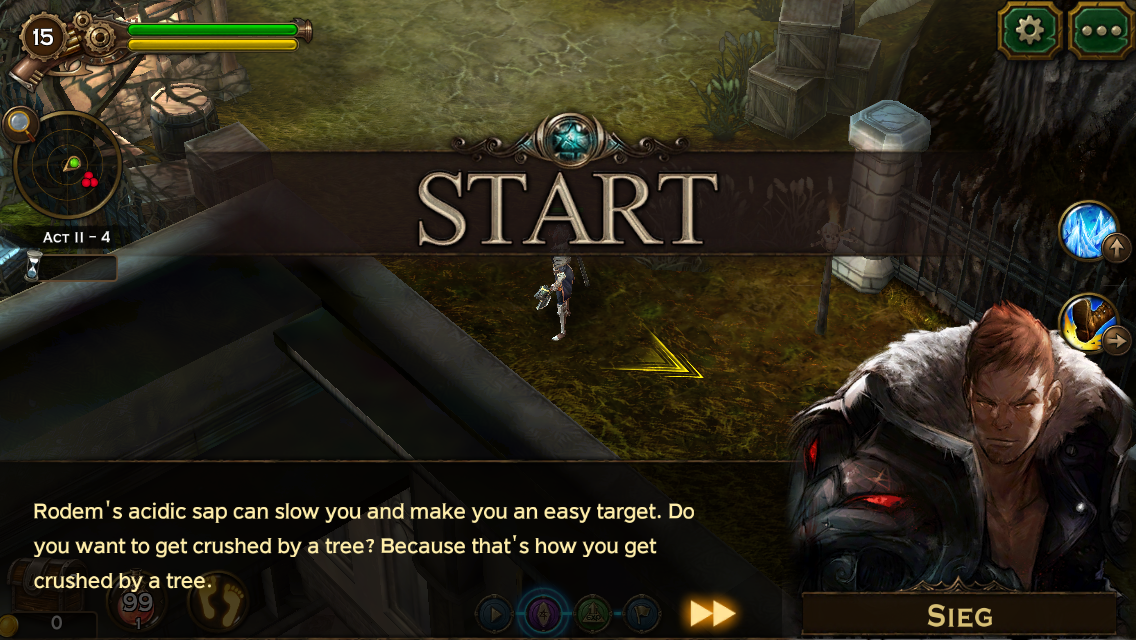 The game’s play mechanics and menu systems are pretty intuitive, so much so that the tutorial seems to drag on longer than necessary. It plays a lot like other RPG adventure games, with standard movement and attack buttons and “special skills" accessible with the click/tap of an icon on the side of the screen. The battle mechanics and level progression are easy, efficient, and a lot of fun.

The primary menu system, where you will find friend requests, quest notification, your mailbox, weapon and armour upgrades, and more, tends to be a bit convoluted. It constantly feels like you are forced to click through 2-3 more icons or tabs that is necessary. You will spend a lot of time flipping to-and-from various meta pages to collect log-in bonuses, send or receive friend requests, and sorting through the tangled knot of blacksmith/upgrade tabs. The item upgrading system could go for some tightening up as well, as it can really drag on if you have multiple items you wish to upgrade and plenty of iron ore with which to do so. Items are enhanced one level at a time, so to go through the same 5-6 button process (plus animations and brief dialogue windows) can get really old, really fast. 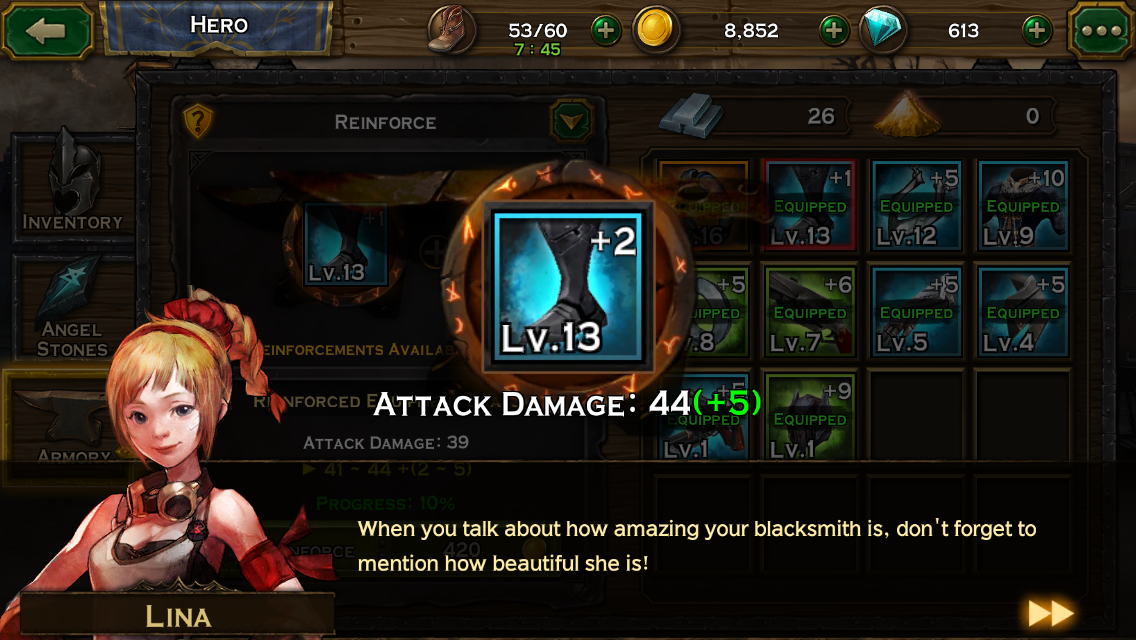 Angel Stone has a lot to offer, though, and is definitely worth checking out, since it’s a free app. Try it out on your PC through Facebook because the graphics and art really are stunning and deserve a closer look than a smartphone can provide sometimes. The game is also very generous with dishing out in-game “currency" (gold, gems, and stamina); you don’t have to worry about needing in-app purchases or getting stuck waiting for game attributes to refresh in real-time.

I would recommend the game solely on the artistic integrity and character design. Playing as a Gunslinger is a lot of fun when the typical Mage/Warrior/Rogue dynamic starts to feel a little stale. But for those who have a RPG niche, the Berserker or Shadow Mage are just as engaging to play. You can have multiple characters, so why not try them all?

Angel Stone definitely provides more than bargained for in a free app. The care and detail of the game developers is etched into every blade of grass and tongue of flame. You can even check out the game’s promotional website for a stunning animation sequence that pretty much sums up my thoughts on the game: Beautiful, incredible attention to detail, and loads of fun.