I am a child of the ’80s and ’90s. I like big hair, bad rock guitar, and neon colors. I love over-the-top characters, huge explosions, and storylines that make no sense. I also love when things are named by just mashing two random words together that sound cool but don’t really make any sense otherwise. Operation Dracula ($2.99) is all of these things. I grew up at a time when arcade games grew from chunky pixels and bleeps and bloops, to pushing dozens of huge sprites around the screen to a kick ass synth-rock soundtrack. Games practically screamed at you trying to get your attention in the arcade, and Operation Dracula feels like it was pulled right from that era. 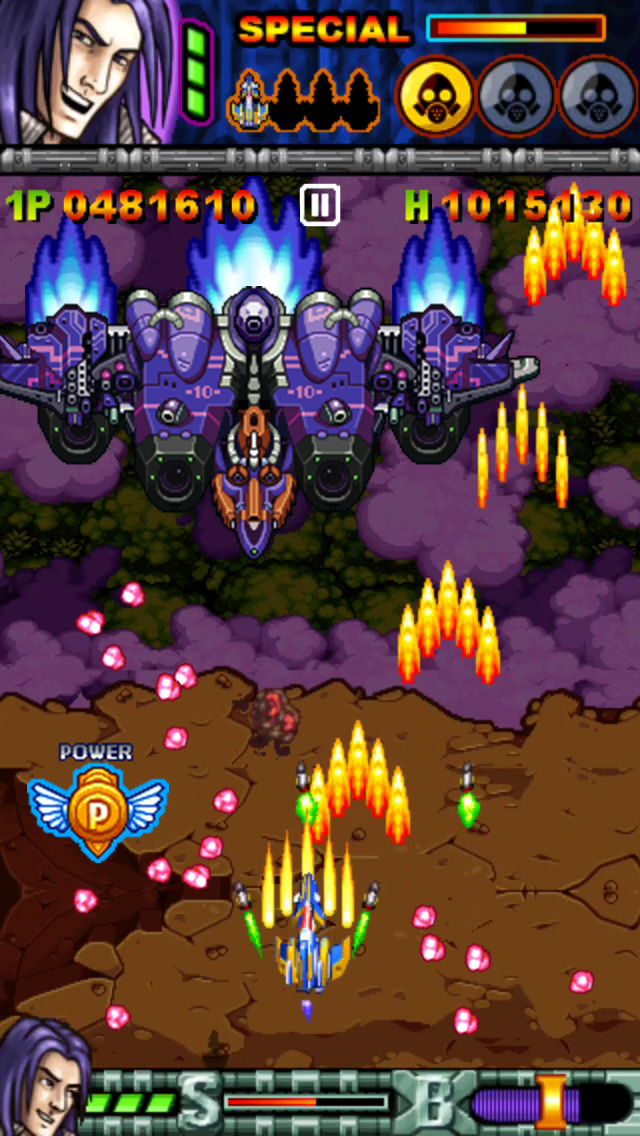 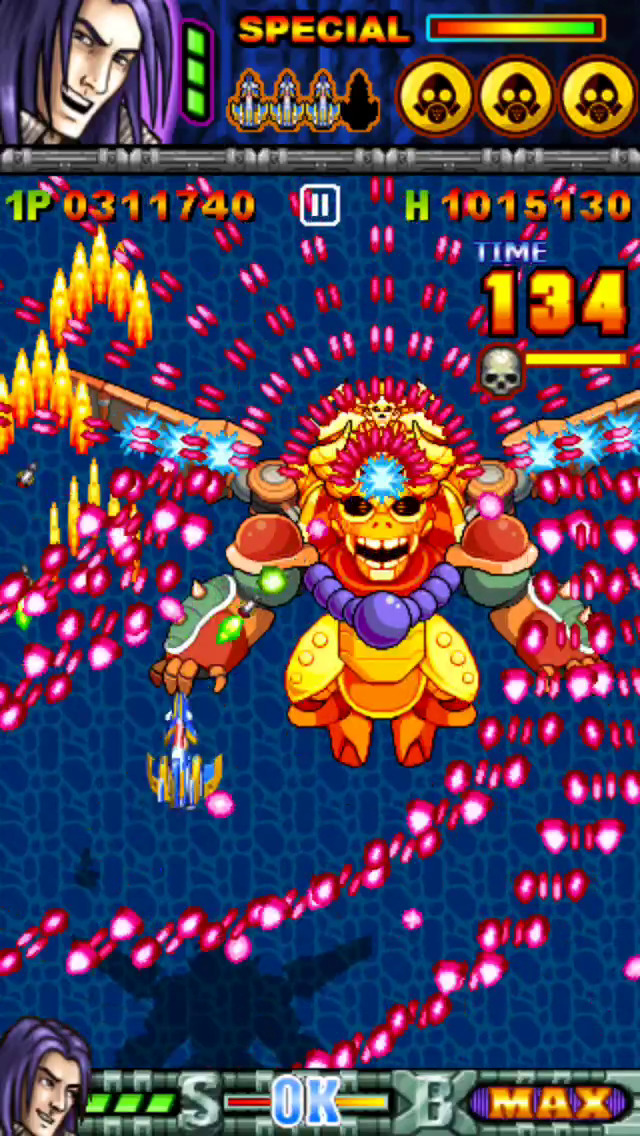 It’s a scrolling shooter with bullet hell influences, which means it plays more as a blast-a-thon where you need to dodge an onslaught of bullets, rather than a rhythmic game where you’re dancing through crazy bullet patterns like a ballerina. I don’t mind this hamfisted approach to tackling to different but related types of shooters, but Operation Dracula definitely takes some time to grow on you. First of all it’s punishingly difficult, even on Easy. The controls are pinpoint accurate though, so once you start to learn the different enemies and attacks and get your head around how the upgrade system work you’ll be slowly gaining progress with every new game. Half the fun is seeing your skills improve as you play.

The other half of the fun, of course, is the sheer over-the-topness of Operation Dracula. Like a big, dumb, Michael Bay action movie in the ’80s, it is constantly in your face, but in a good way. The soundtrack is especially wonderful, and in a really cool feature there is actually a built-in music player that let’s you listen to the whole soundtrack on your device even if you’re not playing the game. I’m rocking out to it right now!

If you go into Operation Dracula expecting a pure bullet hell shooter, you may be let down. It feels much closer to a traditional shoot’em up like Raiden Legacy ($4.99) or Sky Force (Free) with lots of nods to bullet hell shooters. That’s not a bad thing by any means, but it’s good to have the right expectations. If you like the silly style of Operation Dracula and crave an extremely challenging shooter experience, I think you’ll fall flat in love with this one just like I have.