Games Workshop is no stranger to iOS. You could be forgiven if you thought that they were just cranking out one app after the other with little forethought. Much like the army, however, there is the right way, the wrong way, and the Games Workshop way to make a game. Warhammer: Arcane Magic ($1.99) definitely follows the GW script and if you like some of the other titles they have put out, especially the gold standard Warhammer Quest ($2.99), I think you’ll like this one.

Arcane Magic is a turn based strategy game on a square grid. You are in command of a squad of wizards who have access to reusable class spell cards. You can also equip them with single use spell cards that can help get through the rougher fights you come across. Each chapter is quite similar. You are placed in a forest or icey wasteland or sometimes even a dungeon and you have to collect arcane nodes that are scattered about the zone. Each node, or group of nodes, has an enemy encounter where you will fight against harpies, trolls, giants, cygors(goat men basically) and a smattering of other enemies. The number of in game enemies is a little anemic and you might end up getting sick of seeing the same monsters show up in slightly increasing numbers in each fight. 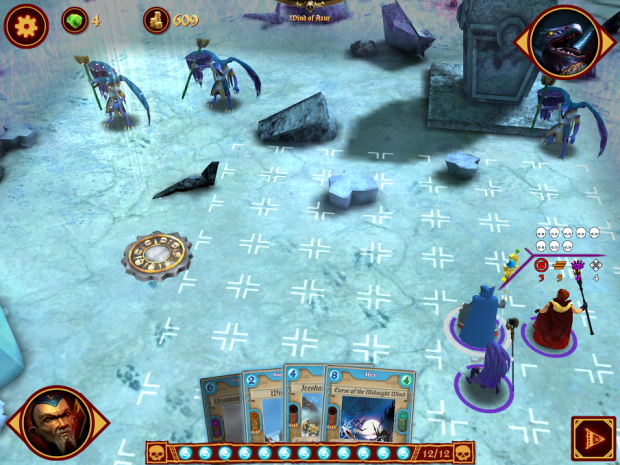 At under 500mb on my iPhone, the game is pretty trim for the visual and audio frills the game boasts. Normally with 3D games you end up with some strange viewing angle issues, but those are resolved pretty easily with a surprisingly agile and responsive camera control system. The narration given to each chapter’s story line is atmospheric and the voice actor is really amazing. Those rich dulcet tones will have you hovering over that skip button, but not really wanting to hit it.

There are two pillars that almost any GW game is built upon. The first is the almighty six sided dice. Their entire empire would fall into a heap without the cuboid star of the show. If you find yourself playing a tabletop or electronic version of a GW game, you WILL have an X out of 6 chance of doing something at any given time. I like most of their games, but I have to be in the mood to have the capacity to fail any and every attack that I needed to have succeed. For instance, if you find yourself in control of a demon lord and want to direct it to attack a very small and insignificant imperial guard marine (think less likely to survive than a Star Trek red shirt), there is a 1 in 6 chance you miss your attack. It’s kind of sad when that happens. 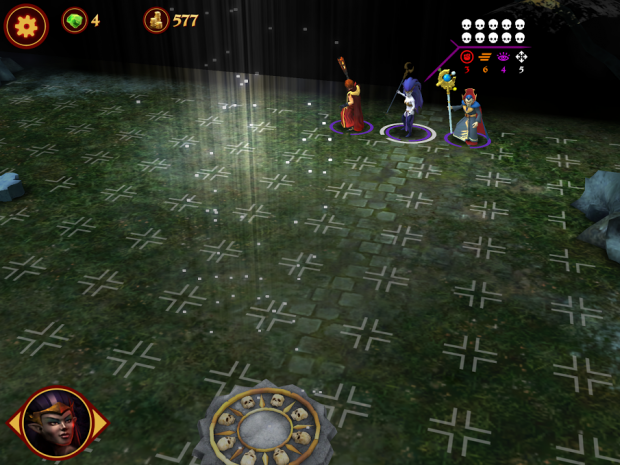 The second thing that GW leans heavily on is the previously mentioned fan support. You see, this company is less like a game manufacturer and more like a major sports team with the most rabid fans you might wish to come across. When they make a new figurine, or a new game, it is with the mindset that they are going to above all else deliver fan service to their loyal customers. This takes precedence over building a generally enjoyable game and even over a generally well received game. If they can make a game that a guy sporting 17 different Warhammer: Fantasy Battles armies and matching dioramas in his basement loves, they will do so at the expense of someone who has never heard of them before. Like em or leave em, but this formula has been a winning one for their bottom line for a long time. I guess thats what you need to know about the company to understand some of the quirky sides of Arcane Magic.

Arcane Magic has some pretty repetitive but increasingly challenging gameplay. You end up only fighting a small variety of monsters and the game slowly increases in challenge by adding more of the tougher monsters to each fight. As a game built on dice, you can expect to take damage from time to time just due to bad dice luck. Probably my biggest and most long enduring problems with GW is that no matter who you are playing as and who you are attacking, there is always a chance for failure (at best around 1/6 of the time).

You can strategize all day long, but when your aoe stun fails to cast, you’ll be taking some punches to the face for sure. Taking damage in the middle of a chapter means you are probably going to need to heal up which costs one of the game’s two in game currencies, warpstone. The other currency is gold, which can be bought with real money and also can be used to purchase warpstone.

Even with the random fails, figuring out the best way to dispatch the minions of chaos is a fun challenge. Most of the time, things do go the way you would expect and when you accurately assess how to take down a group of enemies there is a palpable feeling of accomplishment.

Some of you might be thinking, wait, this game is almost $10 and it has purchaseable in game currency? Yeah, it does and it also has unlockable wizards that cost about $4 each too. This goes back to the fact this game was made primarily for the pre-existing fan base of Warhammer. These fans are very used to paying a premium for Games Workshop IP. Whether it is small plastic and pewter minis or board games or video games, the expectation has been set that a GW product is a premium product and is priced in accordance. The good news is that extra game currency is not really necessary enough to spend real money on since you get plenty from each sortie you go out on. 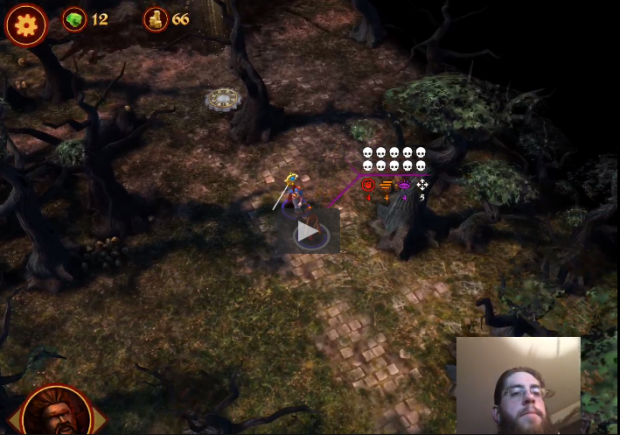 Check out my first impression on the Mobcrush stream

One aspect that I hope is much like Warhammer Quest would be some additional content soon with more of hopefully just about everything. The game could use more monster variety, more campaign mission variety, and maybe even some multiplayer. I won’t hold my breath on the multiplayer but I have good cause to expect that those other things may be on the horizon. What Warhammer: Arcane Magic is today though, is a well rounded game with a very slick visual style and fun gameplay. Is it worth $10? If not yet, definitely if we see a content update.