Race the Sun is finally releasing on mobile, months and even years after coming out on Steam and Playstation systems. It’s kind of a weird situation because, as one of our readers asked: “So it’s basically an endless runner?" I mean, yeah. That’s basically what it is. It’s a mobile game that took two years to come to mobile. It’s got daily modes, objectives, powerups; if you didn’t know that it came out on Steam first, you’d have thought that it was built especially for mobile.

And yet, somehow it’s a game that can sell for $9.99 on Steam, get reviewed by Gamespot, and get coverage on Polygon and Kotaku. It’s not out of interest in visually-minimalist behind-the-back endless ship-fliers so much – the similar yet released later Kayos (Free) got seemingly no mention at all from anyone outside of mobile gaming media. Yet Race the Sun is prominent enough that one of the developers at Flippfly can get an expert column published at Polygon on Steam mods.

You know why? Because mainstream gaming culture has a warped perception toward mobile gaming. A developer can present a mobile game as something acceptable to a hardcore gaming crowd, and they’ll consider it. This is taking advantage of the false perception of the quality of mobile games. Gamers are being misled by the most prominent voices in the community, including the press, who ignore great mobile games because they don’t care for mobile games.

I don’t blame the Race the Sun developers at all for trying to sell the game as a console and Steam game. It’s smart! They’re not the only ones who are doing this; I talk to developers regularly who want to avoid the mobile stigma on their game. There’s presumably a reason why Space Food Truck from One Man Left announced tablet support after they said it was coming to desktop. It’s because the perception is that mobile games are somehow lesser.

Race the Sun is a good example of how a good mobile game can be a good core game. It’s a fun endless runner, no matter which platform you play it on. I like the daily mode having the same level for 24 hours compared to say, Shooting Stars ($2.99), because the levels that are generated are infinite and can be explored to a certain degree, you have options that changes your long-term experience in a level. The menu interface is a little ugly, but I like the minimalist style of the game world itself. I’ve met the developers a few times, they’re nice dudes. I backed the Kickstarter way back in 2013. I wasn’t sure why the game wasn’t mobile, then, especially as it’s a rather ideal mobile game now. But it’s a strategy that now makes perfect sense to me: why not prevent a flawed perception of your game when you can fool a mobile-hating gaming culture instead, by making the game for desktop and consoles first, and then mobile later?

That’s just where we are right now in gaming culture, thanks to popular perception among “hardcore" gamers and the prominent outlets that promote the “mobile games are inferior" perception. While mobile games are full of a lot of dreck thanks to the fact that there’s a minimal barrier to releasing a game, think about it: there are 394,807 games on the App Store right now. If you go with the popular perception that 99% of mobile games are unredeemable crap, that’s still 3,984 quality games on the App Store. That’s twice as many games as came out on Xbox 360, period: 704 XBLA games and 1,163 disc games. A mobile game has different scope from a console game, but it is physically impossible to have played all the great mobile games. I know, mobile gaming is my life and I’m nowhere close to playing all the good ones!

And yet, mainstream gaming culture still looks down on mobile games.

For the players, I don’t blame them too much for this situation, as I think most people’s instincts are to find cool things and enjoy them. What they say they want and what they actually want are two entirely different things. It’s how you get people who hate free-to-play…but like Hearthstone (Free) or MOBAs, or Crossy Road (Free). That’s just human nature, but it is suboptimal. I’d like to change it, by trying to convince people their perceptions are flawed and that they should re-evaluate them. The things they dismiss are things they’d likely enjoy if they considered them in a different context. Maybe some of those folks will make the connection that mobile endless runners aren’t so bad after they see Race the Sun on mobile. They’ll realize that there are a ton of fun games in a similar vein on mobile. 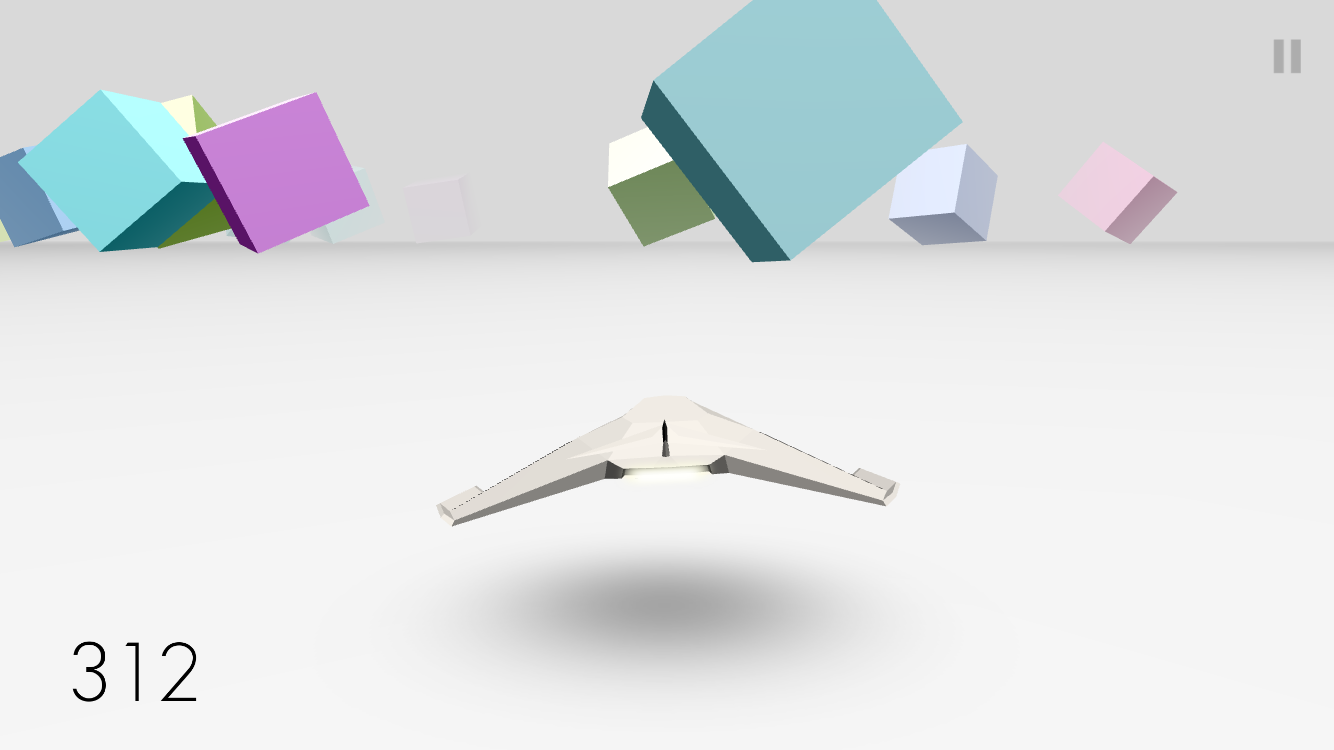 I instead leave my sharpest rebuke for the mainstream gaming media who seemingly don’t realize that they’re being bamboozled. Many otherwise-intelligent people in the gaming media despise mobile, and only talk about it when they can put it down. But as we see with Race the Sun, if you dress up an actual endless runner in the right way, you can convince them to cover the game. But, if this game was mobile to begin with, no one at any mainstream gaming outlet would give it the time of day. It feels like it’s true so many times over. It’s sad that Rocketcat Games will probably only get the love they deserve as an amazing game developer because they’re making Dad by the Sword for not-mobile. Wayward Souls ($7.99) was amazing regardless of it being a mobile game, and it could only muster cursory mentions at Polygon and Kotaku. Polygon hasn’t even reviewed a mobile-exclusive game since they reviewed Monument Valley ($3.99). It’s otherwise games that are also on iOS. The mainstream gaming press gives serious consideration to mobile gaming literally once in a blue moon.

Mainstream gaming culture as a whole, and led by its loudest voices, willingly look down on a platform full of talented developers and countless numbers of great games released on a weekly basis. Even the so-called weak weeks usually have a few solid games in them, but those games could never muster the attention of mainstream gamers or the media. It’s because they have a messed up perception of mobile because they don’t like Candy Crush Saga (Free) or they don’t realize that Mortal Kombat X (Free) is a CCG with some fighting game wrapped around it. But like the person who spent a hundred bucks on Hearthstone and curses free-to-play games in another breath, if you package up a “mobile game" in the right way, they’ll care.

These are the people with some of the most prominent voices in gaming, and they’ve shown time and time again that a developer can say “look over there!" and slap a “not a mobile game" sticker on their intriguing game that would otherwise be ignored. And I’m not here to put Flippfly or anyone else going mobile-last on blast for doing that. It’s a trick that works, and in a difficult and crowded market, developers have to do what they can to survive. Plus, it’s just creating the ideal situation by hook or by crook: Race the Sun and other games that try to avoid the mobile gaming stigma should be given a fair shake as a legitimate game based on its merits, not because it was sold in the right way.

And these people in mainstream gaming? They ought to know better. They need to start treating mobile games as legitimate games. There’s a ton of crap on mobile but there’s so many gems, too. Don’t treat great mobile games as a “surprise" when great mobile games keep releasing at a rate that’s difficult to keep up with. Stop ignoring a platform full of amazing games just because you don’t like Clash of Clans (Free).

It’s not just because it’s unfair to developers who make mobile games, and to mobile gamers who see developers being chased away because the only outlets that will cover their great games are the dwindling array of mobile gaming sites. It’s because mobile gaming is where players are increasingly playing games at, and if you don’t start treating mobile games with the significance they deserve? You’re going to become irrelevant really soon. Do you just fear mobile because you don’t understand it, mainstream gaming journalists?

So developers, as long as players and media that have flawed perception about mobile games, or eschew posting about them in favor of writing reviews for TV shows not related to gaming in even a tangential way, maybe you should dress up that mobile game and sell it as a console and desktop game first. Regardless of their actual strategy with the game, it’s effectively what Flippfly has done with Race the Sun, and it’s worked out swimmingly for their endless runner, which would have gotten a fraction of the coverage, sales, and attention it otherwise would have if it came out on mobile first. And while I understand why they and others are doing the same thing, great mobile games deserve respect for being great games, not because they were great console or PC games first.