Are you chomping at the bit to spray some money in Blizzard’s direction for the new Hearthstone (Free) card set, The Grand Tournament? Well, good news, if you download the new update which hit the App Store mere moments ago you’ll be able to preorder fifty packs of Grand Tournament cards for $49.99. If you’re planning on buying a bunch of packs anyway, this is a pretty good “value," as packs of Hearthstone cards typically run $2.99 for two packs, so this brings the cost per pack down to a buck. Oh, you’ll also get a super-sweet card back to use.

Fifty bucks might seem like a lot of money to spend on IAP, but this kind of thing is something I wish more digital CCG’s did. A big reason why I’ve never gone totally HAM on playing Magic Online is because buying packs for $3.99 a pop really sucks- Particularly considering basically every game store on the planet sells the actual physical Magic packs for closer to $2.99, or far, far cheaper if you’re buying in bulk, this is sort of the same thing. 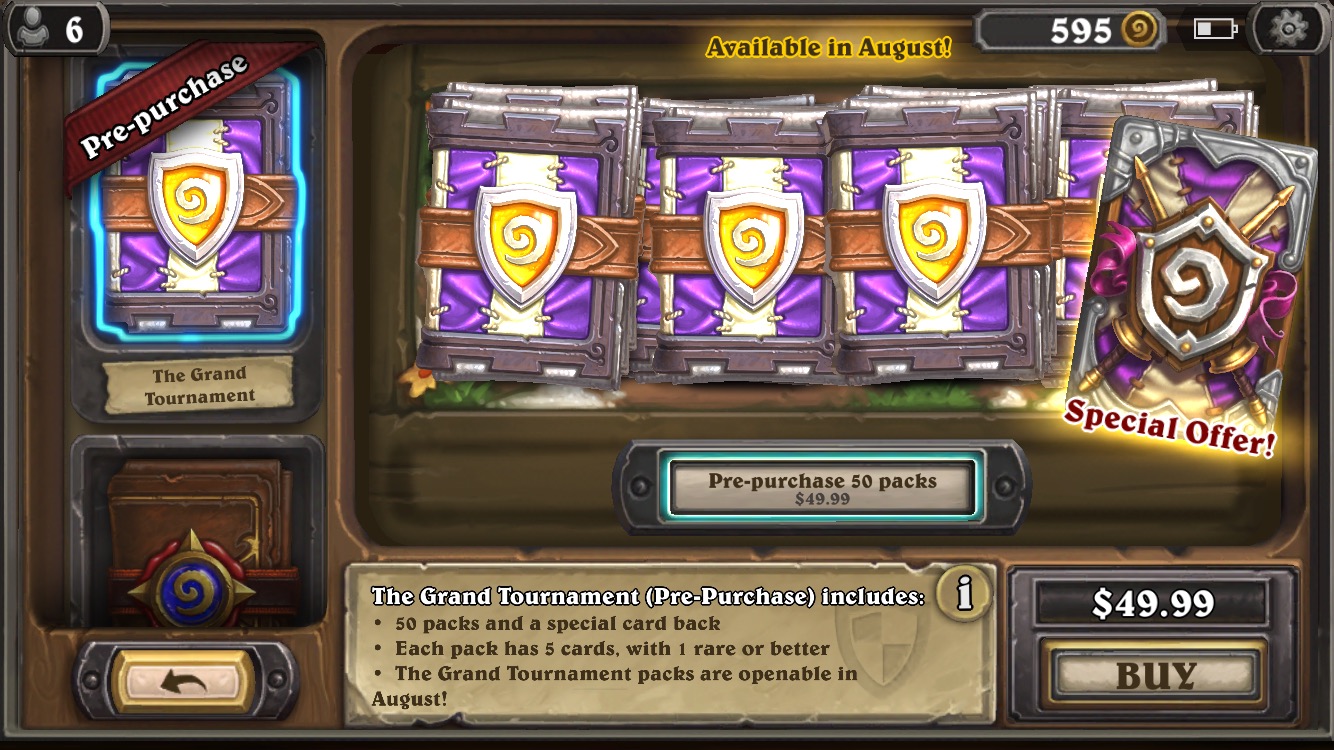 That being said, this preorder deal is supremely optional. I bought a bunch of Goblins vs Gnomes packs when that set was first released, and just by playing the game every day and doing my daily quests I’ve been at the point where I’m disenchanting the vast majority of the packs I open now for dust. Also, chances are you’ve probably got a ton of card backs by now, so what’s one more?

Oh, also, the weird duplicate Tavern Brawl thing has been fixed too, so go snag your free pack and go wild opening some portals.