With the new Grand Tournament card expansion on the horizon, interest in Hearthstone (Free) has started to spool up from people who either haven’t played much of the game or only dabbled in it previously. One thing I’ve seen both online and in conversations with friends of mine, is a general level of overall dismay towards getting involved in the game now because of how much the card pool is expanding and the concern that they’re never going to win if they “don’t have all the good cards." It’s a valid concern, but not one that should stop you from giving the game a try, because in collectable card games, losses rarely are directly related to your card pool.

Collectable card games are framed around the idea of buying cards, for sure, but buying cards does not make you a better player. I realize how incredibly discouraging it can be to download Hearthstone for the first time, spend the afternoon playing through the tutorial, and then finally playing your first few casual matches only to get completely blown out of the water by people with decks filled to the brim with legendary cards and the like. It’s not much of a logical leap to assume the reason you’re losing is because that person has spent way more on the game than you have, and if only you had those cards you’d win. Except… That’s rarely ever true.

Card sets in CCG’s are designed around the idea of a power curve, which basically means for X mana in you get Y card strength out. In Magic: The Gathering, this is referred to as the “Jedi Curve," which is a basic formula which states the specific progression of mana to abilities. For instance, 1 mana means you’d get 1/1 of strength and toughness (basically, the weakest creature card) or one ability. So, following the Jedi Curve, a 1/1 creature with flying (an ability that makes a creature unblockable by non-flying creatures) should have a converted mana cost of two mana. This formula dictates the rest of the game, and there’s anywhere between 10-20% deviation from that curve which makes for the cards which are “stronger" or “weaker". Curves like this are the rule that CCG cards are built on, regardless of rarity or whatever real-world money or in-game dust cost is associated with them. This means the cards you buy in Hearthstone are not necessarily that much better than the cards you get for free in Hearthstone.

When I played Magic competitively, I usually played really cheap decks. I went in phases where I’d buy multiple boxes of cards with every new set, often drop close to (or sometimes over) $100 a pop on single cards (and in Magic you basically need to run four) and my performance was rarely any better or worse than when I was playing junky red decks that maybe cost $100 total. What you come to realize when you spend a ton of time playing collectable card games, is your cards are almost secondary. Sure, you need to have a vaguely cohesive deck, which again, can be done with very cheap cards, but the rest all comes from understanding the game itself, knowing the meta game, and being able to reasonably predict what your opponent might do and how you can best react. None of those things cost money.

Going back to the previous example of a new player getting blown out of the water by someone with a deck full of legendaries and similar, if you were able to redo that match but have decks switched, a victory still isn’t guaranteed. I’d argue you’re just as likely to lose with the “good" deck. CCG’s are heavily, heavily skill-based games and card pools are an excellent scapegoat for personal losses. It’s a lot like playing a MOBA. Of course you didn’t lose because of anything you did wrong, you lost because of the other idiots on your team not playing better. Similarly, you didn’t lose a Hearthstone game because you got outplayed, you lost it because you didn’t have a specific card your opponent had.

With this mindset, you’ll never get better at any game. In League of Legends you’ll be trapped in Bronze V for eternity, in Hearthstone you’ll just lose a bunch, maybe buy some cards, lose some more, and then stop playing. Winning in Hearthstone isn’t a matter of cards, it’a almost exclusively your understanding of the game. When you lose, and you will lose a lot, take a look back at the game and try to think of what you could have done differently. If you start treating losing as a learning experience, instead of some kind of personal slight because you haven’t spent enough money, you will eventually start winning.

It’s like anything in life, if you don’t learn from your failures, you’re just doomed to continue to fail. Don’t get discouraged, keep plugging away, and try to absorb as much Hearthstone knowledge as possible through your defeats. Popular Hearthstone streamers and YouTubers make it to Legend in ranked play all the time on totally free to play decks. What’s the difference between you and Trump or Amaz? Simple, skill. How do you get better?

In the immortal words of John Cena- 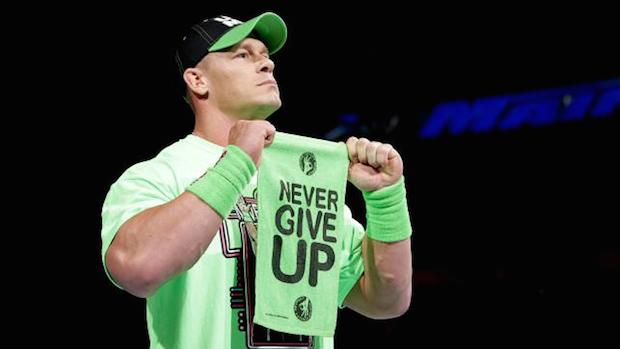