Thanks to the massive success of Rovio’s Angry Birds (Free) during the formative years of the App Store, physics-based puzzle games are probably one of the more, shall we say, over-represented genres on the App Store. At this point, I’d imagine most people have plenty of them in their purchase histories, and as a result, it takes something really special to make any actual waves in the genre. An initial glance at Earth Vs. Balloons (Free), which in screenshots looks very much like something that’s been done again and again on iOS, isn’t likely to turn anyone’s head. But after seeing the name of the developer, I had to check the game out. This game comes to us from Mangobile, the developer behind the equally plain-on-the-surface Kingturn (Free) strategy games. They’re probably never going to win any awards for presentation pizazz, and while the Kingturn games certainly have their twists, they don’t get by on innovation as much as they do from immensely solid construction and clever scenario design.

My hope was that Earth Vs. Balloons would prove equally deceptive after playing it for a while. True to Mangobile form, it’s a better game than it appears to be, mostly on the strength of clever level designs. That said, although it’s better than it looks, this is a genre where this developer’s particular skills don’t stand out as well as they do in the strategy RPG field. In a vacuum, it’s an enjoyable game that you could enjoy messing around with for a couple of hours. In the greater context of the overall App Store, it’s just another decent single-screen physics puzzler, and it’s hard to say who exactly is hungry for that. 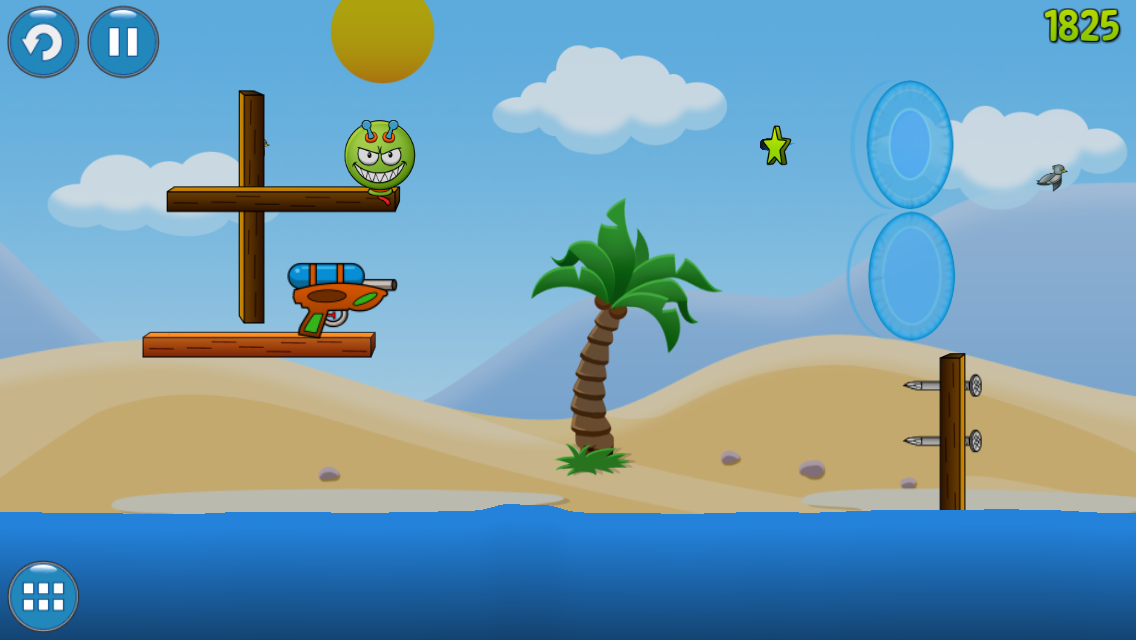 Your goal in each of the more than 90 levels in the game is to pop all of the alien balloons. They’re not much of a threat, being balloons and all, but they look quite mean and will mock you if you fail, so I guess that’s pretty unpleasant. Luckily for Earth, these aliens are susceptible to all of the usual weaknesses of balloons. In this game, you’ll be clearing the bulk of the threat out by pushing them against nails sticking out of boards. Ah, the trusty board with a nail in it. The secret nemesis of all alien invasions. These evil balloons behave like most normal balloons do, so you have to use the tools at your disposal to float them or nudge them towards the nearest nail and/or gun. In most levels, your main tool is an adorable Earth creature. They truly are tools, as their survival is of little importance so long as they perform their job in pushing the balloon where you want it to go.

You get to use penguin by default, but you can unlock a pig and a rabbit either by purchasing an IAP or earning enough stars in-game. The other two animals have different properties from the penguin, making them helpful (or very, very unhelpful) for certain stages. Along with your animal buddies, you’ll be able to make use of props such as fans, magnets, moving platforms, and guns. There are actually quite a lot of things to play with, though most of them have seen heavy use in other games, such as the predictable appearance of portals. It’s not always clear what you can or can’t interact with, which I’m guessing is a result of Mangobile working outside of its usual element. The first few seconds of many stages involve tapping around to see what is or isn’t interactive. Some of the stages require you to get moving right away, which can be a little frustrating when you’re still not sure which pieces you can move. 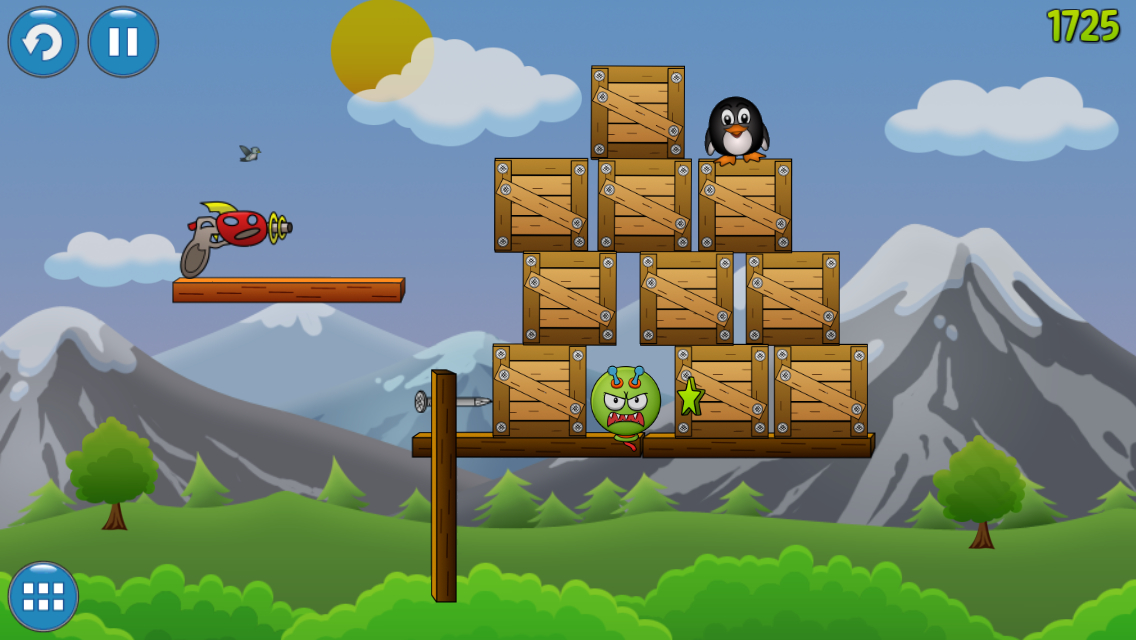 All of these toys ensure that just about every stage presents a fairly different test of skills from the last. It also makes the difficult slope look a bit like a range of craggy peaks, depending on which parts of the game you’re good at and which you have issues with. The game starts off very soft in terms of difficulty, with most early stages being a piece of cake to clear and get the special star on. It gradually picks up until the halfway point, where things start getting downright tricky. As with most physics games, there are usually several ways to clear any given stage, but the position of the star usually gives you a hint towards the developer’s intention. If you get stuck, you can buy an IAP for a master key that lets you unlock every stage.

Some of the stages require you to not only figure out the puzzle behind them, but also perform some tasks that require tricky timing and only give you one shot at getting it right per attempt. With most stages being pretty short and the restart button being quick and convenient, failing these tasks isn’t the end of the world, but the slightly fussy controls can make things frustrating when trying to manipulate a small object messes up your split-second chance at success. I tended to prefer the stages with a more relaxed puzzle feel as a result, though I have to admit, it was incredibly satisfying when the more complicated quick-reflex stages worked as they were meant to. 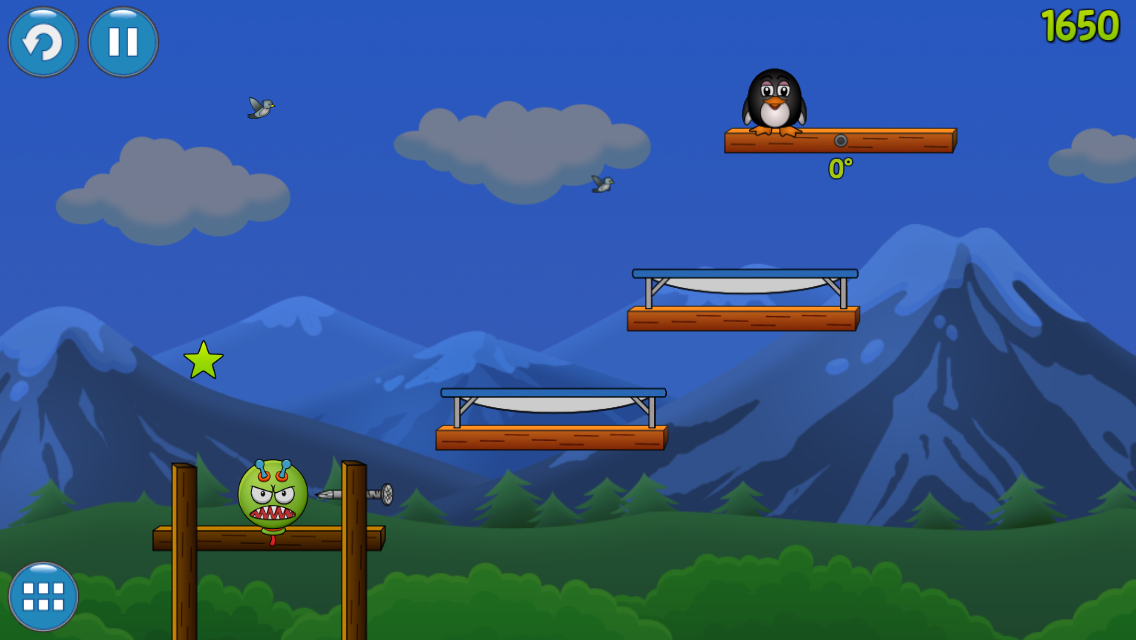 While the game keeps track of scores on each stage, there doesn’t seem to be any sort of global leaderboard to compare with other players on. It’s a curious omission for a game that includes a less-common feature like iCloud support, and it hurts the game’s long-term replay value. With all the weird ways you can finish each level, it feels like a scoring system that took that sort of thing into account, with leaderboards to back it, could add a lot to the game. Otherwise, the options and user interface are basically par for the course. I think it needs a few clear signs here and there to tell you which things are interactive and how they work, but it’s easy enough to figure out on your own with an attempt or two.

The game is free to play in its entirety with ad support, which is certainly more than fair. In addition to the two IAPs I’ve already referenced to instantly unlock your animal buddies and get a master key to skip stages, you can also buy a $0.99 IAP to remove the ads forever. As long as you can tolerate the occasional advertisement, none of these IAPs are even remotely necessary, so if you’re curious, it won’t hurt you to take a look at the game for yourself. 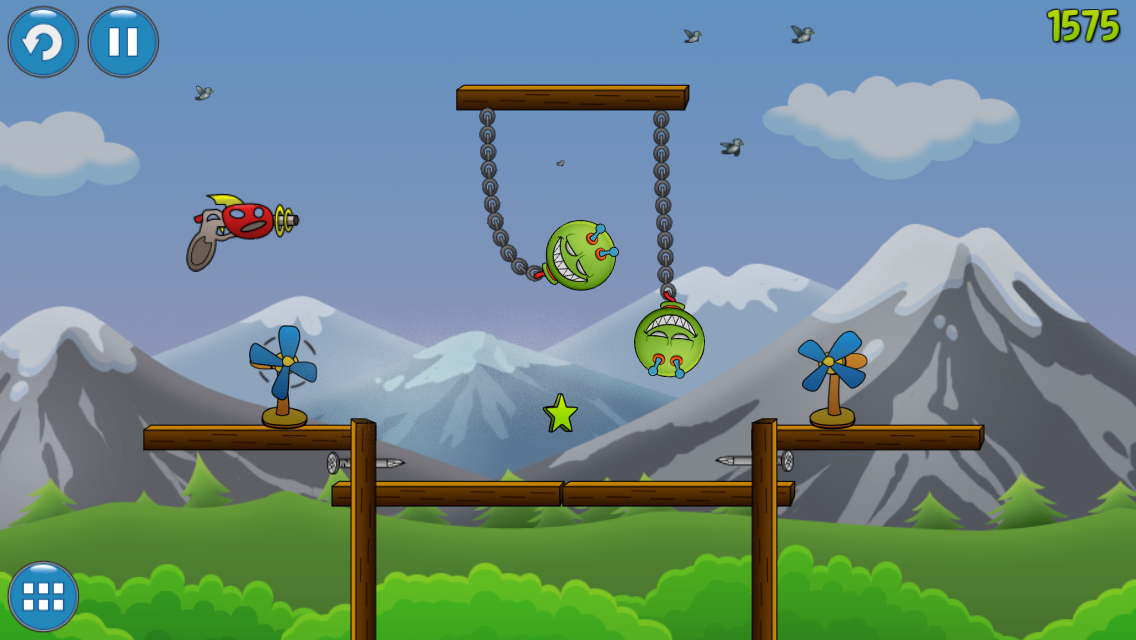 I can certainly appreciate Mangobile wanting to try something different before diving into making another hardcore SRPG, and for a first attempt outside that milieu, Earth Vs. Balloons is surprisingly well-rounded. It’s nice to see the developer leverage their level design strengths in a different genre, as well. Unfortunately, it’s hard to recommend Earth Vs. Balloons with any real fervor. It’s not so much that the game does a lot of things wrong or fails to entertain, but it’s merely a decent entry into one of the App Store’s most crowded genres, and I’m not sure if that’s enough to catch the eye of anyone who isn’t already a fan of this developer.