After the surprising news that KOTOR 2 got an update a decade since the last one, Aspyr Media continues to surprise by asking mobile gamers to show their interest in a possible iOS or Android port. If you don’t know KOTOR and KOTOR 2, these two games, especially the first one, are considered by many the top Star Wars games ever. There’s, of course, a debate over which one is the best, with most gamers preferring Bioware’s KOTOR because it simply was more fun than KOTOR 2 since it was a more traditional story of good versus evil with clear heroes and villains. Obsidian’s KOTOR 2, on the other hand, had a more complex view of humanity and its graces and flaws. Unfortuntely, it felt like a rush job when it came out in 2005, with plenty of technical issues, content missing, and a very abrupt ending. 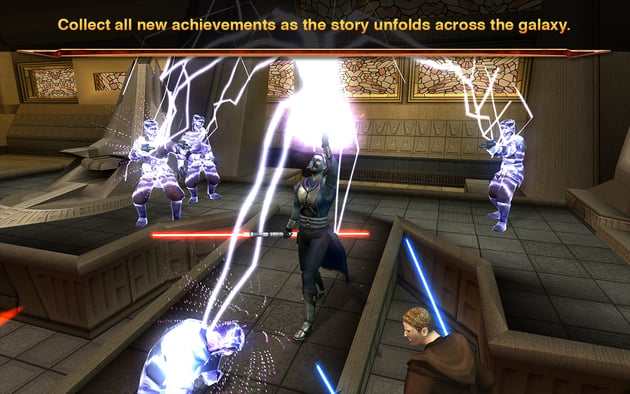 Aspyr Media seems to believe in the game still and apparently wants to port it to mobile. In an interesting departure from crowfunding, Aspyr only wants you to sign up here to show your interest in the game. Now, I don’t know whether the reasoning is to show any possible investors that a port would be successful or whether this is simply for Aspyr itself to see whether the trouble is worth it. However, the fact that they released an update for the game a decade after its release shows me that they are probably serious about bringing the game back to life. So, if you want to go fight either on the light or the dark side of the Force, go tell Aspyr you want KOTOR 2 on your mobile devices.