Ah, Hearthstone (Free), the big eSports and Twitch-streaming sensation, Blizzard’s hit card game that’s making them money hand-over-fist. Since it started off as a desktop game, and only came to mobile later, one would think that it’s making more money on desktop, right? Well, no: according to a report from SuperData, *Hearthstone recently surpassed the desktop version of the game in revenue, and it’s been a huge plummet for the desktop version in exchange for revenue for the mobile version. 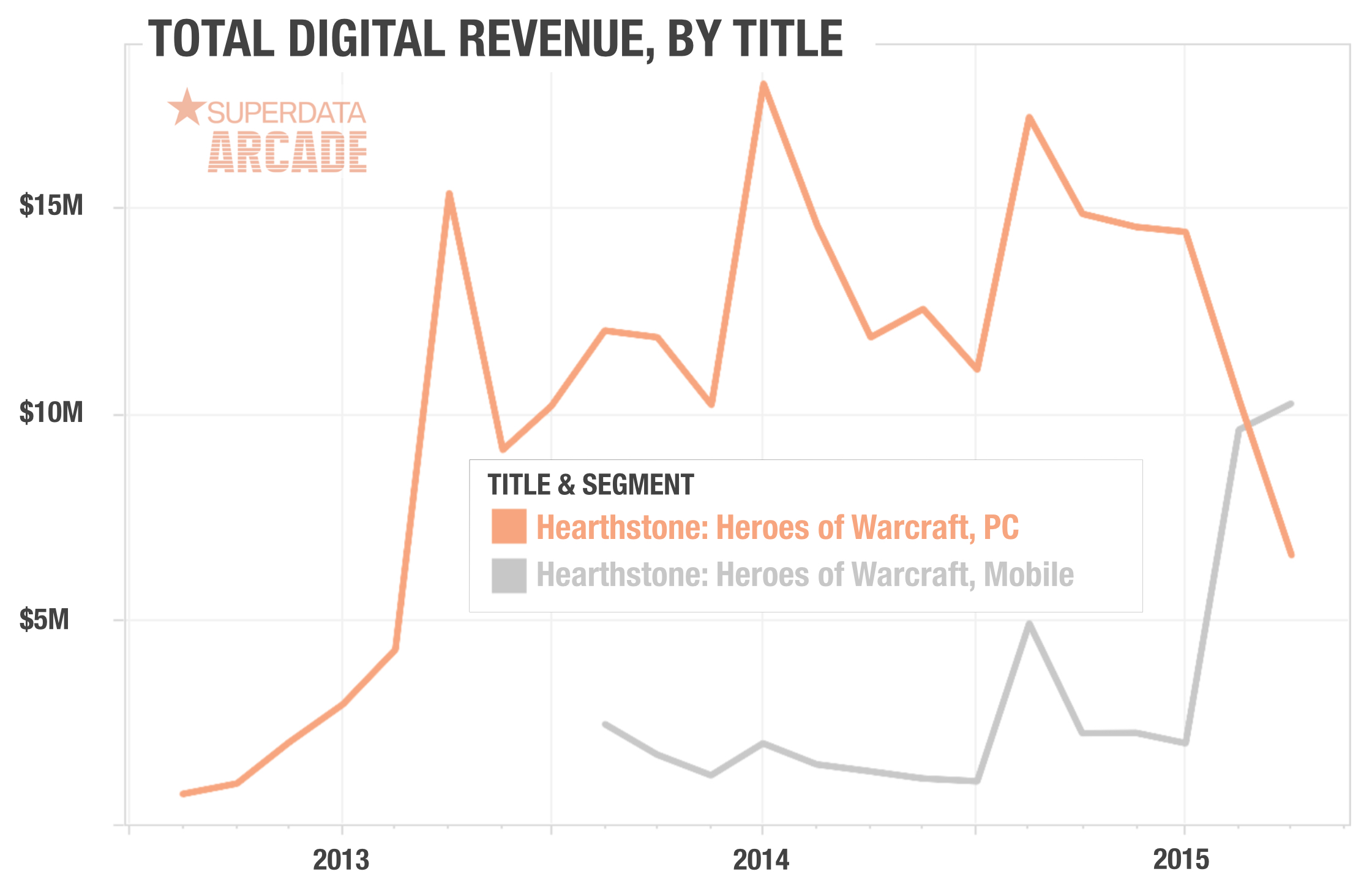 The reasons for this are myriad, but we can guess: some people think the rise of people buying card packs through Amazon with a discount might be the reason. But it’s possible that as the game has become accessible on tablets and then on phones, people are finding that they’d rather play the game there than on PC, especially since it’s the same game and the experience carries across platforms. So why not play when and where it’s most convenient? It might be easier to play on your iPhone on iPad than to bring your laptop over to your couch, for example. The TV commercials could be bringing in more mobile players than desktop players, too:

But this does signal a good sign for game developers of all kinds: if you’re making a big game that fits on mobile as well as PC, you can bring the game over and get some attention and make some money. Blizzard’s seeing it, and smaller games like Sproggiwood ($4.99) have seen similar results, with that game having a better mobile launch than desktop launch. There’s mobile players willing to spend money, or core gamers are willing to spend money on mobile – you just have to package it in the right way.