Hello everyone, and welcome to the week! It’s time once again for our look back at the noteworthy updates of the last seven days. It’s a bit of a light one this week, so you’ll have to settle for a slightly shorter read than usual. I hope you’ll forgive me! Of course, you can keep an eye out for updates yourself using AppShopper Social (Free), the watchlist in the TouchArcade App (Free), or by participating in the TouchArcade forums, but this weekly summary is here to fill in the things you might have missed. Let’s dig in!

Summoners War, Free Look, I’ll confess. This isn’t that significant of an update. Sometimes, I only include things to set up a nice brick joke. Anyway, Summoners War offers up a new Europe server and merged Guild Battle Leagues. The game is getting on in years, so it’s obviously trimming some fat and redistributing its resources to keep things going smoothly.

Pyramid Solitaire Saga, Free As Helena makes her way into the sacred gold temple, she is shocked, shocked and appalled in fact, to discover that it has been desecrated. Some jerk has stolen the sacred sarcophagus, possibly under the auspices of it belonging in a museum? Said piece apparently has magical teleportation powers and holy mackerel is this story way too involved for an update about 20 new levels in a solitaire game. 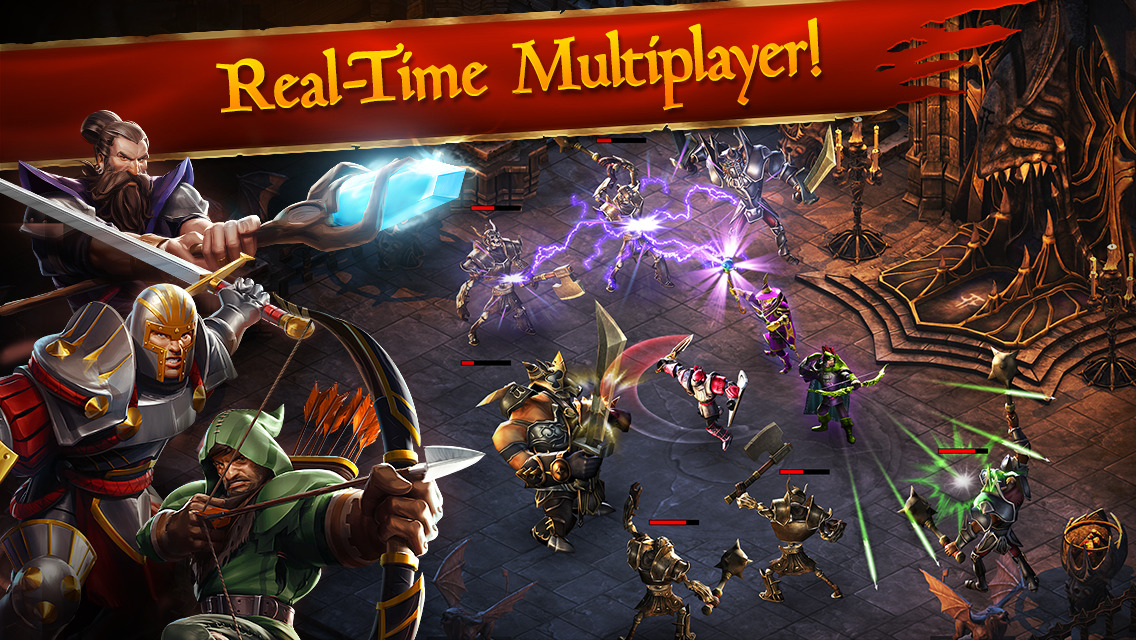 KingsRoad, Free This update is pretty much just a schedule for this month’s events. The Nazra’s Sanctum event runs for two weeks, starting from July 23rd. You can collect pieces for a new Bladeguard set, so if that sounds neat, there you go. The second event is the Shroud Tournament, running from July 21st to August 4th. If you can collect nine rare tokens, you’ll win a belt. I’m guessing it’s a special belt, but they really don’t specify in the notes. I just want to know when we’re going to meet the monarch himself, King Sroad.

FF IV: THE AFTER YEARS, $14.99 Finally, Square Enix has added 64-bit support for Final Fantasy 4: The After Years. The fans have been crying out for this one for some time, surely. Anyway, it’s good to see that some of the worst Final Fantasy 4 fan-fiction even written is good to go for the future. I’d hate to see this important cultural artifact lost to the ages.

Zen Pinball, Free Zen Pinball has a new table based on Marvel’s latest movie, Ant-Man. As usual, it’s $1.99 and available in the Marvel Pinball app as well. I haven’t had a chance to try the table yet, and the movie doesn’t release in Japan until September, so I guess the only thing I can add is that Eric O’Grady was the best Ant-Man ever. Scott Lang? More like Scott Lame. Don’t even get me started on old “Punchy" Pym.

King of Thieves, Free King Of Thieves gets some new traps, a new location with a bunch of new levels, and some additions and bonuses to the guild system. You can also test dungeons belonging to your friends and guildmates to help them improve their designs. Still no Kevin Costner, so no points awarded to ZeptoLab.

WWE 2K, $2.99 WWE 2K pros: somewhat full-featured, premium licensed wrestling game on iOS. WWE 2K cons: controls like butt. Well, it did, anyway. I’m glad to see 2K addressing those buttesque controls with this update, which tightens up directional swipes, improves responsiveness, and adds multi-swipe gestures to give you a wider range of attacks at your disposal. In addition to debuttifying the controls, the developers have also fixed some bugs and given you an option to turn off entrances if you’re tired of seeing them.

METAL SLUG DEFENSE, Free As usual, new units, new areas, and new special missions. Metal Slug Defense is also running an anniversary campaign, giving every player the machine-gun wielding Allen Jr. as a login bonus, and a ton of free medals. All of the expensive units are on sale for half-price right now, too. So if you want to fill out some of those King Of Fighters characters without spending a ton, now’s the time to do it. 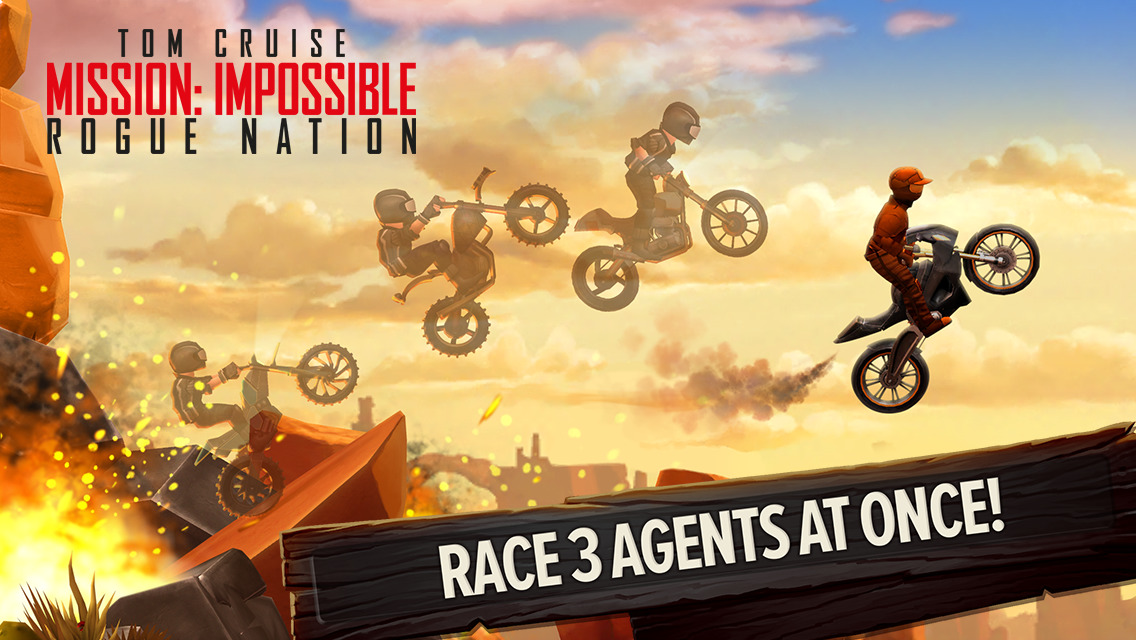 Trials Frontier, Free I hope you’re ready for another weird Mission Impossible: Rogue Nation update, because here we are. This update adds the ability to play as an IMF agent in a battle versus the Syndicate’s rogue mercenaries. It also adds a new bike, creatively titled the Agent Bike. Well, hey, why not?

9 Innings: 2016 Pro Baseball, Free This one has it all, as long as ‘all’ is defined as roster updates to June 2015, 15 new players, new Monster cards, new Legend grade cards, and bug fixes. Yes sir, this one really has it all. Sorry, this is a really light week. I’m having trouble finding Enthusiastic Shaun. Roster updates for sports games are really good, I shouldn’t be snarky.

harâ€¢moâ€¢ny 3, $2.99 Harmony 3 is a nice, relaxing puzzle game with some pretty tough challenges. If you’ve already cleaned it out, you’ll be happy to see that there are 30 new levels in the game, all of them tougher than anything seen in the series before. There are also five new songs from Hammock added to the game’s outstanding soundtrack. Enjoy!

Adventure Time Game Wizard - Draw Your Own Adventure Time Games, $4.99 Fresh off of their stint in Card Wars, Fionna and Cake join the awesome Adventure Time Game Wizard. Not only do you get them as playable characters, there’s also a new dungeon area in the story mode. And of course, as with everything else in the game, you can use this new content to make your own cool levels. I can’t see any reason not to give this the highly coveted Update Mondays Most Spider-Mans Of The Week award. Enjoy the metaphorical celebratory vermouth, everyone!

Star Warsâ„¢: Commander, Free This update has been dubbed Worlds In Conflict by Disney. You can now move your base to new worlds in the galaxy. In doing so, you’ll gather information on your friends and enemies, and be able to see the statuses of various worlds. If you’d like, you can join in on world conflicts to earn loot bonuses in faction tournaments. Some of the new worlds are pretty famous and include Hoth and Yavin 4. I mean, you can’t have a Star Wars game without Hoth, can you?

Robbery Bob 2: Double Trouble, Free Robbery Bob 2 doesn’t seem to be getting as much attention as the first game did, but maybe a well-timed level injection can help things. The Pilfer Peak chapter adds 20 new levels on a new map. The map has a couple of new NPCs and the chapter even gets its own opening and closing comic. Keep your eyes peeled for the skier and the goat, because both of them are jerks in their own special ways.

Angry Birds Transformers, Free This update adds Bluestreak and Prowl to the lineup, available to unlock by completing portal missions. There are new special items called Energonicons that let you unleash new powers during battles. Once unlocked, they can be crafted at Professor Pig’s crafting lab. As an added bonus, this update seems to make the app very unstable and crash-prone. Update at your own risk! 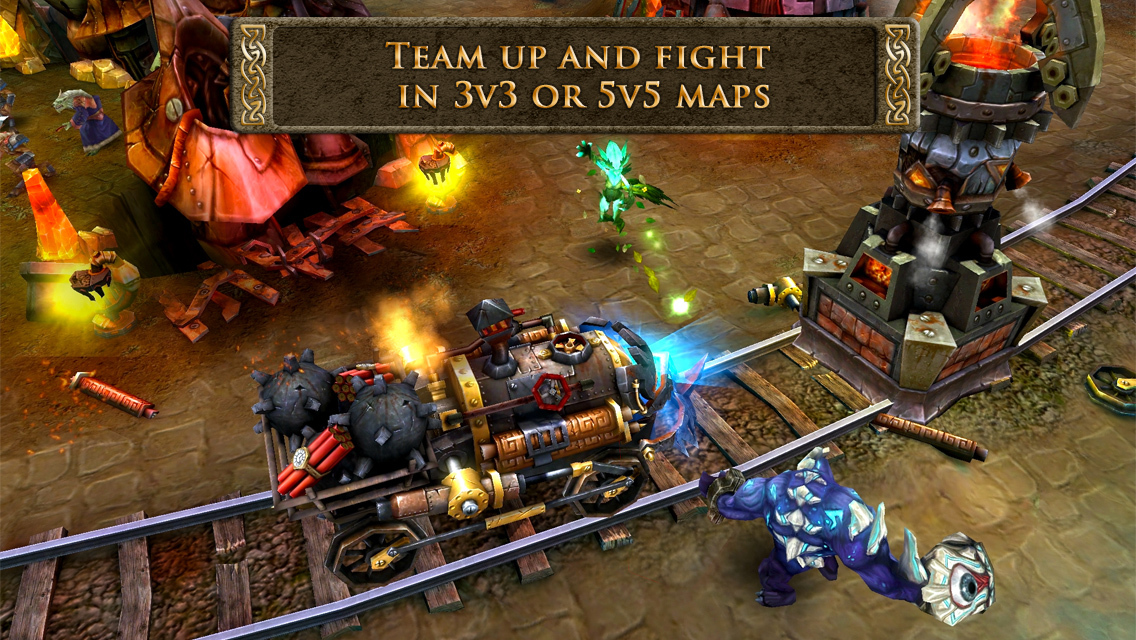 Heroes of Order & Chaos, Free This is a pretty hefty update for Gameloft’s MOBA entry. There are two new heroes added to the bunch, for starters. Lu Yunfei is… apparently a living sword that once belonged to Qiu Yuelan who has… taken human form in order to exact revenge on his former master for discarding him. Well, okay. Moving on, there’s T’saad D’velay who, in addition to sporting two sweet extraneous apostrophes in his name, is also a piece of equipment given life. Specifically, it’s an evil soul occupying a suit of armor? Gameloft, friends, you need to lay off the sauce a bit. In addition to these new characters, there are also two new modes. Spectator Mode does what it says on the can, while Fun Mode lets you play unranked matches with random teams of heroes. Well hey, that does sound fun!

World of Tanks Blitz - 3D War, Free Updates that add new tanks are the best World Of Tanks updates. The notes list the Sherman Jumbo, the KV-2, the Jagdpanther 2, and the Churchill GC, but there are apparently even more than that. In addition, balance tweaks have been made to boost some tanks that weren’t up to snuff. Finally, there’s now a battle mission that rewards you with sweet, glorious gold.

Yomi, $9.99 Yomi‘s update isn’t a big one in words, but players of the game will probably be pretty happy with it. Basically, your inscribed cards now sync with the servers, allowing you to share them between the various versions of the game on Steam, iOS, and the web. Bonus side effect: it’s now pretty easy to move between iOS devices, too.

Galaxy Trucker, $4.99 The Galaxy Trucker Three-Nine will take you on a journey, a never-ending journey, a journey… to the stars! Wait, that’s something different. Anyway, Galaxy Trucker now has multiplayer missions. A new mission will be added every two days, or so they say, and looking here, they promise big twists and massive explosions. I can get behind both of those things!

The Detail, Free The Detail is an episodic adventure game from an iOS newcomer. It promises five episodes, and while that’s a lot of work, the second episode is already here after only a few months. It’s called From The Ashes, and it’s available as a $2.99 IAP. The first episode is free for a short time, so you can always give it a try and see how it grabs you. I wasn’t too excited by it, but horses for courses.

Summoner Wars, Free Guess I’d better catch that brick before I go, right? So yes, the nearly-identically titled Summoners War and Summoner Wars both updated this week. In the case of this game, it’s a sight for sore eyes. Playdek has been so busy with Unsung Story that the normally prolific publisher has quieted to a whisper of late. This update puts up a bundle for $4.99 that adds six new factions to the game. That should add a little spice to the proceedings for long-time players. Look, I promised a brick joke, I didn’t say it would be a good one. Or even a joke, come to think of it. Well, life goes on!