We’ve just caught wind of a big new game that we’ll find out more about in a couple of weeks: Angry Birds 2 is coming, and Rovio is making a huge announcement in San Francisco on July 28th. The character designs appear to be a bit modified, though not like the more anthropomorphic versions you’ll see in the film. Still, it looks like there’s some changes ahead of us: 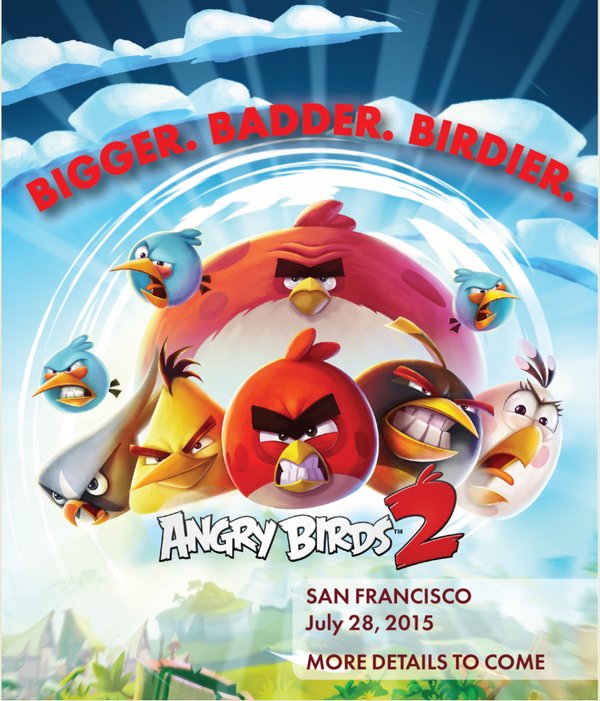 This is far from the second Angry Birds game, but it’s kind of like Sonic the Hedgehog 4 in that it’s supposed to stand for a monumental event in the franchise that they decided to add a number to the original game. I don’t know what exact number Angry Birds 2 would be if every other game had a sequel number, and there’s Angry Birds Star Wars 2 (Free) to boot. But Rovio looks like they’re not playing around with this one. You’ll be sure to hear more as we find out about it.