Blizzard has just pulled the trigger and Hearthstone‘s (Free) Tavern Brawl is available. This one’s quite different from last week’s Webspinners and random spells Brawl. Unlike the premade decks of last week’s, “The Great Summoner Competition" lets you create a deck of your choice; the trick this week though is when you cast a spell, a random minion of the same cost is summoned for you. So, as you can imagine, you’ll be playing many Mage decks because of the many strong spells the class offers.

As always, you get a single reward in Tavern Brawl, a free Classic Pack for your first win, but don’t let that keep you from enjoying this mode. Random matches have their own entertainment value, especially if you challenge friends rather than random players. And don’t stick to Mage decks; as the pressure for winning is quite low because of the lack of prizes, dare to be different and take weird decks to battle. See you in “The Great Summoner Competition!" 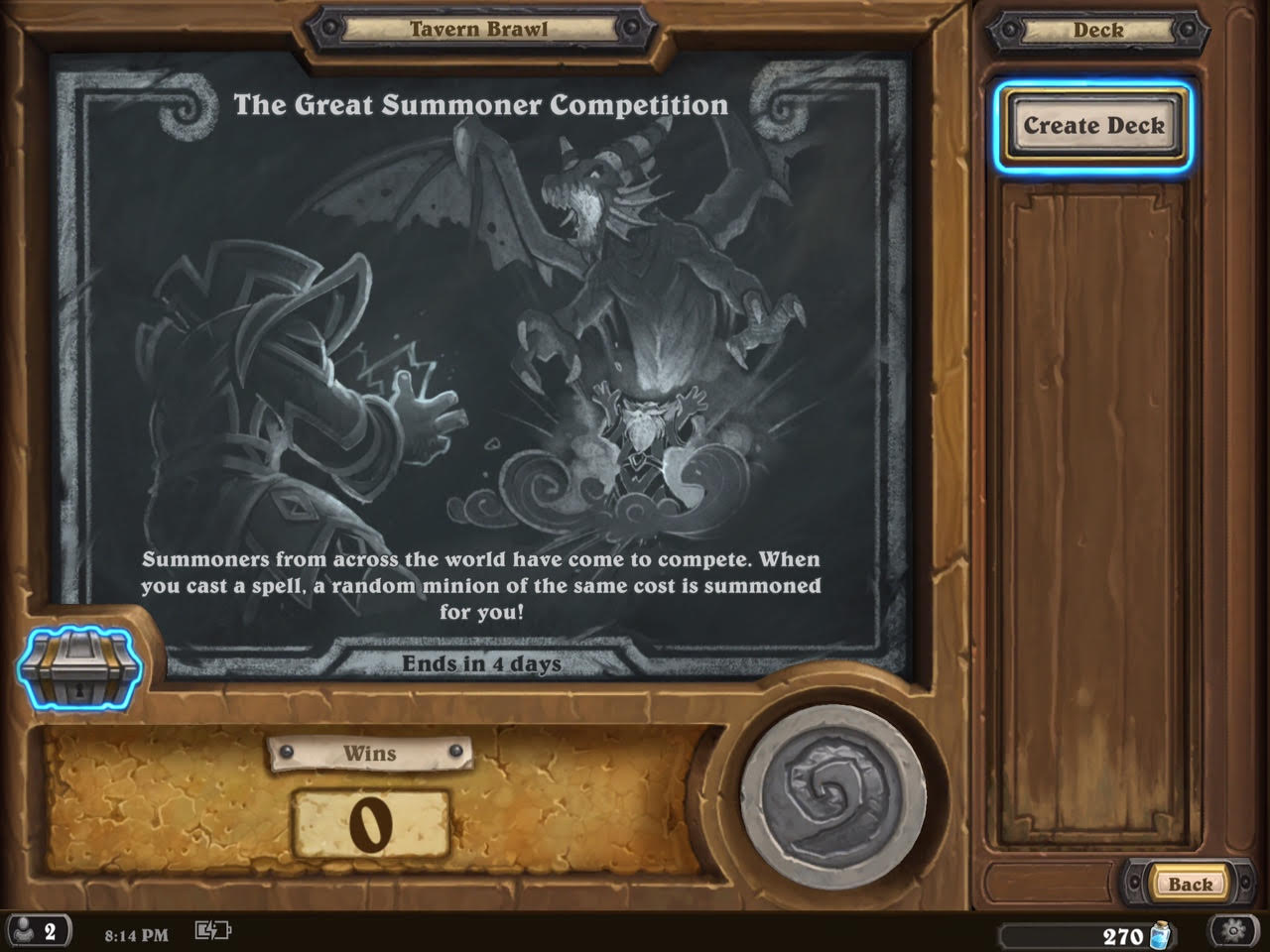