Is a high level of difficulty a necessary part of a roguelike? It’s something I’ve been thinking about a bit as I’ve played Alchemic Dungeons ($2.99), the latest from Rogue Ninja ($2.99) developer Q-Cumber Factory. Most genres don’t factor challenge into their definitions, but I suppose the roguelike genre isn’t like most others. For decades, roguelikes acted something like the horror B-movie of the games industry. There was always a very strong cult following, but outside of certain limited successes in Japan, those outside the circle rarely gave the games much attention. In recent years, things have changed, however, and that has forced a somewhat insular community to reassess exactly what it is that they get out of games using the roguelike descriptor. Alchemic Dungeons checks off all the boxes as a Japanese-style roguelike, but its main gameplay hook gives it a certain fairness that isn’t typically present in this genre. 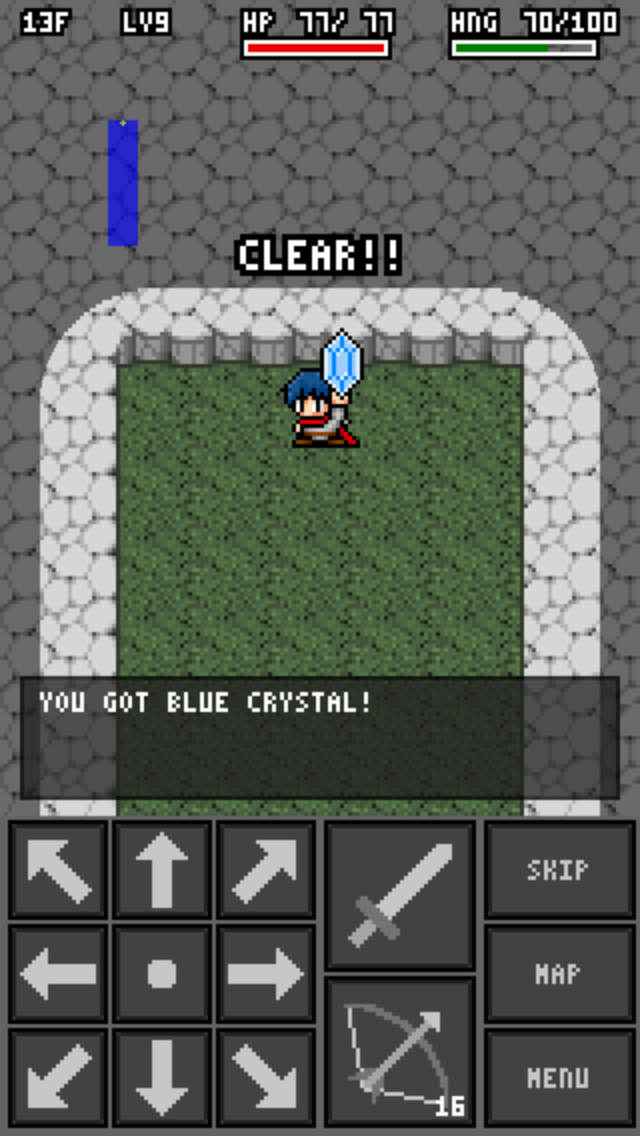 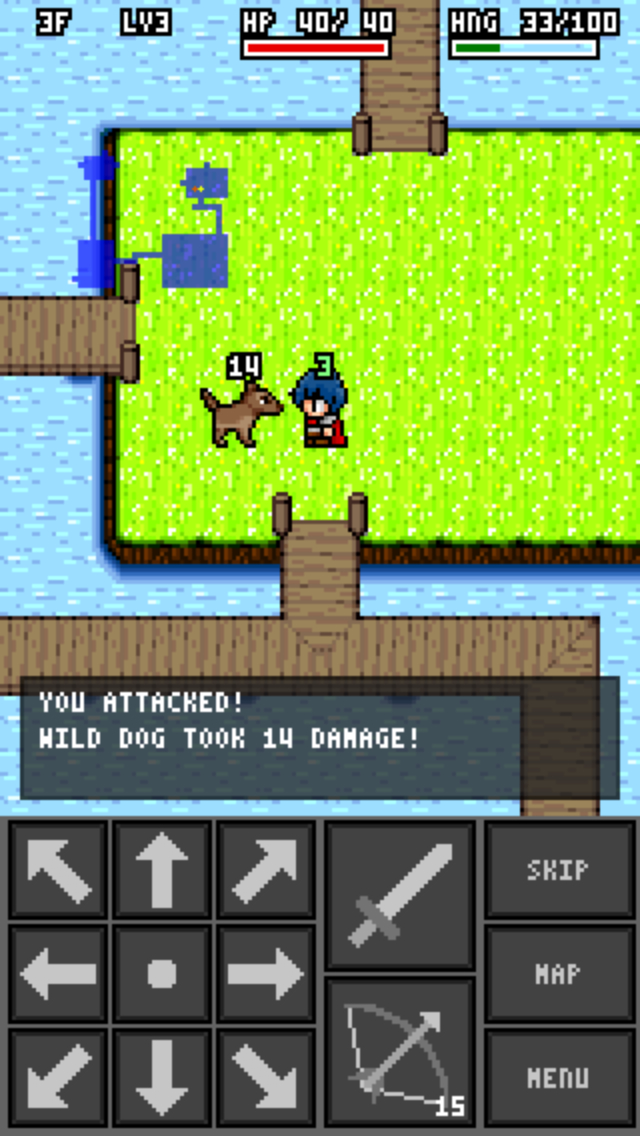 Alchemic Dungeons is a Mystery Dungeon-style Japanese roguelike. If you’ve played any of the Shiren games or Chocobo’s Mystery Dungeon, you’ll know more or less what to expect in terms of its basic gameplay. Think a turn-based RPG that has you going step by step through dungeons, looking for the stairs down to the next level. Like most examples of the genre in the broad sense, your character’s first death will also be their last one. The challenge is to make it to the bottom of each dungeon and collect the prize without getting yourself killed. The levels are procedurally generated, so you never quite know what to expect in terms of enemies and items, making for a highly replayable game. 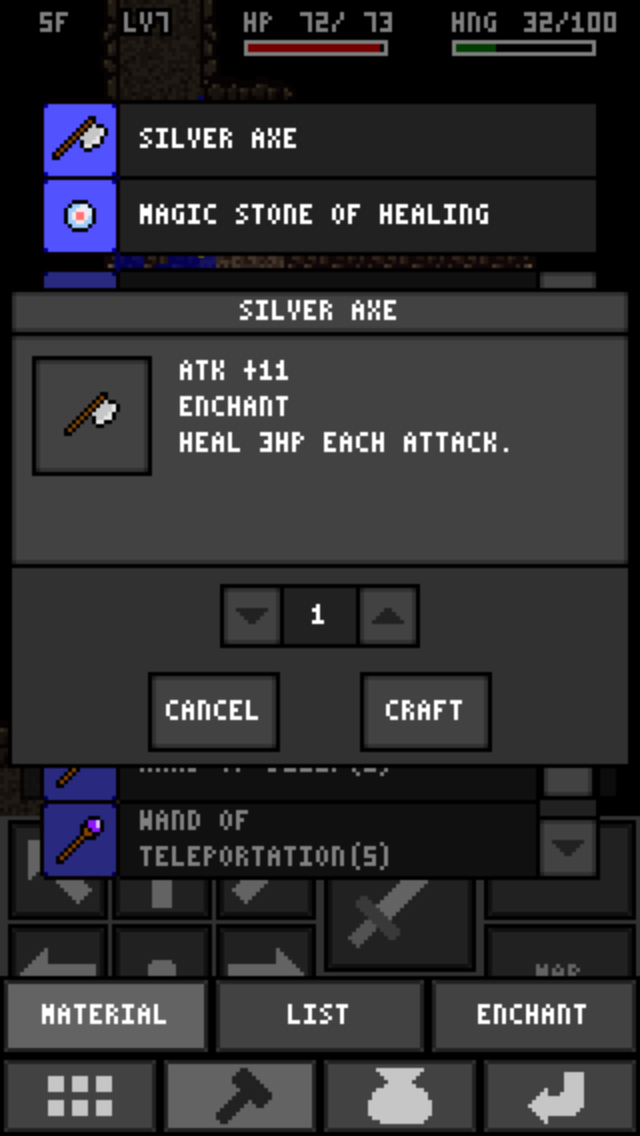 What this particular game brings to the table is its crafting system. Usually in games like these, you’ll find random potions, staves, weapons, and other gear strewn about. You’ll also find that here, but in much lower quantities than the norm. Instead, you’ll find materials, and lots of them. You can go into a menu at any time to combine those materials and create something new. The game is very clear about what the outcome of your combinations will be, and it’s fairly easy to mix and match ingredients from that particular menu to see what’s open to you at the moment. It’s a lot of fun to see what you can build from the various elements you’ll find, even though the system is fairly limited compared to games more dedicated to this sort of thing.

In addition to making items whole cloth, you can also enchant them using magic stones. This allows you to give your equipment various effects like healing after each hit or inflicting poison status on anything you hit. Between magic stones and the variety of weapons you can make, you end up having a surprisingly large amount of input into what kind of build you want for your character. It’s an odd turn in a genre best known for forcing players to get by on whatever they may find, and it’s perhaps one that won’t work for every roguelike fan. In my opinion, it makes it a less satisfying roguelike, but a more enjoyable game, if that makes any sense. There is such a thing as going too far in de-fanging a roguelike, with the extremely popular Pokemon Mystery Dungeon proving a fine example of that. And indeed, in the first couple of dungeons of Alchemic Dungeons, it sometimes feels like it’s become a little too easy, especially if you make some sensible equipment enchantments. Fortunately, the game has five dungeons to it, and the latter couple are especially good at wearing you down. 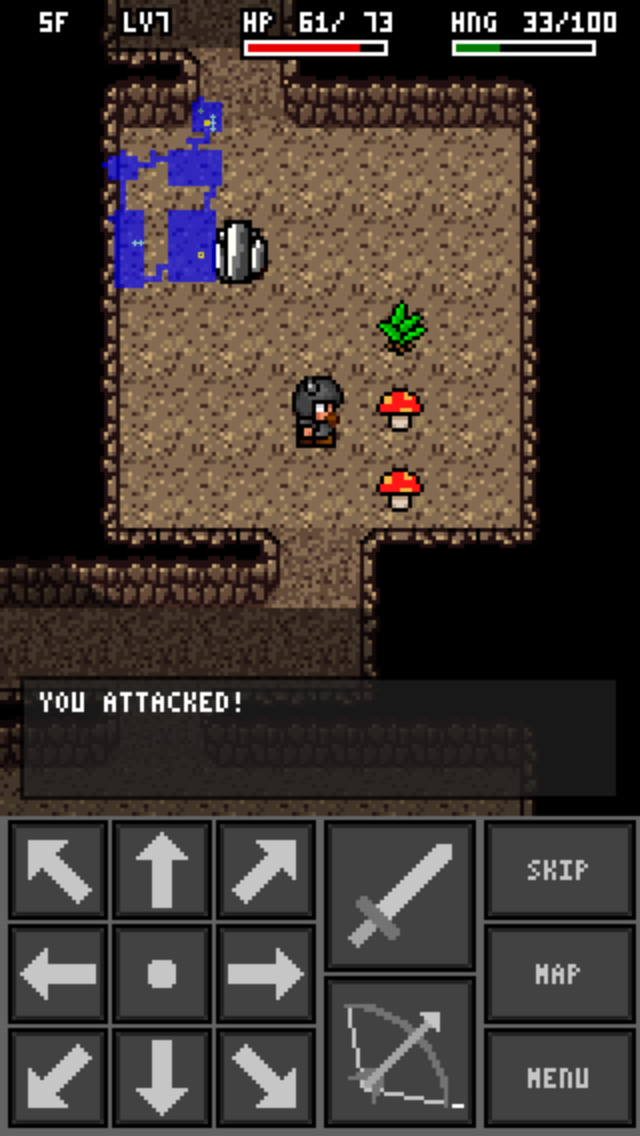 The other big improvement over the developer’s previous roguelike Rogue Ninja is the weapon selection. There are several different weapon types in the game, each with differing strengths, weaknesses, and areas of effect. A spear can skewer two spaces immediately in front of you but tends to be weaker than other weapons made from similar materials, while a trusty axe hits hard, but only immediately in front of you and at a slower speed. There are three different playable characters in the game, and while each starts with a different set of gear, all of them can ultimately wield any weapons you might find or create. The other major difference between each of the three is a statistical one. Personally, I found the dwarf to be the strongest choice, as his extra power was always handy, but all three are capable of doing what needs to be done. It’s a bit harder to survive the initial stages with the hunter, though, so you might want to keep that in mind.

In casting off the ninja aesthetic that has characterized Q-Cumber Factory’s iOS games so far, Alchemic Dungeons has the freedom to draw from a much larger variety of visual elements. Each of the dungeons has at least a few different backgrounds, and the sheer number of monster types is quite impressive. The music, on the other hand, doesn’t sound terribly different from this developer’s previous efforts. It seems more out of place here, but if nothing else, it certainly offers up some catchy melodies. The biggest problem with the game’s presentation is in its menu interfaces. The game is played in portrait mode, and while basic functions work smoothly, the menus can be a bit troublesome. Each individual menu is fine, but the way they all chain together can be somewhat awkward, particularly when flipping between crafting and your inventory screen. It’s nothing too major, mind you, and the game’s turn-based nature means you can afford the odd malfunction here and there. There are Game Center achievements and leaderboards for every dungeon and hero combination available, which is a nice way to extend the game past simply clearing each stage.

Taken as a sequel to Rogue Ninja, Alchemic Dungeons features significantly more content and is just all-around more fun to play. The crafting element gives it an identity beyond being a ninja-flavored Shiren, and makes the game a bit more accessible than the average roguelike without giving up too many of the genre’s core tenets. I think it may shave off a bit too much of the edge for veterans of the genre, but I have to believe there’s a sweet spot between the boredom of Pokemon Mystery Dungeon and the sadism of Shiren The Wanderer, and that’s where you’ll find Alchemic Dungeons.