Full-motion video (FMV) games are a dark spot on the adolescent years of video games. It used to be our beloved pixels and blocky characters were the product of weak hardware and lack of storage space. Then in the arcades of the ’80s and ’90s, laserdiscs and then CD-ROMs became all the rage as they afforded an (at the time) overwhelming amount of storage for games. This filtered down into the home console and PC realm, but the actual hardware of those early days couldn’t really take advantage of all that space. So what is there to do with it? Fill it up with full-motion video, that’s what! 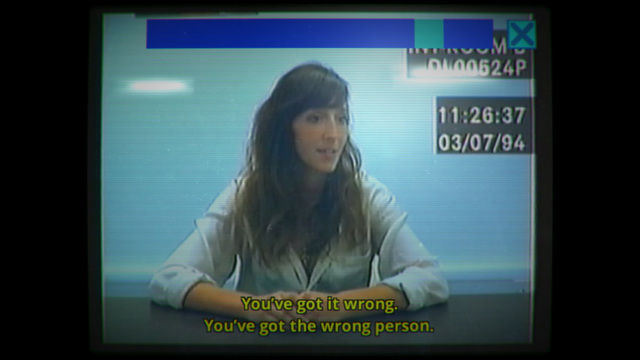 Seeing “real video" in a game was mind-blowing at the time, but developers never really got the hang of making interesting games with FMV. As those early games were powered by 16- and 32-bit hardware, the video was always grainy and full of artifacts. It was Fugly with a capital F. Load times were also atrocious, and the whole FMV gaming scene feels like it was just a terrible gimmick of the times.

Fast-forward a couple of decades later, and developer Sam Barlow has released Her Story ($3.99), a modern FMV game. The crazy thing is that it’s absolutely fantastic. I think part of the problem with the FMV games of yesteryear was definitely that the technology wasn’t quite ready for it, which isn’t the case at all now. But an even larger problem was that I think developers just couldn’t envision a unique way to use video in an interesting way. Mr. Barlow has cracked that nut, and in fact he’s smashed it up real good.

Her Story takes place from within the confines of a ’90s-era computer, ironically the type that would have ran those cruddy FMV games from the past. Your job is to look through a series of video interviews of a woman, and ultimately try to figure out the mystery behind her husband’s disappearance. It’s a game about subtlety and noticing tiny details, and then using your brain to sort it all out. It’s very much an experience more than a skill-based game, but as an experience it’s really incredible. In fact, you can learn pretty much all you need to know from our review.

Her Story is cheaper than a movie, and way more interactive and interesting. It’s the sort of game that pushes the boundaries of what we should expect from video games, and it’s just plain entertaining. So it appear that the terrible FMV games of our past not only benefited from better hardware, but they benefited from some outside-the-box thinking from the developer in how to utilize it to create a truly unique and rewarding experience. I never though I’d say this, but more FMV games, please!