Our Patreon is still cooking away, we’re losing a bit of momentum, but that’s alright- iOS gamers, developers, and fans of the site are still coming out in droves to support our continued existence. Every morning when I check it I find myself even more dumbfounded. You guys are awesome, and your continued support means the world to us. Moving on, we’ve been doing a series of articles highlighting different iOS developers who have been touched by TouchArcade in one way or another.

Yesterday we heard from Whitaker Trebella, the developer of the recently-release Piloteer ($2.99). Today, we’re featuring Randy Smith from Tiger Style. You most likely know him from the release of the ridiculously good iOS title Spider: The Secret of Bryce Manor (Free) or more recently, Waking Mars (Free).

Hi, this is Randy Smith, creative director of Tiger Style, the studio that made Waking Mars, Spider: The Secret of Bryce Manor, and is right now putting the final touches on Spider: Rite of the Shrouded Moon. We first appeared on TouchArcade in August of 2009, when Spider was released.

David Kalina and I formed Tiger Style in 2008, after long careers in AAA studios (we’d worked on the Deus Ex, Thief, and Splinter Cell series, among others). The iPad didn’t even exist yet, and the App Store was in its infancy, but we loved the iPhone. For the first time in the history of mobile, you could make a smart, sophisticated game with high production values. However, back then games dominating the charts had doodle graphics and simple interactivity. We wanted to do better, but was there an audience willing to pay more than 99 cents for an iOS game?

What we WERE good at was making games, so we poured 8 months (an eternity back then!) into Spider: The Secret of Bryce Manor. It was designed specifically for iPhone hardware, you could play it in short bursts, but it also contained a lot of depth for players who wanted to master the scoring system or unravel the story told without words. This was the kind of game we wanted to play! We hoped our kindred spirits were out there.

Coming from studios with their own marketing departments, what we were NOT good at was promotion, so we just released Spider one day. You heard right: we didn’t make a website, announce our launch date, send press releases, or do anything to drum up attention. We just put it on the App Store and stood back to see what would happen. Today this would be a recipe for abject failure, and that’s probably how it would have gone back then, too. There’s just one thing that saved us: TouchArcade.

It started with the awesome TA community. A group was monitoring games as they were released, and someone was appointed to take a chance on Spider. He loved it! And he spread the word around the forums, and pretty soon we had a whole group playing and responding the way we hoped people would! This quickly led to an official TA review (5 stars!), which in turn led to Apple noticing us and offering us an iTunes banner! We’d already contacted Apple several times with no reply, and I really believe it took the diligent community and sharp reviewers at TouchArcade lending their support for Apple to take notice.

Between TouchArcade coverage and Apple featuring Spider: The Secret of Bryce Manor, our studio was really able to take off. Spider earned enough to keep Tiger Style fully independent and pay for the production of our next game, Waking Mars, which in turn has funded Spider: Rite of the Shrouded Moon, the sequel to the first Spider.

Perhaps even more important to us than promotion and coverage, TouchArcade gave us their support by making both Waking Mars and Spider their Game of the Year, a fantastic honor that makes us feel we’re on the same mission.

We were scared to release Spider: The Secret of Bryce Manor because we thought it was too big, too sophisticated, and that no one would pay $2.99 for it, all of which is laughable now. Our new game, Spider: Rite of the Shrouded Moon, is a dozen times better on every axis, which would have been unthinkable back in 2009. But today, that’s the standard for a hit iOS game, thanks in no small part to TouchArcade, which has always been a champion for quality, for games that are personal, meaningful, and generous with their players. If you’re a real gamer, and you’re happy that not every iOS game is Match 3 or Hidden Objects, then you owe that to TouchArcade. Without them, we developers would have less incentive to make the games you love. 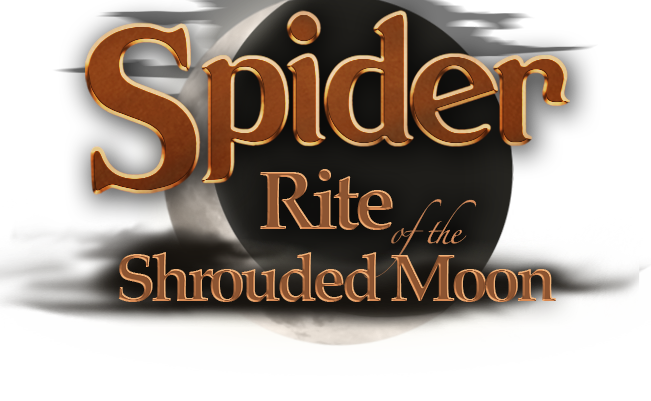 Where would we be without TouchArcade!? Let’s face it, the mobile space is flooded with marginal efforts not worth your money and F2P traps out to guzzle your time and IAPs. TouchArcade has created the dialog and gathered the community that sets the standards for a worthwhile iOS offering. They are critical both to developers and players. They have played a huge role in crafting an ecosystem where games of all kinds, for all tastes, can flourish but only if they are worth your time. Please give your support to TouchArcade, so iOS gaming won’t have any chance to slide downhill!

Oh, needless to say, we’re ridiculously excited for Spider: Rite of the Shrouded Moon. If you were going to put together some kind of museum focused on iOS gaming, Spider is one of the titles that would have some kind of massive exhibit as being among the first games that felt like it was built for the iPhone instead of just a game that ran on the iPhone like most other games of the time. Rite of the Shrouded Moon has some big shoes to fill, but I think Tiger Style can pull it off.

Anyway, it’s incredible to think that we’ve enabled stories like these to occur. If you want this to keep happening…