The beauty of mobile and this era of digital distribution is that with small games, we can see how games can become wildly different affairs from the same idea. Sure, this is the same system that leads to rampant cloning, but sometimes you see developers legitimately iterate on the same idea. Take Hue Ball (Free), for instance. It credits Wouter Visser’s Gimme Friction Baby as its inspiration. This is the same game that inspired Orbital ($4.99), a classic App Store puzzle game, that both start from the same idea: you launch balls from a bottom cannon into a playing field, trying to break balls in the playing field to earn points, and to keep balls from landing and expanding below the border line where your cannon sits. What Hue Ball does is to tweak the concept just enough to feel like a very different experience, going from a slow, tactical puzzle game where one mistake can doom you, to a fast-paced high-score chaser that’s somewhat forgiving. 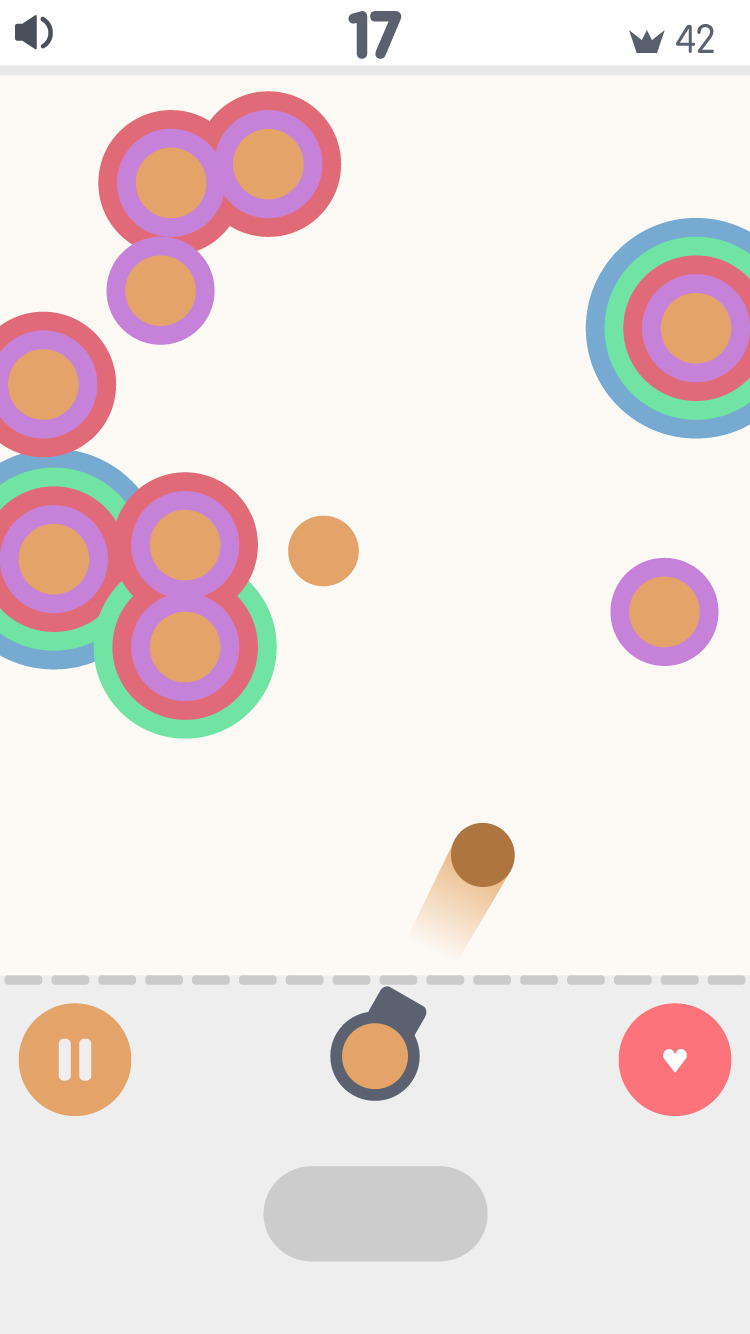 See, in Hue Ball, time is as important as playing smart, and keeping balls off the borderline. Every ball you launch can move and break other balls for a short amount of time, until it solidifies and stays in place. At this point, it will grow an extra layer every time. If a ball in the field grows too many layers, then it solidifies into an unbreakable skull that just serves as an object to bounce shots off of. Meanwhile, you have lives to worry about, but these can almost become a secondary concern for skilled players, who are trying to keep the board as clean as possible, without the skulls that make for dangerous items on the board. It’s a game that grows remarkably complex as you play it, you have a lot to think about, and because of the real-time nature of the game, it really changes the way that you have to play it.

I know some people, when talking about Hue Ball, have asked why play this instead of Orbital. It’s because this is a very different experience. You have to think quickly, you can’t just line up your shots. It’s less cerebral like Orbital is, but it’s more about thinking on your feet. It deserves to live as it’s own thing. It’s a game that doesn’t demand perfectionism, which is something I enjoy. One mistake will hurt, as lives are a resource that are tough to earn if you lose them, but can be earned again through skillful play, having a ball hit other balls several times to wear down its barrier before it stops moving. The challenge is similar, but different, because you have no control of your aiming and have to act quickly.

I do wonder if this game would suffer if you could aim, instead of having a cannon that moves automatically. Right now, if you’re in a situation where you need a particular shot, you might be too late if the cannon won’t be aiming where you need it, when you need it. Or would it not fit in with the rest of the chaotic imperfection of the game? Perhaps it retains what gives this game its uniqueness over similar games, that you have to ignore perfectionism and just be smart. 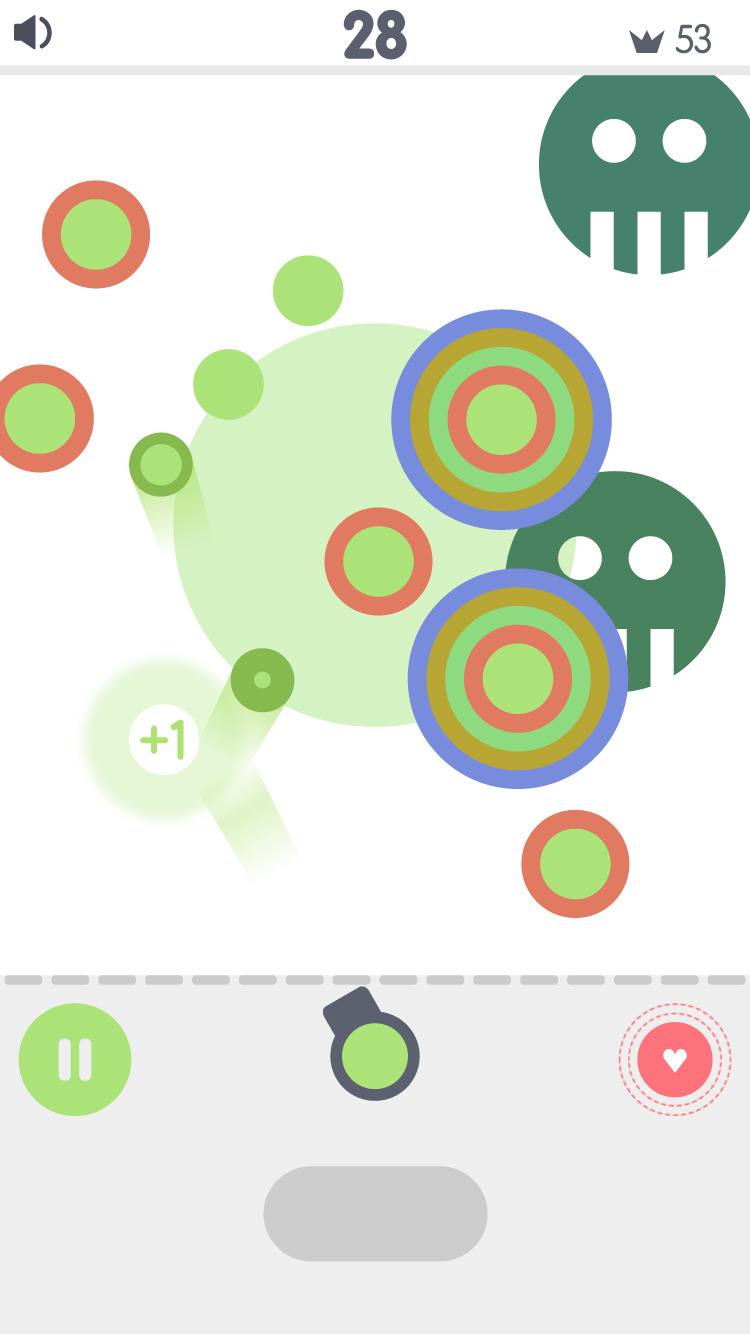 And that’s the thing, this is the kind of game where you can’t be perfect, you just have to be smart. You have to think on the fly and have a good plan. You want to be in as few situations where you have to hit a precise angle as possible, because those are risky, and you can’t line them up properly! You can’t just sit around and wait for perfect opportunities, lest the balls on the playing field grow too massive because you’re not hitting them. But still, you don’t want to just sit back, zone out, and not focus on each and every shot possible. You just need to find a smart strategy to do well.

And despite the fact that you have multiple lives and can make mistakes, Hue Ball still feels like it’s rather difficult to score points, but still has that sensation of being easy enough to play that you feel like you should be doing better. It’s that combination that leads to great “one more time" gameplay. This is also a great game to play one-handed in portrait mode, which are games that I really like to look for nowadays. I either really like games that can be played one-handed in a free moment, or with a controller. Those are the two big folders on my iPhone right now. The music of Hue Ball also lends itself well to creating a chill environment, despite the panic that becomes apparent while playing! The color scheme is fine, but I feel like it could use some more coordination to all fit, some colors stand out in a bad way.

I don’t think Hue Ball will win any awards for originality, but it’s a darn fine iteration on an existing concept. This is a great time-waster to pick up and enjoy for free, with a perfectly-reasonable $1.99 ad removal IAP.