My trusty spear has been serving me well up until now. It can reach two spaces away, so I’ve been using it to take an extra poke at monsters before they can close the distance to attack. It’s even better when I can line the bad guys up just so and skewer two of them at once. There’s just one problem, though. The deeper I go into the dungeon, the more frequently enemies have been able to surround me. I need something with a bit of a wider arc to it. I open up my crafting menu and get to work. Two pieces of iron ore will make an iron bar. Now, if I take that iron bar and combine it with another piece of iron ore, I’ve got an iron blade. Attach that to a stick I found, and suddenly I’ve got a sweet iron broadsword that can sweep the three spaces in front of me. Just what the doctor ordered! Seeing that my hunger gauge is starting to get low, I combine some oil with a mushroom to make a tasty roasted mushroom snack. Living off the land isn’t so bad, friends. 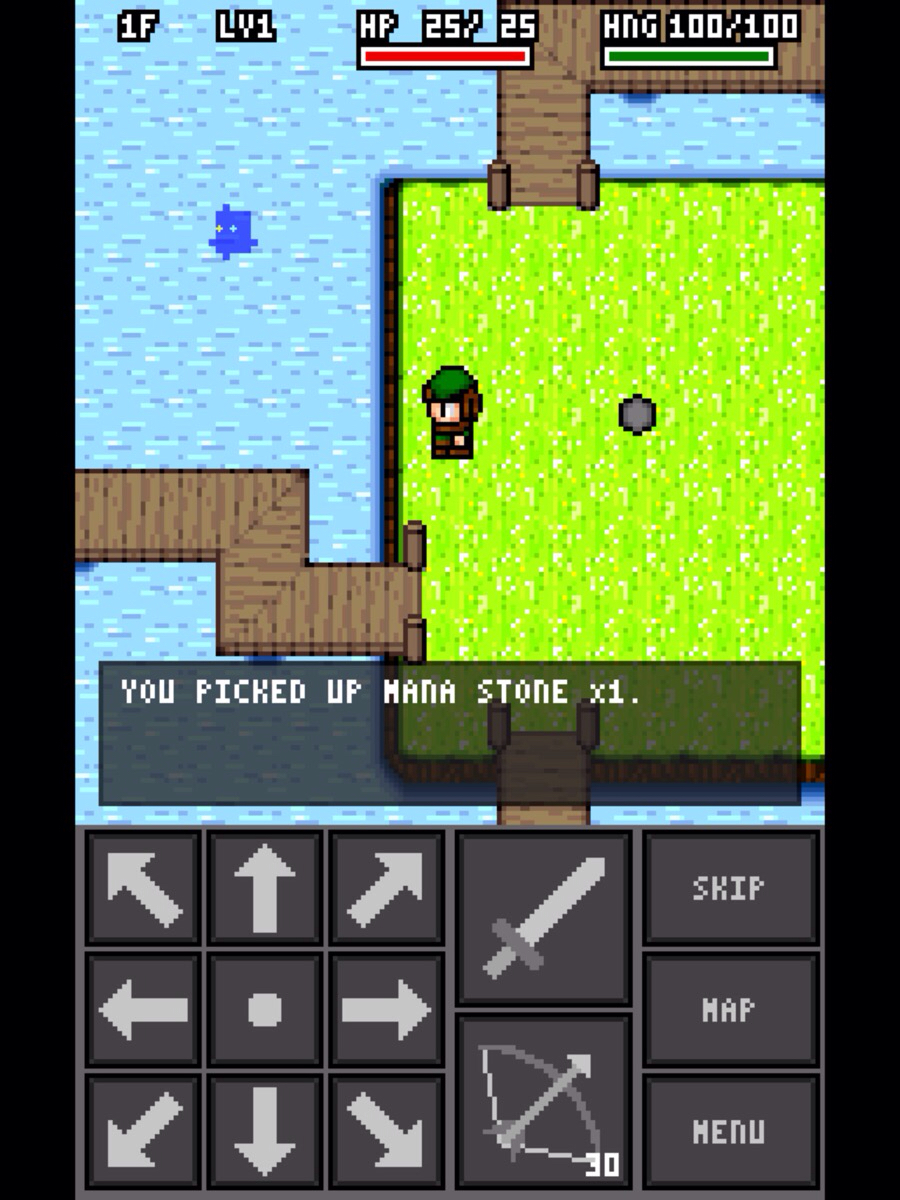 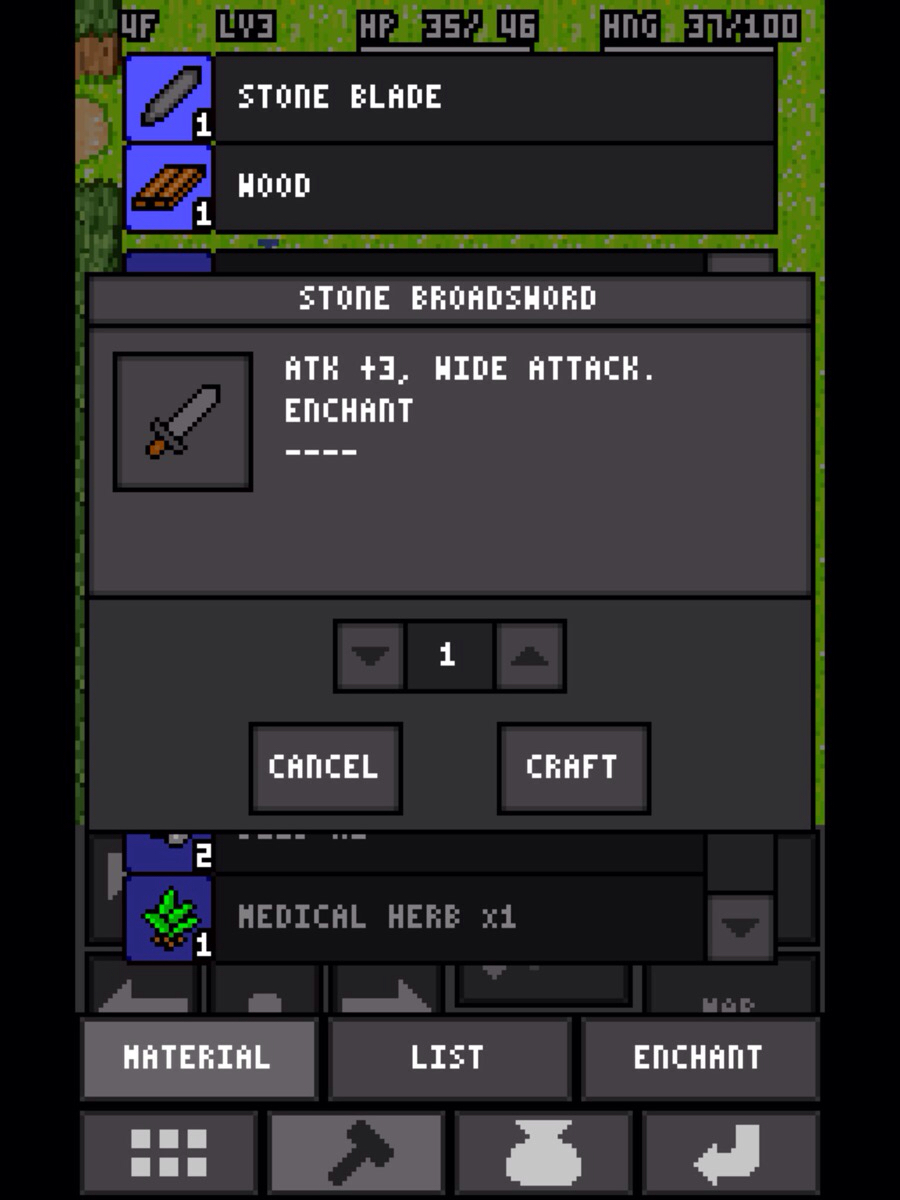 That’s how it goes in Alchemic Dungeons, the follow-up to Q-Cumber Factory’s Rogue Ninja ($2.99). You might recall I first got word of the game when I was asking some questions about that game for the RPG Reload article I wrote on it. Well, it wasn’t long before I had a preview build in my hands, and I’ve got to say, Q-Cumber’s really onto something here. Adding a crafting element to the Mystery Dungeon structure found in Rogue Ninja makes the game significantly more fun to play. Instead of finding things you may or may not need, you’ll usually just find raw materials laying around. From there, you can decide what you want to make. There are a bunch of different types of weapons, and they can all be made from different materials to modify their strength. You can even enchant them with the right materials to give them a special effect like putting enemies to sleep. Maybe it’s armor you need, though. Put together cotton, wood, or pieces of ore to dress yourself up in style.

Of course, this is a roguelike, so you’ll want to make sure you’re taking care of your hunger, and making use of potions or magic stones to get a leg up on the enemies. These too are fashioned from the things you’ll find around the dungeons. Having such a huge variety of items at your disposal allows you to customize your inventory according to your play style, giving you a little bit more control over your destiny than the usual roguelike. Only a little bit, mind you. The levels are still randomly generated and prone to dropping a ton of deadly opponents in your path. As in Rogue Ninja, the beginning dungeon isn’t too hard to pull off, but instead of just two more dungeons to look forward to after that, in Alchemic Dungeons, there are a total of five increasingly difficult dungeons. Each of them has their own sets of visual themes, as well. The first dungeon starts in a forest that descends into a cave. The second one has you running across planks over a lake to hit little islands. 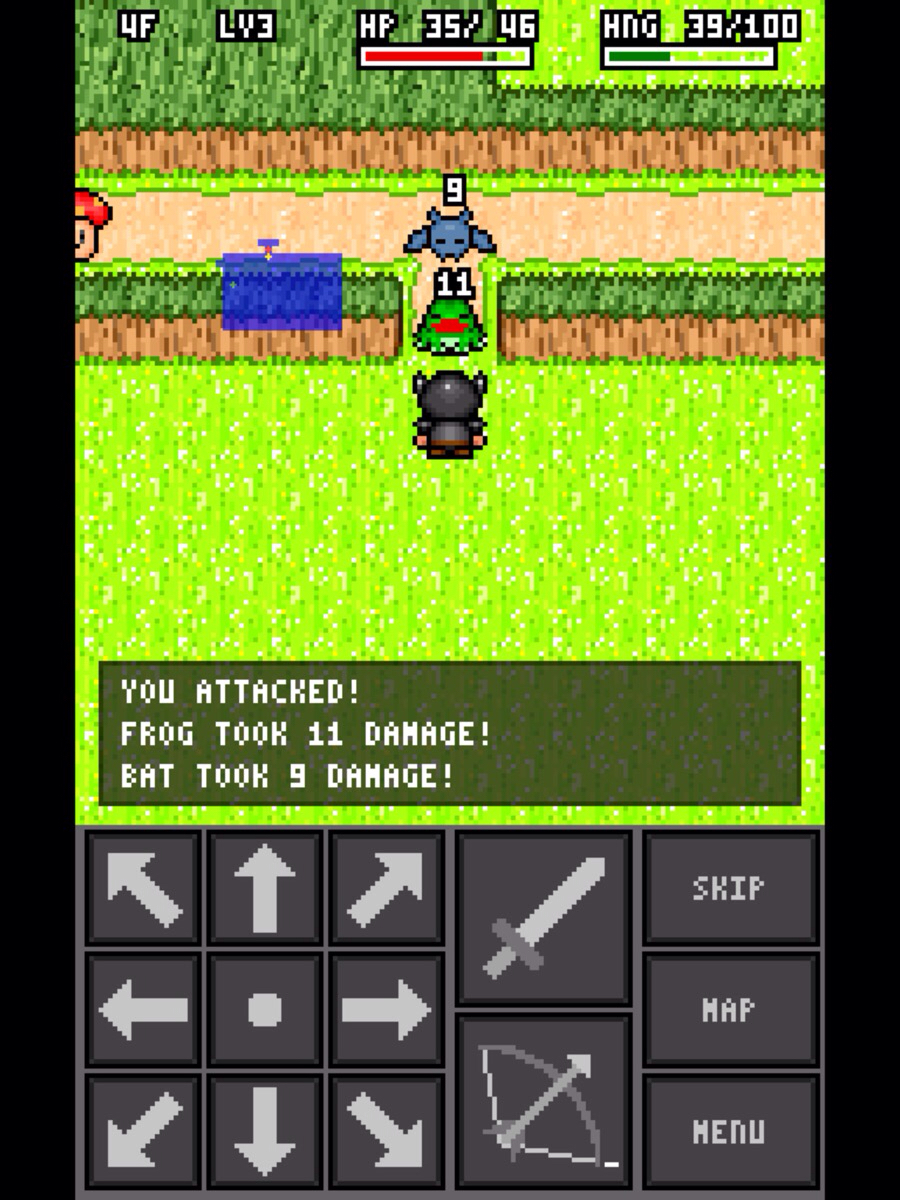 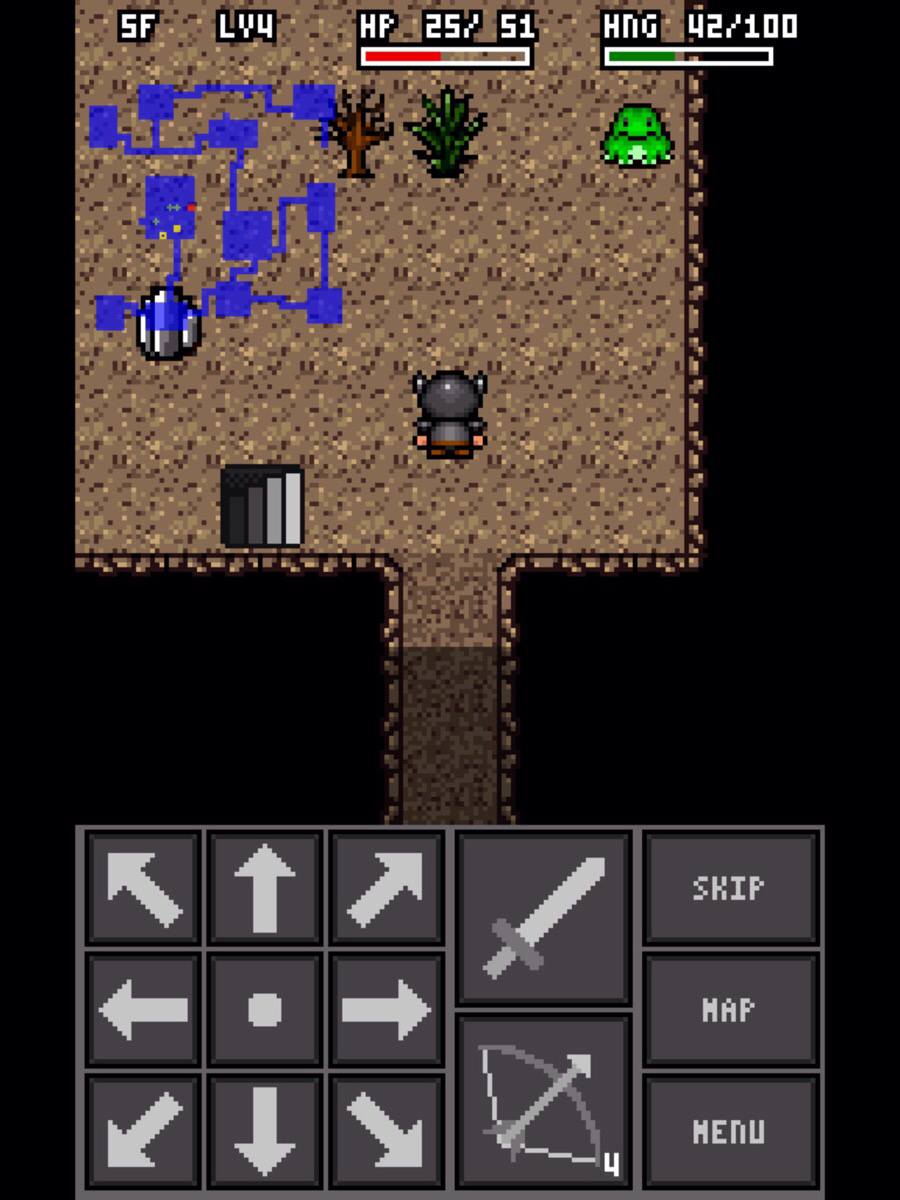 In a switch from Q-Cumber’s usual ninja theme, Alchemic Dungeons has more of a broad fantasy feel to it, allowing it the freedom to expand beyond the narrow focus of Rogue Ninja. You can choose from three different characters at the start, including a blue-haired warrior, a hunter clad in green, and a dwarf sporting a sweet beard. They all start with different gear and stats, adding yet another layer of choice to the experience. As in previous game, whether you live or die, the results are recorded on the in-game leaderboards, which show the character you used, how far you got, how quickly you got there, and what (if anything) killed you. You’ll have to clear each dungeon to open up the next, so you’ll have to plan your moves carefully if you want to see everything.

Alchemic Dungeons is set to hit before the end of June, which means you’ll have your chance to play it soon. Q-Cumber tells me it will launch for a special sale price of $0.99 before migrating to its regular price of $2.99. It’s a complete game with no IAP, so any fans of Rogue Ninja or any other Mystery Dungeon-style roguelike should be prepared to part with a buck or three pretty soon. In the meantime, check out the trailer for the game, which should give you some idea of how it all works. We’ll have a full review for the game after it hits the App Store.