Jussi Simpanen, aka Adventure Islands, developer of the rad Metroidvania Tiny Dangerous Dungeons ($0.99), has announced his next game, which is also his first game. It’s Dangerous Dungeons, or specifically, a remake of that game. He’s decided to bring four more years of art and programming experience to the table, to make this platformer better than ever. You can see just the differences between the first version and the remake, coming to iOS and Android in a couple of months, in this comparison screenshot: 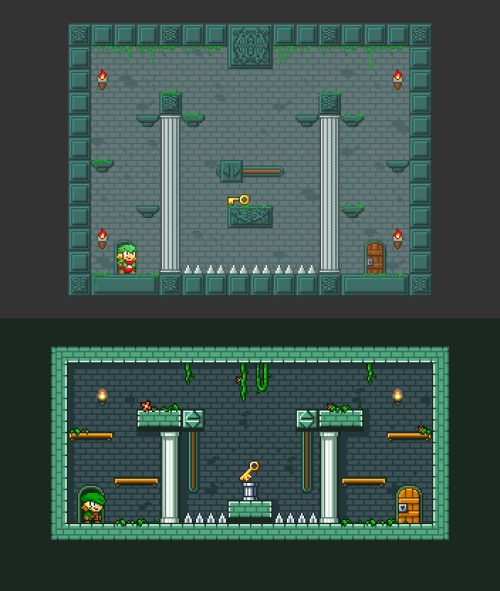 The art’s being redone in a full-color style with Timmy, the adventurer from Tiny Dangerous Dungeons. The levels are being adjusted for mobile and for the new physics. The game will be easier than the Flash original, but with a new level in each dungeon and a brand new dungeon to play. Even the original composer is re-doing the soundtrack. This is pretty cool to see a developer tackling one of their original games with so much more experience. While I like new games, I also would like to see some developers try a similar thing with projects they think could be better with experience.