You probably noticed the recent influx of roguelikes recently. Just within the last week Sproggiwood($4.99) and Desktop Dungeons($9.99) released and off the wall Shooting Stars is drawing near as well. I suppose if you have the big bux and can afford to buy a bunch of em, rats off to ya. If you have to choose though, you might want to consider Desktop Dungeons. I have played unforgiving rogue likes before, but this one is a true challenge.

QCF Design has captured a pretty unique experience and distilled it into what they call a “roguelike-like puzzle game." I know that before even publishing this story we are going to get comments about how saturated the roguelike market is and I can understand that sentiment to a point. What I really actually love about the influx of these games is that we are seeing these creative gameplay branches sprout from the bog standard roguelike experience. 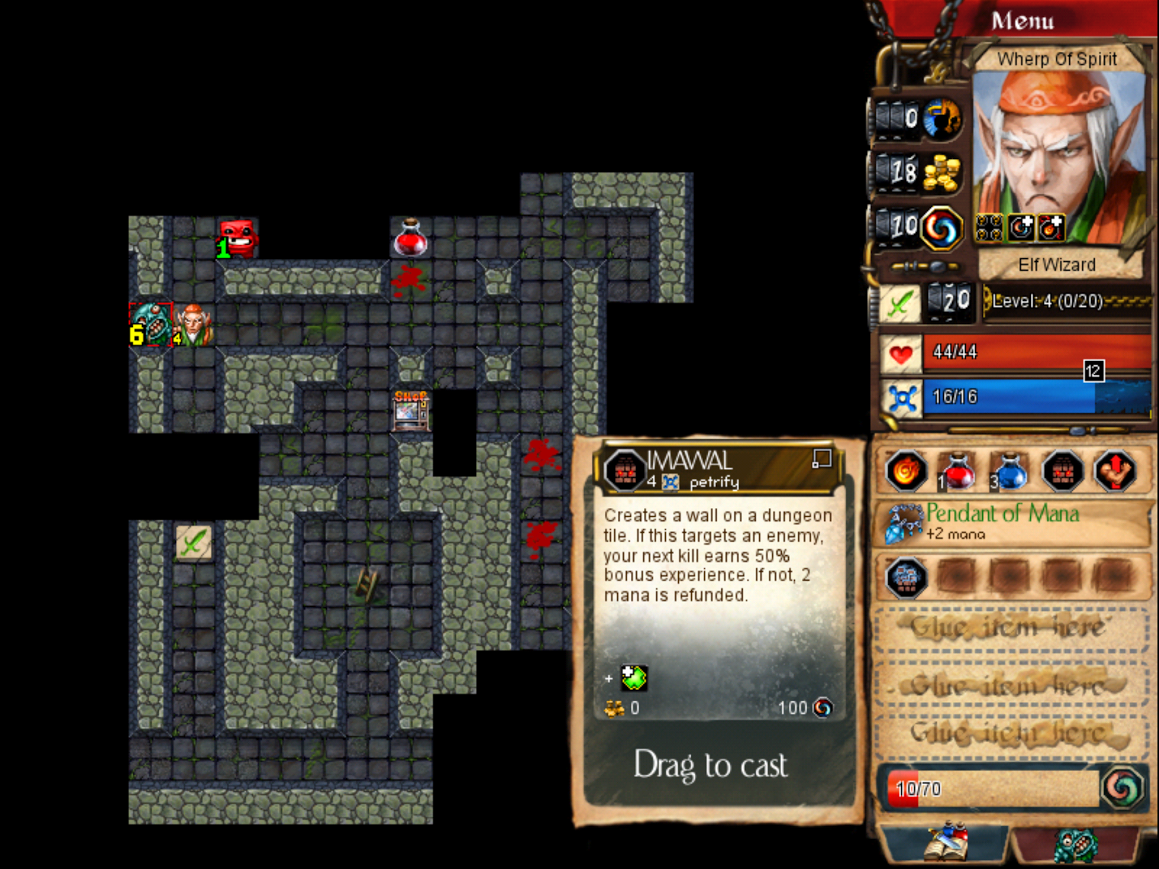 Desktop Dungeons basically places you in an open field and tells you to build a town. In order to construct buildings, you must accrue gold by guiding adventurers through various dungeons. After you choose your class and race, you choose the dungeon you wish to enter. Some dungeons are specifically built to be nigh-impossible for all but a few specific classes, so be prepared to utilize multiple classes to roll through the voluminous content this game holds. Your hero will slowly level up, pick up buffs, and uncover fog of war areas in their quest to defeat the end boss of the dungeon. Each square you uncover from fog grants you health and mana.

This is where the puzzle aspect comes in, because 9 times out of 10 trying to run straight through will get you killed. You must carefully plan out health and mana gains from revealing fog of war, quaffing potions, and levelling up. Each time you reveal fog, you and any injured enemies all heal up a bit. This makes whittling down higher level monsters very tricky and sometimes impossible without levelling up. If you only fight monsters your level, you will most likely end up under levelled and unable to complete. So the obvious question is how can you kill the stuff higher level than you? Each class and race has their own combination of skills that tilt the odds in their favor. An Elf Wizard, for example, builds up their mana bar to be able to cast more fireballs, wait sorry, the fireball glyph is called BurnDayRaz. 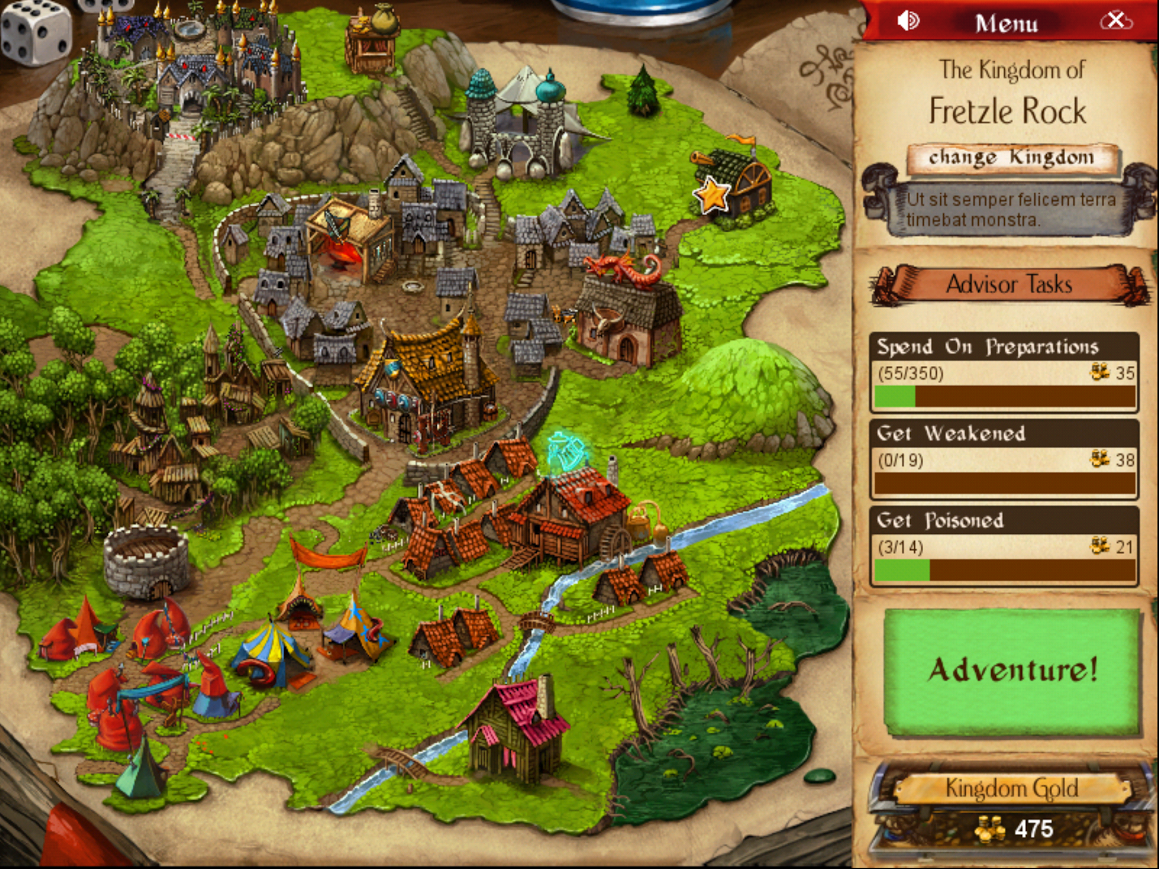 The Glyph names are goofy, and are in keeping with an oddball sense of humor that really helps carry the barebones story along. The town system is really just an alternate way to represent the upgrades that you can unlock as you progress in the game, but the flavor text on everything in town more than makes up for the letdown. The game’s humor carries it through it’s lulls pretty well and upholds the gameplay really well.

My major point of contention with the game would probably be that it is iPad only, but for good reason. The size of the squares you have to tap are quite small and I find that many times I have to hold down a tap just to be sure it’s going to the right place before I commit and pull my finger off the screen. I don’t usually have a mis-tap because I do verify a tap before I let off, but it slows down gameplay.

The initial learning curve is pretty steep. The game helps with this through side puzzles and side quests that demonstrate the proper use of some of the less obvious mechanics in play, but until you really start to find your groove, you can expect to die a lot. For an experienced player of roguelikes, this is right on point. Be careful though if you are just starting your journey into the wonderful world of 2D dungeon delving. You might find the challenge a bit off-putting.

Desktop Dungeons has made a pretty great effort to port their game to the iOS world, and it packs a lot of replay and problem solving into this app. If I were to make a list of things I wanted to have added, a save function for mid-dungeon pausing would be right at the top. As it is, sometimes closing the app for long periods means you have to start a dungeon over. As it is, I still really enjoyed my time planning out my victories over the big bad bosses that lurk in my desk… or my tablet I guess. If you like roguelikes, This is a solid pickup.