The iOS gaming market has demonstrated a lot of interesting things over the years. One of those things is that even with a library containing literally hundreds of thousands of games, there can still be big holes in the lineup waiting to be filled. Even after a hole is plugged, there’s no guarantee that it’ll stay that way as games are removed from the App store. One of the biggest holes right now, in my opinion, is that of the Diablo-style action-RPG. I see people all over the place looking for a good one for their iOS device. Now, it used to be that you could just direct someone to Gameloft’s Dungeon Hunter series and they would probably come away satisfied. The recent turn into free-to-play has turned the series into something that not everyone can get on board with, however, and the older paid installments have been gone for a while now. That leaves us with a gap, and its continued existence certainly isn’t for a lack of trying. The latest attempt is The Barbarian ($1.99), which comes from a fairly small developer that appears to be stretching its legs for the first time. Unfortunately, it shows.

In The Barbarian, you play as your choice of several beefy barbarian dudes. You hit land on the docks of a small town outside of a castle, and like in any RPG worth its salt, the people need your help. Monsters are everywhere, the castle has closed its doors to the people, cats and dogs are living together, and so on. By talking to people, you can take on quests. Usually, you’ll need to retrieve some item that you’ll invariably pluck off a dead body in some exotic location, and when you bring it back you’ll be rewarded either materially or with a plot coupon that allows you to get to the next bunch of quests. You can use your accumulated wealth to upgrade your gear or to train in new skills, provided you have enough skill points to do so. Skill points are earned on level ups along with the usual stat boosts. Once you meet the right requirements, you can switch to an advanced job class that will afford you even more abilities for handling the enemies. Stir leisurely for about 15-20 hours, and you have The Barbarian. 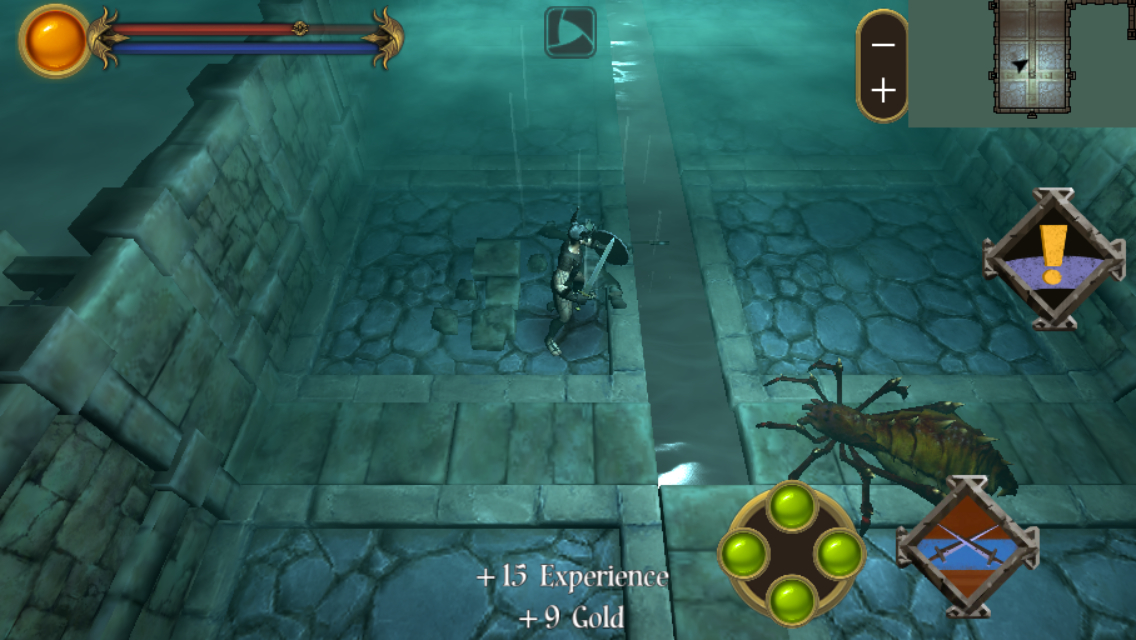 There are a lot of things I like about this game. It’s clearly been planned out carefully on paper. There’s quite a bit of depth to the game, including the advanced job classes, individual weapon skills and levels, and an unusually long campaign for this kind of game. The game isn’t afraid to swarm you with enemies, which is always very exciting, and they come in a ton of varieties, if not in appearance then at least in behavior. The game occasionally looks great, and I’m glad the developer went the distance in making sure equipment upgrades were visible. There’s even a fairly light penalty for death, with the game setting you back to the town docks bereft of half your gold but otherwise intact. You’re constantly making progress, which is a very important component in an RPG.

Sadly, as sound as the design may be, the implementation isn’t great. The user interface is confusing and awkward, with few explanations of what does what and lots of oddities like letting you choose dialogue choices that you shouldn’t have open to you based on your progress. The game is a technical nightmare, draining the resources of even the most powerful devices out there. The framerate is abysmal unless you turn off almost all of the fancy graphical features, an option that I was very thankful for. The Barbarian needs a ton of working memory, and unless I restarted my iPhone 5S to load the game clean, it typically would crash as soon as I selected my save file. Suffice it to say, it’s not going to run on anything less than an iPhone 5, and I’m not sure I’d even recommend it on there. I got stuck in walls at some points, sent to loading screens that never ended in others, and got snagged on too many objects to count. The beautiful effects that make some sections look so good can make others nearly impossible to navigate safely, and the default camera can be an absolute disaster in interior areas. 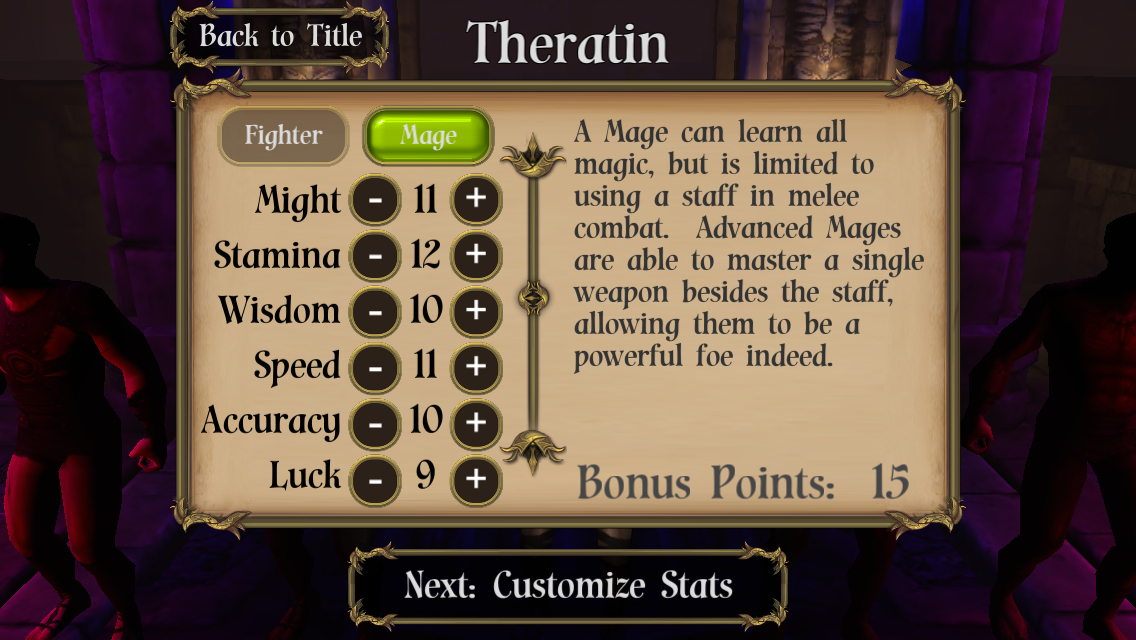 Speaking of the interiors, the dungeons in this game are pretty lousy. There’s too much dead space in them where you’re just trudging along waiting for the next batch of enemies to spawn. I’m thankful for the included auto-map because without it, I may have gotten lost with how many similar sections of hallway running I did in this game. The environments are never used to create interesting battle scenarios. In most places all you can really do is wade into the storm, unless you want to take advantage of the AI by drawing beasts in smaller numbers around corners. That’s less fun than wreaking havoc, though. I just wish my character moved a little better. The enemies afford plenty of opportunities for fast-paced combat based on positioning, dodging, and counter-attacking, but I could never get my barbarian to move quickly enough in practice to actually avoid hits most of the time, even after sinking points into the ability that makes him move faster. This was the same whether I used the virtual stick or took advantage of the game’s MFi controller support. Basically, no matter what my enemy was, I ended up adopting a similar strategy. Lure them around a corner, alone if possible, and give them a thrashing, or rush them head-on to give them a thrashing and hope my health holds out.

The magic system allows for other options, but you only have so many skill points and so much gold to go around, so you’re probably best following either the fighter or the mage path that you select at the start. For mages, the problem comes from how numerous and aggressive the enemies can be. You’re a bit too squishy to hold up to much, and once you’ve got an enemy’s attention, it will close the gap with you very quickly. If you’re persistent with either class, you’ll make progress, particularly since the majority of enemies take what seems like forever to respawn. At the same time, it’s easy to fall into a spiral of failure wherein you’re not strong enough to beat the foes that are in your way, but too many deaths have left you without gold for skill-ups or new gear. As you can’t count on timely enemy respawns, it’s pretty hard to grind for gold or experience points. If you’re foolish enough to die holding onto a lot of coins, you’re going to feel that loss. 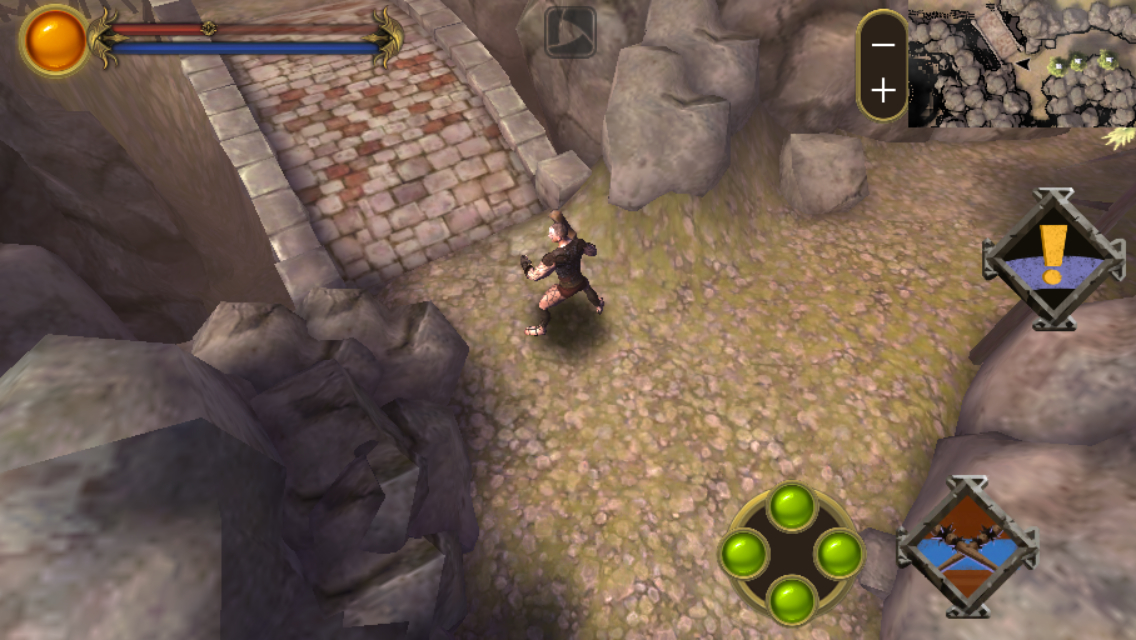 This all ends up keeping The Barbarian from being anything better than just okay. When I turn off the shadows, play cautiously enough in the beginning to make sure I’m strong enough to afford dying when it counts, and am not facing enemies too quick for my hero’s clunky movement to stay on top of, I have an alright time. The dungeons are still kind of boring to navigate, but plenty of the core elements that make this kind of game fun can be found here. I’m not a big booster of the loot system in the game, however. It checks off all the boxes in terms of offering a wide variety of magical gear with seemingly random modifiers applied, so that end of things is fine, at least. The problem is that the wise player should be specializing with their skill points, but if you do that, most of the stuff you find is going to be outright unusable for your character. You can’t even equip a sword without dropping a skill point in, which really cuts back on the thrill of finding some cool new piece of kit when you’re out and about, far away from the trainers in town.

My understanding is that The Barbarian was made by a one-man team. That’s very impressive, of course, but it doesn’t change the actual game, which falls short in a few too many ways to give it a solid recommendation. In its quest to scratch the itch for this type of game, it’s more of a feather duster than a back scratcher. You can sort of feel it touching the itchy spot and providing the most minor of relief, but it never actually hits the point with any power behind it and thus leaves a person without satisfaction. It is, as it claims in its App Store description, a “real, complete, console-style" game, and I admire it for that, but the problem is that it’s not a terribly good one. That said, some of the members of the TouchArcade forums seem to like it better than I did, so you may want to check there for more impressions.