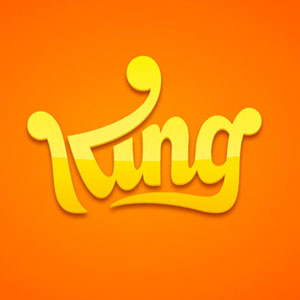 Even though King Entertainment, the company behind all the Sagas and the Crushes, is often the example people use to describe how F2P companies make crazy amounts of money, its latest earnings report has raised some eyebrows and caused King Entertainment’s shares to tumble significantly. First, the good news. King’s revenue came in at 570 million dollars, above expectations of 555 million. The company now has 550 million monthly active players, up from 481 million during the first quarter of fiscal 2014, and 158 million daily active players. All of these numbers are a record for the company, so when it comes to number of users, King Entertainment is doing great.

And now for the bad news. First of all, the bookings (economic benefit from the sale of items or the purchase of access in a game) are forecasted to decline to about 490 million dollars in the second quarter. This decline reflects a significant drop in the number of unique players who actually spend any money on King games, a drop from 11.86 million to 8.52 million. While the paying customers actually spend more now than they spent in the same period in fiscal 2014 (an average of $24 compared to $18), the increased average spending isn’t enough to make up for the significantly-smaller number of paying customers. As a result, King’s shares were down as much as 11% today, a huge hit for the F2P company. What do you think about this news? Is King losing to the likes of Supercell, or is this drop an omen of changes being afoot in the App Store?