Lifeline ($0.99) is a gamebook/choose-your-own-adventure novel that tries to do something a bit different from other games: it is designed as a game where you experience it through notifications as much as you do through the app itself, with simple A/B choices to make. It’s got Apple Watch compatibility, so it’s meant to be something that you can experience anywhere, at any time. It also plays off of the ways that we receive notifications on our devices, and wait for responses. It’s a clever concept, with great writing, but it falls apart after the first playthrough, when the waiting gimmick quickly grows old and hinders the experience. 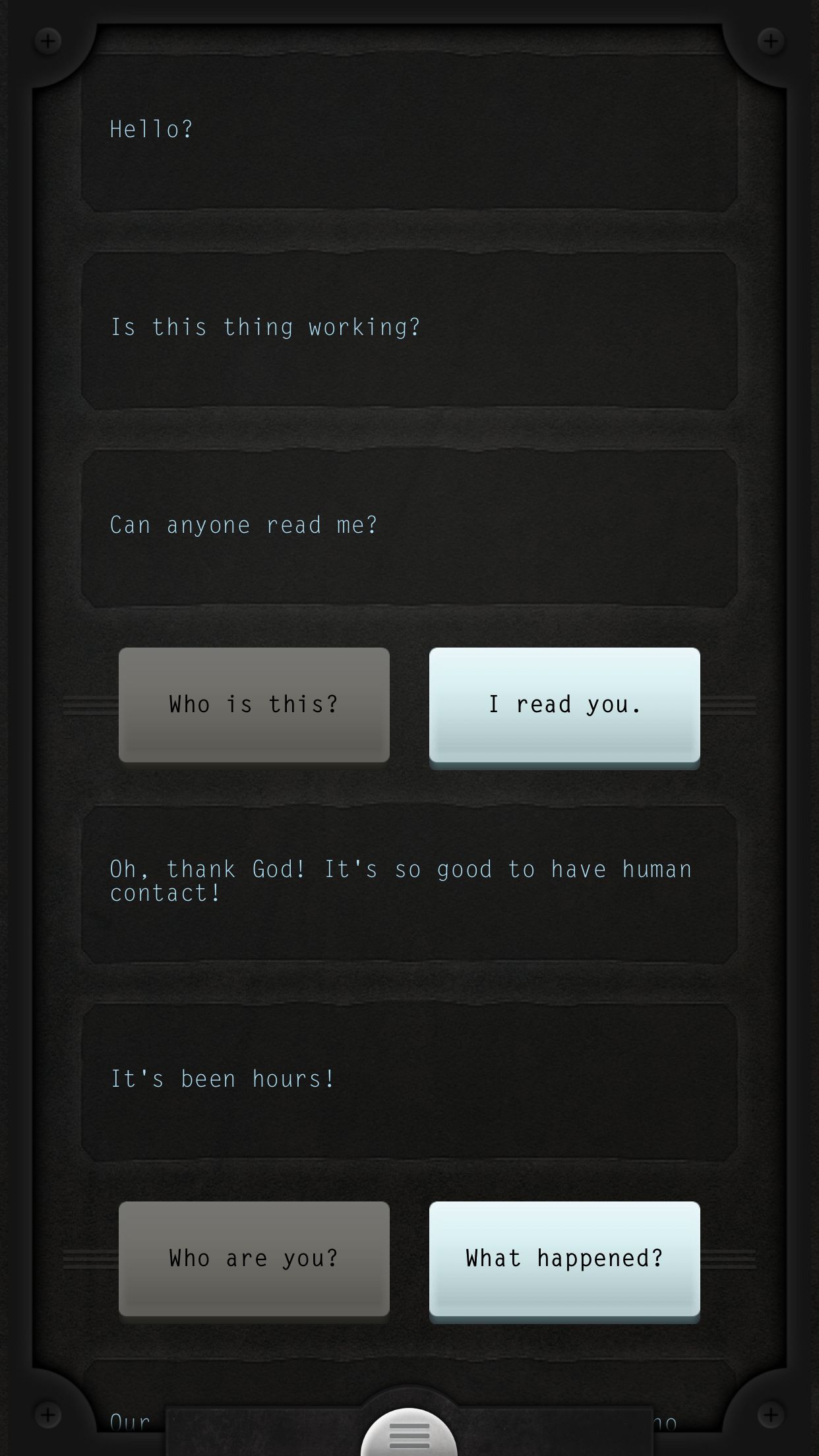 Lifeline is the story of Taylor, the only survivor of a spaceship crash, who gets in contact with you. You’re Taylor’s only means of support, as you serve as a sounding board and make decisions to try and ensure that Taylor doesn’t die. This even involves meta-fictional elements where you might have to Google something in order to see if it will kill them or not. Taylor seems to be written in a gender-neutral way, which is kind of clever.

The game ends if Taylor dies, so you generally want to avoid that, though you can start over, and even gain the ability to change decisions along the way. The entire story is presented from top-to-bottom, and you can read from the beginning. As you communicate with Taylor, sometimes they’ll go and do things, and you’ll have to wait a certain amount of time for them to come back and talk again, with no recourse for skipping this wait. This game is made by 3 Minute Games, and Lifeline seems to fit into that name. You’ll be interacting with this in short chunks throughout the day. 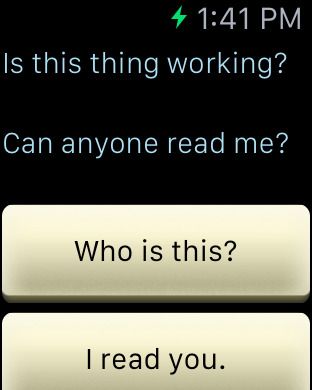 Lifeline is one of the first games to support Apple Watch, and it’s designed to be experienced through notifications that Taylor is back from doing whatever you told Taylor to do, opening up the app to see what they’re saying in full, and making simple A/B choices to send responses and offer advice. It’s built for the simplified interface of the Apple Watch, but it works well on the iPhone too. Not just from the interface, but because the game plays with notifications, that we’re getting missives from someone that we must respond to. You can respond at your own leisure, though Lifeline does make you wait longer when Taylor is sleeping, for example. The game does have a minimal soundtrack on the iPhone that tries to set a dark, eerie mood.

Oh, I had my fun at first with Lifeline, sure. I eventually dared to just send Taylor down whatever path seemed most interesting. My choices were not necessarily the smartest. So when Taylor froze to death due to my choices, I felt legitimately bad. I had led Taylor to their doom, much to their protests. Taylor died cold and alone and it was my fault. And I felt awful about it. I ventured to start over and make sure Taylor could stay alive this time. I’m not gonna fail you, buddy!

This is a sign of the game’s great writing, done by Dave Justus of The Wolf Among Us (Free) fame. And that this manages to create an emotional connection to Taylor is a fantastic writing achievement. Taylor isn’t just a helpless character, though, yeah, kind of. But Taylor will snark back and be sarcastic if a decision seems like a bad idea. The game does just enough to where I felt legitimately awful about letting Taylor die, and I wanted to prevent that the next time I played!

So, Lifeline has you start over the first time that you go throug the game, and you probably kill Taylor. But this time around, you get the benefit of being able to change your decisions this time around, which is quite helpful. Now I won’t lead you to your death, Taylor!

There’s just one problem, and it’s something that can definitely be fixed, but it really hurts the game: it’s the wait times between decisions. The first time you play, these serve as a fantastic way to simulate the time between Taylor’s check-ins. When you’re waiting on Taylor to make a choice you’ve already gone down, these quickly become very annoying. Yes, I know precisely what’s going to happen from here on out.

So, the game just gets annoying to play. Thankfully, being able to change your decisions this time around helps you get to the end, but it’s a tedious affair. It would help to perhaps be able to skip wait timers that you’ve already experienced. That might take something away from the game, but the concept of ‘waiting for a new transmission’ has a very limited shelf life.

Granted, every gamebook/choose-your-own-adventure story is going to run into this problem with the familiarity of certain branching paths. But Lifeline, by throwing so many speed bumps in the way, makes the problem worse by making it impossible to mitigate. So, Lifeline quickly became something I resented whenever I played it, because I knew it could reach such highs. It’s just that its gimmick fades quickly under further scrutiny.

The thing is, Lifeline‘s writing is good enough that I think the waiting gimmick could be removed and the game would still hold up well enough if you could disable it. Trying to guide Taylor when you can’t actually see what’s happening is interesting enough. Having to wait gets old. Lifeline is an interesting enough experience as a gamebook that it’s still quite worthy even without its gimmick. Some form of mitigation between “I don’t want to waste time with things I’ve seen already" and “Not ruining the point of the game" needs to be found for this to be as fantastic an experience as it deserves to be. The highs of Lifeline are very high…the lows are disappointing.