Big Bucket Software, creators of The Incident (Free) and last year’s Space Age ($4.99), are hard at work on another game currently in the early stages of development. Temporarily-titled BB3 (short for Big Bucket 3, presumably), this is looking like a platformer where Frank, the protagonist of The Incident, is running along some Mario-esque platforms. The difference is that you’ll be controlling the world around Frank, allowing him to make jumps and collect coins by moving each part of the scenery individually. An early work-in-progress video was shared by Matt Comi of Big Bucket, which you can watch on his blog. 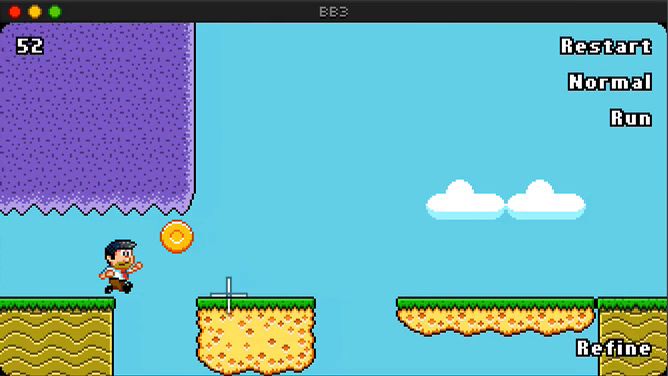 I’ve seen the world-shifting concept in games before, but I’m really curious to see how Big Bucket takes to the concept. Plus, the art seems particularly like Super Mario World in a way that’s kind of intriguing. Obviously as this is early on, things can and will change, but this is definitely a game to keep an eye on down the road.