Diego Cathalifaud’s mobile roguelike trilogy is concluding with another solid game: Arcane Tower ($1.99). After the fun Amber Halls ($1.99) and Power Grounds ($0.99) each released last year, a game with similar flat visuals and roguelike gameplay. It’s a great way to end the trilogy, bringing another solid game that’s great on the go.

The thing that makes Arcane Tower different is that your method of dealing with enemies includes not just bumping them, but also collecting runes throughout the game. These runes are limited-use items, that allow you to attack enemies, teleport, and more. The runes are spread throughout each floor, but the limiting factor is that you can only collect 3 runes per level. So you not only have to choose wisely, but you also have to factor in the enemies in each of the 12 floors you have to make it through, and the long-term factors. Runes come in limited quantities, and a rune you use now is a rune you might need later. The game is meant for short sessions, so success isn’t necessarily unattainable if you keep working at it. 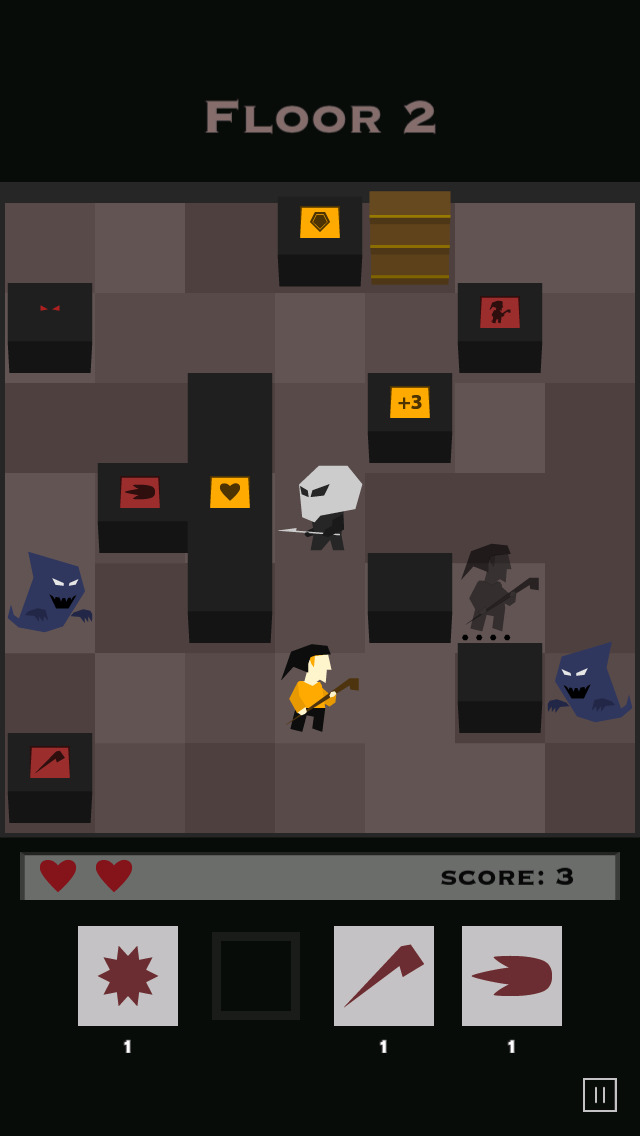 This is the kind of game where you will die often, and you will often die early on in the game. It can happen in an instant: when there’s a sudden assault on you from all sides that you wandered into, then you have a problem there. Better learn from that mistake. Plus, holding on to your powerups for as long as possible, and not wasting them on easier levels so that you have them when there’s, say, five or six enemies that could be hit by a lightning bolt, becomes important. There are only 12 levels to make it through, but “only 12" will sound silly when you keep dying early on. I love the genre, I love the replayability, but I stunk at this game for a long time. Thankfully, Arcane Tower is accessible and perfect for casual play, especially as a portrait game playable through taps and swipes.

The game is best played in two phases. There’s the phase where you’re trying to figure things out, and playing to survive, rather than just doing well. You need to learn the mechanics and master what works and what doesn’t before you have to worry about what will score you lots of points. The game does feature +3 blocks that will increase the number of points you get per kill on a level, but these come at expense of another powerup item that might help you. And that +3 might not be in a handy position. 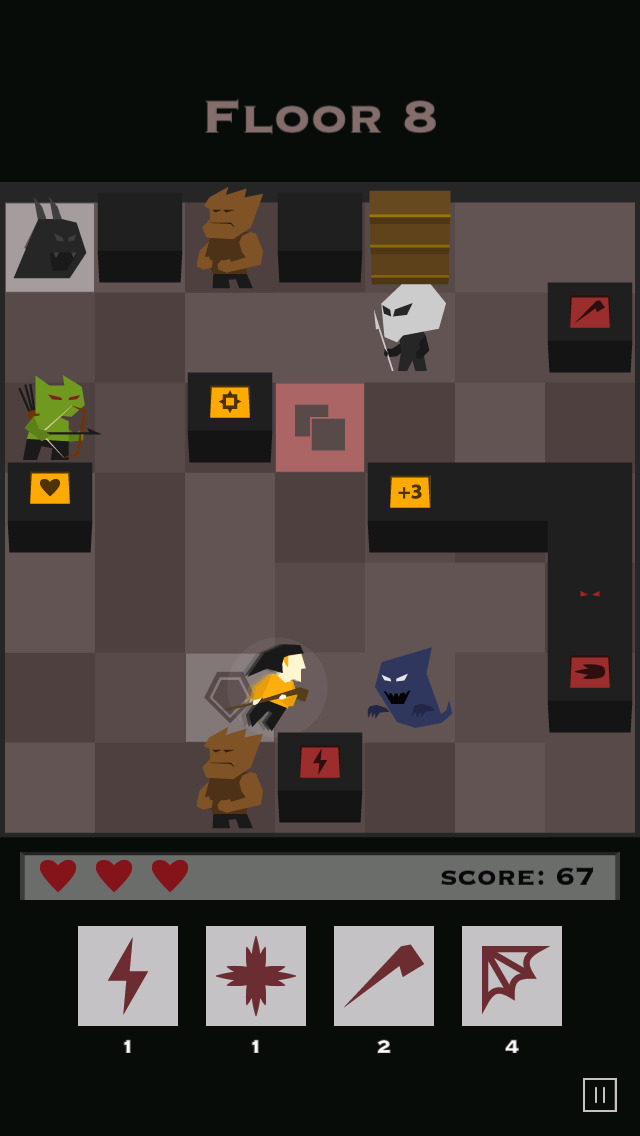 I love the daily challenge mode, where all players play a dungeon run based on the same seed, for two reasons. One is that I love daily modes and think more mobile games need them. Something that gets me back into the game is a good thing! I know games have login bonuses, but something that must be played right now? Yes. This mode encourages playing for score versus playing for survival, but hey, that’s what the daily challenge mode is there for. The second reason is that the high score list shows replays of other players’ games, with the ability to slow down or speed them up. You can pick up on some smart tactics, particularly as Diego Cathalifaud, the developer of the game, is regularly in the top 10. So, I suggest watching his replays. You’ll learn clever tactics, like picking up the powerup doubler, then spawning as many shadow clones of yourself as you have near powerups, and picking up a bunch at once.

Getting these replays makes the game so much more accessible because I might not have ever realized that what I just described was an option. You can learn so much about high-level play from the experts. You can’t watch the replays of daily runs until you play it for yourself, so you can’t cheat. Still, you can use them to study and learn for the future. You can’t watch replays for the normal high scores, which would be welcome, but hey, there’s still plenty to be gleaned from the replays. I wouldn’t mind the game having an option to notify when the daily challenge is new, though it seems to reset every evening anyway, so it’s not a big deal.

Arcane Tower is definitely a challenge, but welcoming enough to dive into. The visuals have a distinctive style but are also a bit crude, as Diego Cathalifaud’s style typically is. I did much prefer the color of Power Grounds, though. The game is simple enough that it’s accessible, but I don’t know how deep that dedicated players will find it to be. Not that it’s bad, but, say, in the early stages of the game, you’ll not find a whole lot of crazy randomness. The small levels do kind of impact that. o if you want a game you’ll be playing months from now, this might not be it. But as a smaller roguelike, hey, it’s not bad. Just know what you’re getting into. You will get your money’s worth out of this without any doubt, though.

So, if a roguelike that’s good to play on the go, that is challenging but still easy to dive into sounds like your kind of game, do check out Arcane Tower. You’ll find a lot to like here, and the daily challenge mode is fun to play. This is a solid game that fans of the roguelike genre should get some enjoyment out of.