Netmarble announced last month that they were bringing a Marvel action-RPG to mobile with Marvel Future Fight, and they’ve just announced that you’ll be able to pick it up worldwide right ahead of the release of Avengers: Age of Ultron, on April 30th. You’ll be fighting with a series of Marvel heroes, turning corrupted heroes back to the side of good, and then fighting with them. The soft-launch forum thread has been remarkably active since it launched, with loads of people getting into this game and collecting the at-least 36 characters currently in the game, with the promise of more. How deep in the Marvel roster is Netmarble able or willing to go? 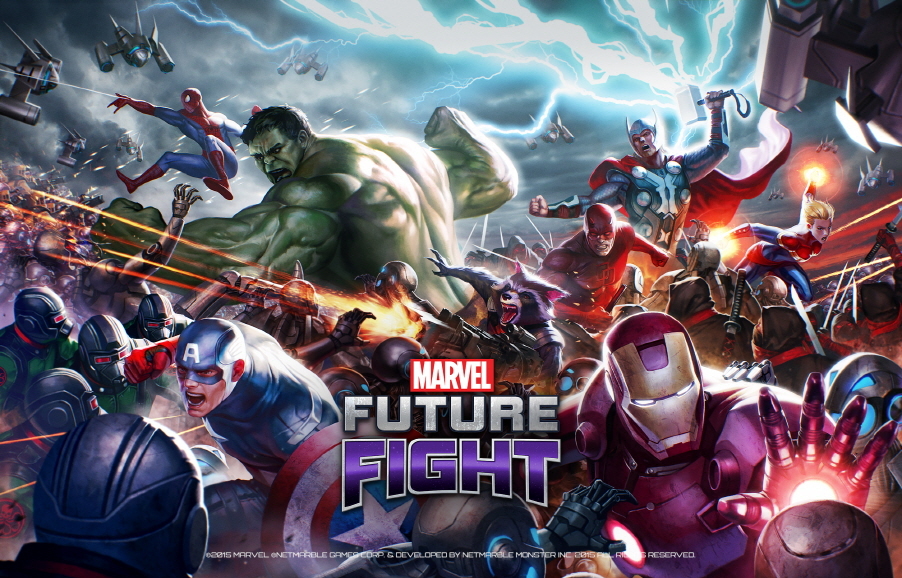 Marvel and Disney allowing two separate action-RPGs to hit the App Store means they’re being rather permissive with their licensing. I wouldn’t be surprised if there isn’t at least something else Marvel-related that sneaks out ahead of the new Avengers movie. They still have a long way to go until they hit, say, Games Workshop and Warhammer levels of permissiveness. After all, Marvel Mighty Heroes (Free) has a very different art style. But hey, my dream of all games being Marvel action-RPGs is getting one step closer to fruition.