If you’re picking up an Apple Watch, or just want a rad freebie to check out, you can get Rules! ($2.99) for free right now. It was the first game to officially support the Apple Watch when it was updated in March. Now, Apple is giving it away for free. It’s not just free on the App Store, though: you have to obtain the freebie through the Apple Store app. (Free) To do so, launch the app, go to the Featured section, then scroll down and look for the thin banner as pictured below: 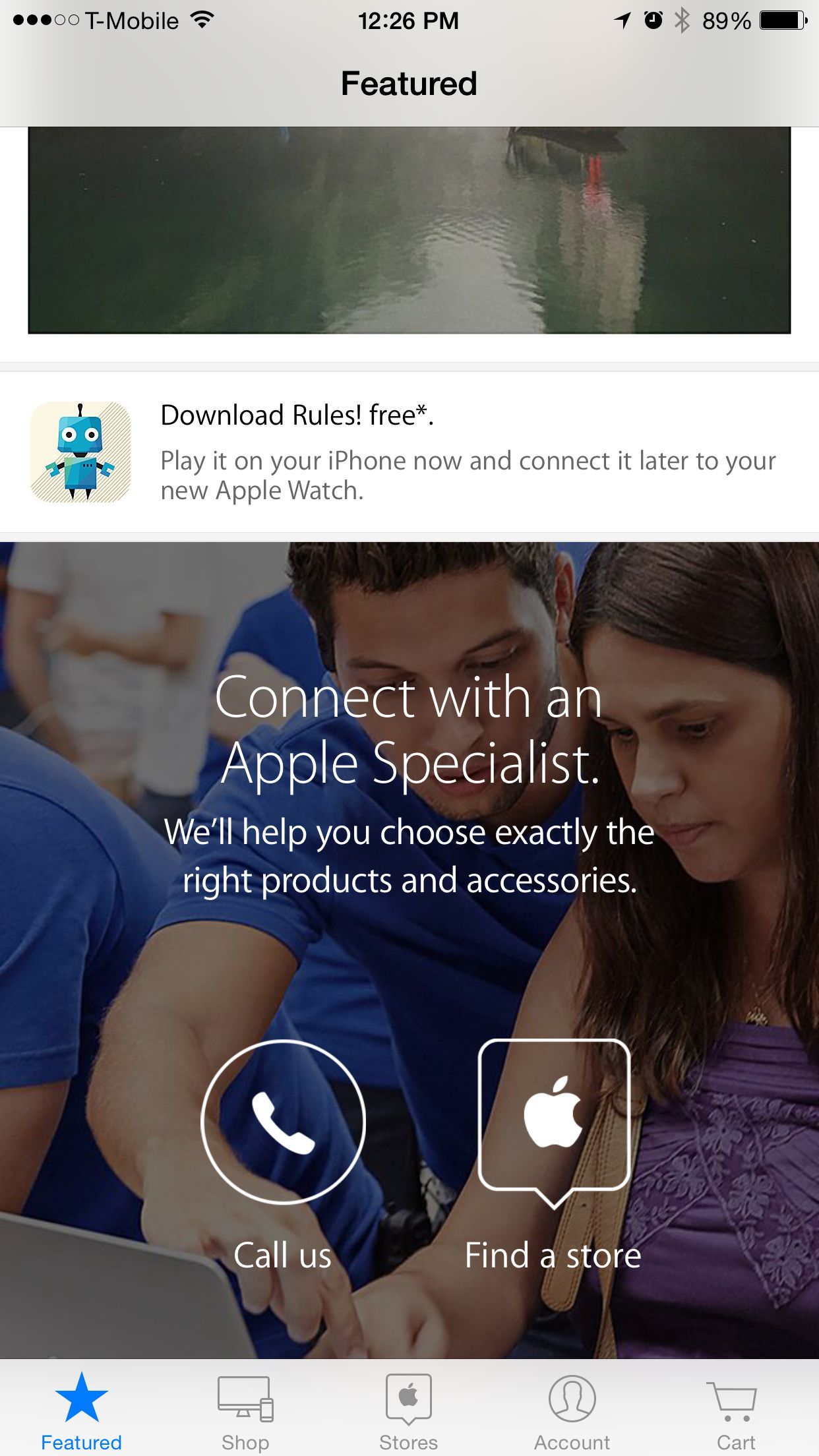 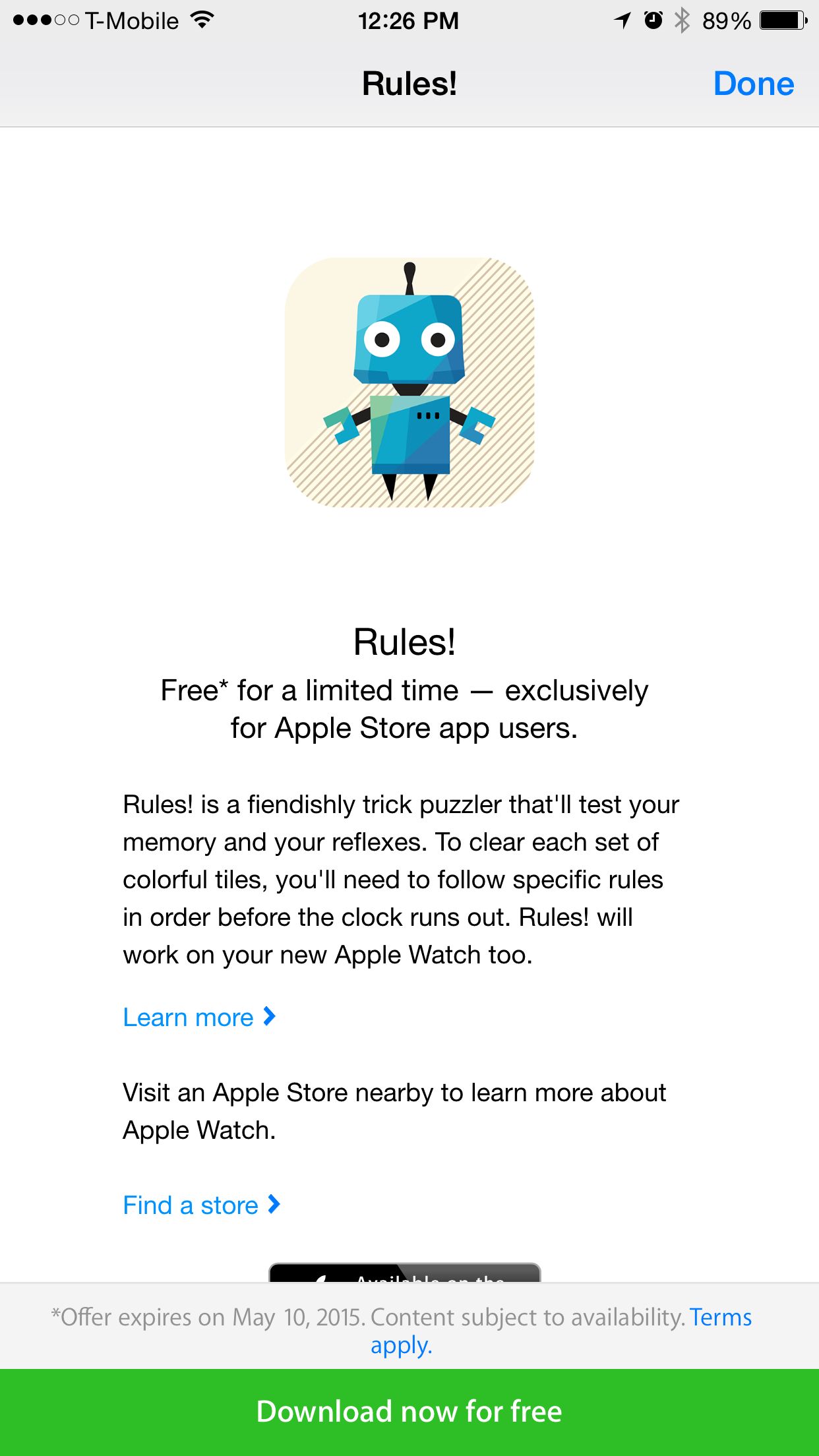 Accept all the prompts, and then you’ll be taken to the App Store, where you’ll redeem a promo code for the app. Note that you have to do this on the iPhone version of the Apple Store app, as the banner doesn’t appear on the iPad version. Plus, you only get one promo code for your iTunes account, so don’t expect to tap the banner a hundred times and get a hundred free codes, Apple’s on to you. This is a pretty cool promotion for a game we enjoyed in our review, so definitely check it out. And thanks to our forums for the tip!