Last Voyage ($0.99) joins the craze of abstract puzzle games that Monument Valley ($3.99) helped spark thanks to its massive success. And this game makes for a spectacular universe and artistic experience. Yet, Last Voyage winds up being less than the sum of its parts, as it tries to connect five different experiences as one package. Each part has value, but it doesn’t do a great job at making the package into a cohesive whole. Its myriad forms of gameplay are fascinating, as its existence as a beautiful thing. But the story, narrative, and message parts of its existence fell flat for me. 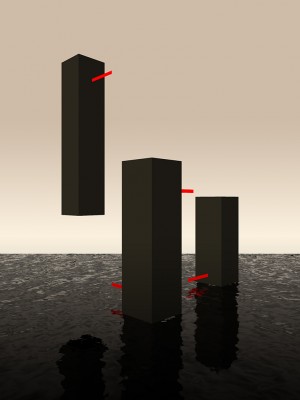 Last Voyage is not easy to sum up in one way, as it’s five separate games, split into five chapters that you can play in any order. Chapter five is definitely the conclusion of the semblance of this game’s story, though. This is rather abstract, and any meaning is best surmised through interpretation, or replaying after beating the game. There are two chapters, numbers one and three, that focus on puzzles, focused on taking simple prompts and making you solve them. Chapter one plays with elements of 3D perception, and Chapter three starts to play with colors and shapes. These puzzles are never anything too taxing, but have some clever tasks for you to try and sort out.

The other 3 chapters focus on reaction-based play. A couple of chapters are about moving from lane to lane to progress The difference? One involves two-dimensional movement, the other just one-dimensional, 3-lanes style play. That three-lane chapter does take place in a trippy energy field, though. The fifth chapter is where the meat of the game is: you control a star through various hazards in a top-down view. It resembles a shoot ’em up, or a vertical take on Alone ($0.99). It’s the most trying and lengthiest chapter, and it’s something that could exist as a game all its own at a larger scale. It would be gorgeous and captivating!

Last Voyage is best experienced as a set of a few vignettes, a curious artistic experience that you can take in and enjoy. There’s a gorgeous look to the proceedings, but don’t expect much in the way of depth or replayability. It’s just five short mini-experiences exploring different artistic themes and gameplay styles, rolled up into one game. It’s kind of a tough game to pin down, because it’s just five wildly different things all in one. 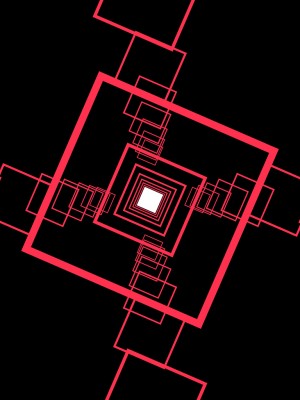 I do think that the game kind of misses out on a real poignancy. It doesn’t hint much at the narrative point that it’s going for until you beat the fifth chapter. Monument Valley did a great job at creating just enough of a narrative for people to get emotionally connected to Ida, the totem, and the story at large. Last Voyage just throws weirdness at you until you beat it. I did replay some of the game again to try and piece it all together. I think I made sense of the reaction-game chapters, but the puzzles still seem like unnecessary abstractions.

I think Last Voyage perhaps doesn’t succeed in being an abstract narrative game, but beauty is in the eye of the beholder, and maybe even artistic value will be determined by the person who perceives the art. Last Voyage as an artistic message will resonate a lot better with you if you play it. It has pleasing aesthetics: its use of red, white, and black throughout the game makes for a stunning look. The sound and music are fantastic as well; play this game with headphones on. And since the game is so short, maybe you can just pound through it again and again until it makes sense!. Perhaps going through this in one sitting is better than trying to do it at separate times for each chapter.

It’s odd to say that a gorgeous game like Last Voyage can be shallow, but it kind of is, albeit in an interesting way. I think I enjoyed it, and I’m trying to be vague so that if you’re intrigued enough, I have not ruined the surprises. I’m not quite sure how I feel, still!. It’s not quite sasitfying, but not without merit. It’s a gorgeous experience even if I missed the point of it all!. I’m conflicted, and maybe that’s why you should play Last Voyage, because it’ll make you think and be confused while also being impressed at it?