One of the reasons I’ve been enjoying the work of iOS game developers these last few years is that they tend to experiment with gaming mechanics and aren’t afraid to mess with players’ genre expectations. Granted, some of the results of the, at times, unbridled experimentation have been less than stellar. Still, I’ve enjoyed many of the products of all this experimentation, for instance I’ve had a lot of fun with most of Simogo’s games . 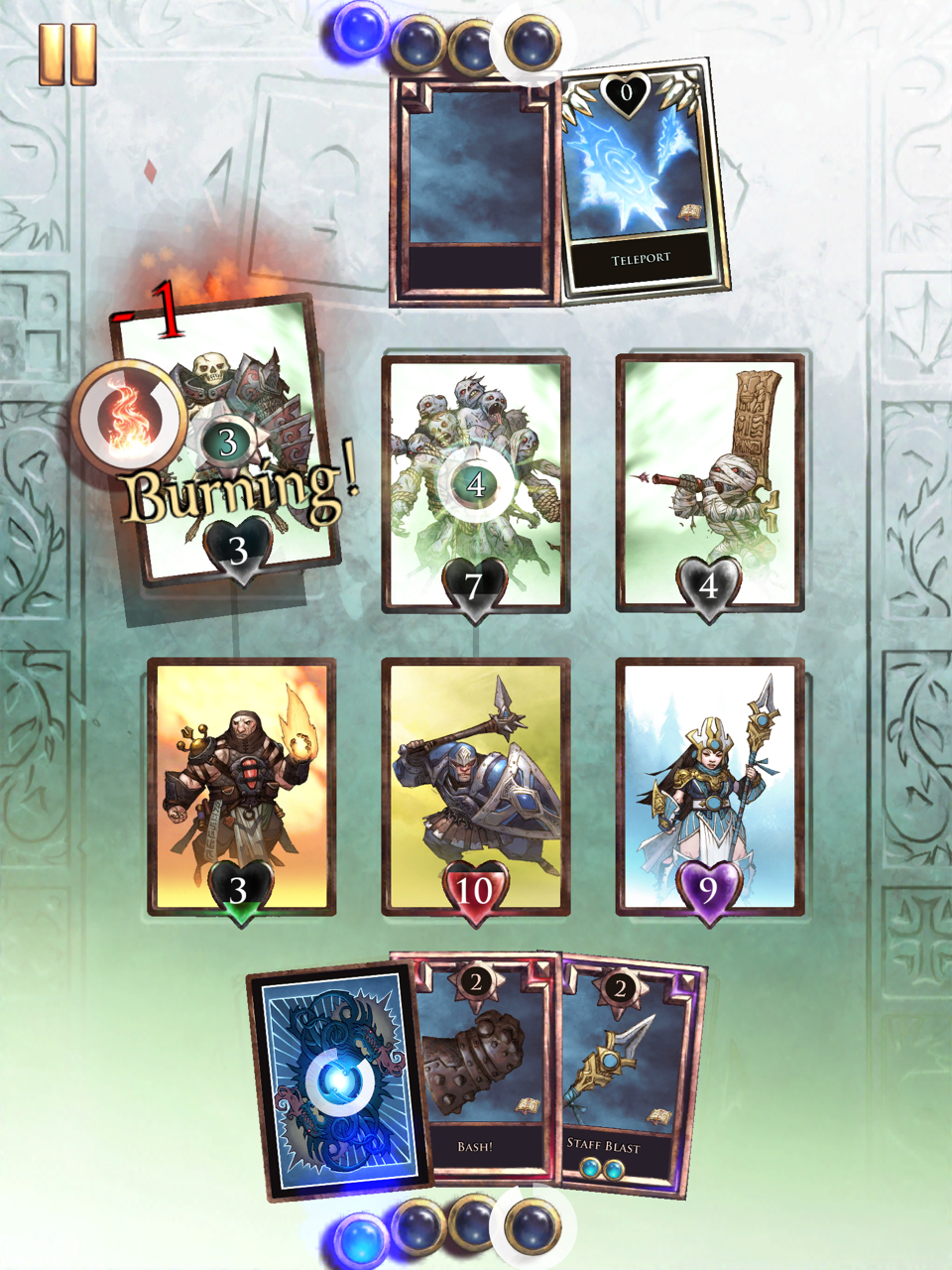 SoulSpark, an upcoming game by Copenhagen Creators and Wizkids currently in soft launch, attempts its own genre-bending by injecting real-time fights into a RPG-like deck-building game. Recently, I’ve had the opportunity to try SoulSpark, and I found it a fun experience that I believe will shine as a multiplayer game. First of all, I would be remiss if I didn’t mention the game’s lovely art style by artist Steve Prescott of Magic the Gathering fame (if you enjoy reading about game illustration, Prescott has just written an article about creating the art for SoulSpark). The game is basically a Lane-based card game where you control three characters (which, as with most fantasy-themed games, include Knights, Rangers, Healers, etc) and you fight waves of enemies across the board. You equip each hero with various weapon, potion, and charm cards (much like PC game Card Hunter and its mobile adaptation, Loot & Legends) which you then sling at your enemies.

In still images, SoulSpark looks like many other Lane-based card games, but when you actually play it, the game board comes alive as cards quiver, eager to lunge at the enemy’s cards. Every card you play has a casting time that forces you to strategize – if you whack your enemy with your Sharktooth Club for a lot of damage, you’ll have to wait for almost 18 seconds for the weapon to actually hit your enemy while in the meantime your enemy might be hitting you every 5 seconds with a weaker weapon. So, timing becomes crucial for your strategy as you try, for example, to hit your enemy with a stun spell just as he’s trying to hit you in order to cancel his attack. 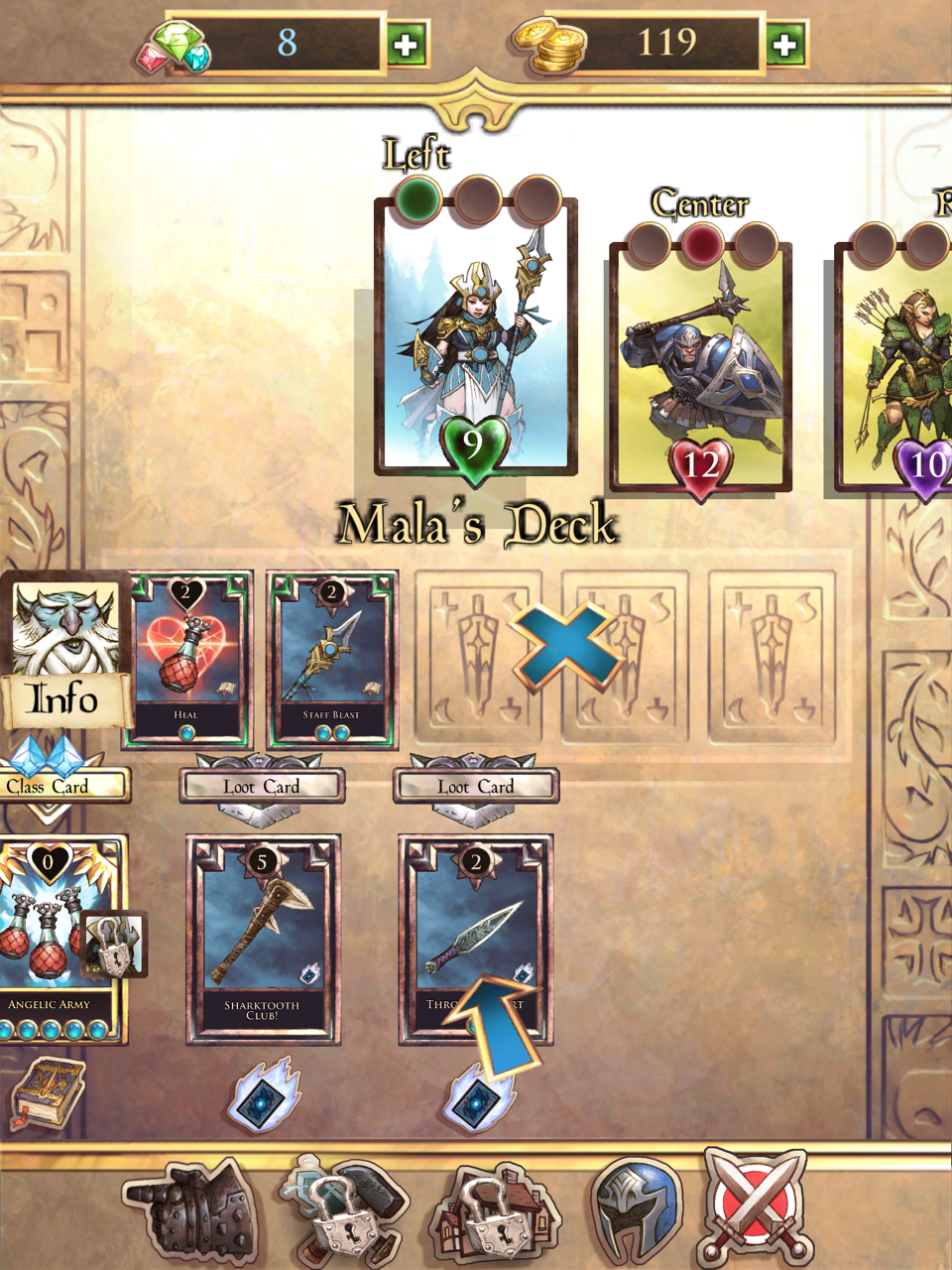 The game will be F2P, so expect timers to pop up here and there. You’ll have to wait for heroes to recuperate and spend gems to get extra heroes. I can’t really say much about a game’s monetization system before spending a lot of time with the game to see whether I hit any impervious pay-walls or whether the IAPs are fundamentally ruining my time with the game. Otherwise, I’m usually fine with F2P card games.

I liked SoulSpark, and I can see it being the kind of game I’ll want to play primarily against other players. There’s an extensive single-player campaign, but I have a feeling the multiplayer side of this game will be where most of the fun will be at. The developers appear to realize that this kind of game needs a robust multiplayer component, which is promising for SoulSpark‘s future. The game has been soft-launched in Denmark and should be coming out worldwide soon, so keep an eye out for some real-time card battling fun.