Released in North American markets in late 2014, Fantasy Life is a Nintendo 3DS exclusive that it seems like everyone I know with a 3DS owns. If this is the first you’ve heard of it, gameplay is that of a simplified action RPG which almost feels like it has light MMO elements with the inclusion of some really great multiplayer functionality. The lives found in Fantasy Life are what the game refers to the different classes players can specialize in ranging from combat-oriented lives like hunters and paladins to crafting-centric lives like blacksmiths and tailors or even gathering lives like anglers and miners. It’s really cool how it all goes together, as in Fantasy Life there’s always something to do no matter what play style you prefer- Which is why at times it felt more like an MMO than a simple action RPG. 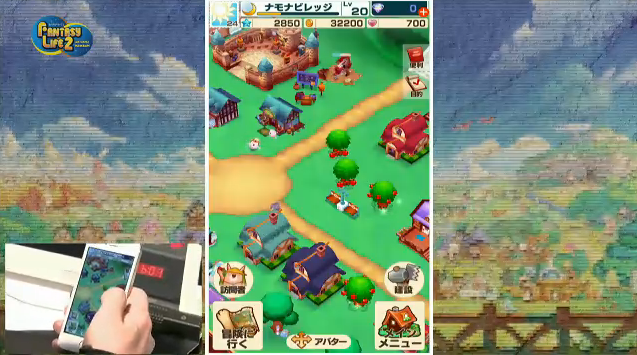 So, anyway, Fantasy Life is/was awesome, and like all awesome gamers, people have been clamoring for a sequel. This is where today’s crazy news comes into play. According to Siliconera, Fantasy Life 2 will be skipping the 3DS and heading straight to mobile. I think this will be a great change, as the 3DS felt like a weird place for the original Fantasy Life. In my opinion, it really felt like a mobile game, or at least, a game I’d really want to always have with me in my pocket. It’d also work really well as a free to play game.

Details are few and far between other than the game having a greater focus on building up your town, familiar characters will be returning, and it’ll launch in Japan sometime this summer. There was nearly a two year delay between Fantasy Life being released in Japan and in the US on the 3DS, so hopefully things are a bit more speedy this time around.