Tap ‘N’ Slash (Free) is another game designed around being able to work on a touchscreen, which equates to simple controls. That’s no bad thing, it’s just that the makers of Tap ‘N’ Slash, Invictus, still chose to describe their game as an RPG and talk about exploring dungeons, which could set expectations a little high. Sure it’s an RPG in the sense that you play as a character, but it’s no more role-playing than Sonic or Mario. As for the dungeon exploring? Not in any traditional sense of the word.

You start in a corner of a dungeon, and tap either left or right to move in that direction. That’s the entirety of the controls, and that in itself is good news, because we don’t really want a mess of virtual buttons in our touchscreen games, do we?

You initially play as a barbarian, with other characters available to unlock by completing objectives, such as killing a certain number of monsters or collecting treasure. 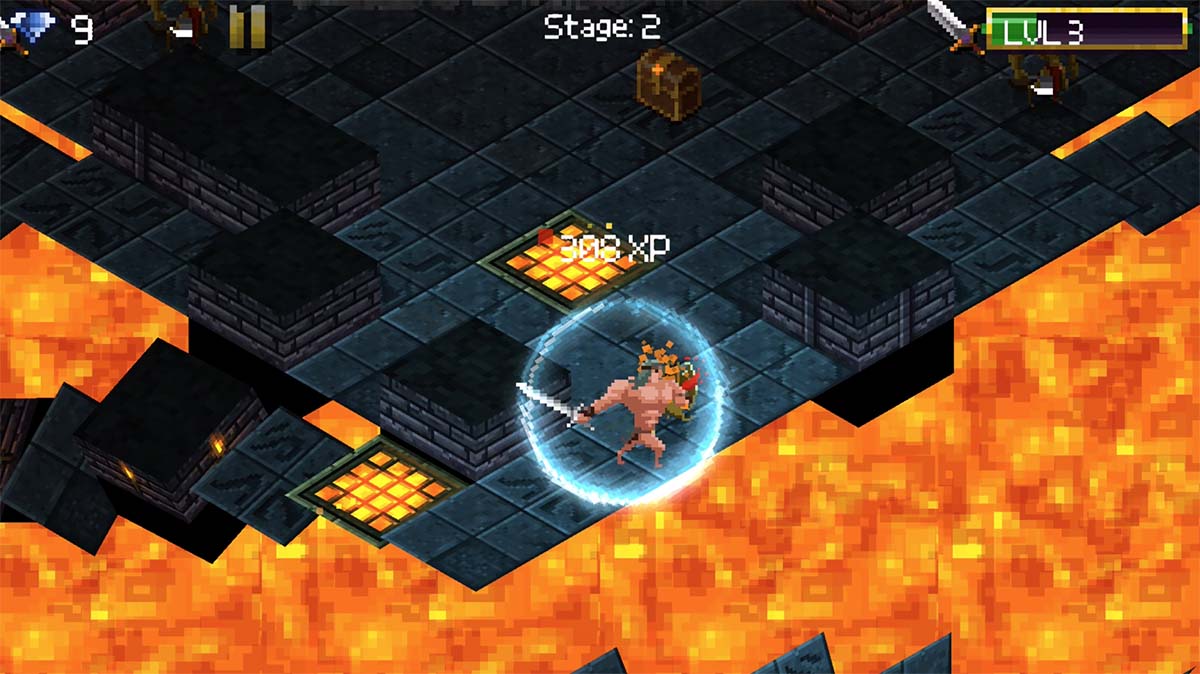 The bad news is that the rest of the game is designed around that left-or-right control system. You can’t explore, so there are no hidden passageways or secret rooms to discover. You can’t vary too much from your requisite diagonal path through the dungeon, so there aren’t any side quests to complete. You don’t even have any control over fighting, so when you encounter a monster you either win or you lose, determined by whether or not you’re carrying a sword. Swords break after a few battles, but there are plenty more scattered around for you to pick up on your travels.

As you move through the dungeon, you need to decide whether to go left or right based on collecting swords and treasure chests for experience points, or attacking monsters that block your path. The game isn’t like an infinite runner so you can take a moment to think about your next move, but the dungeon does start collapsing behind you so you have to hurry up. At the end of each dungeon there’s a giant monster blocking your exit, so you’d better have a sword at that point or you ain’t going anywhere. 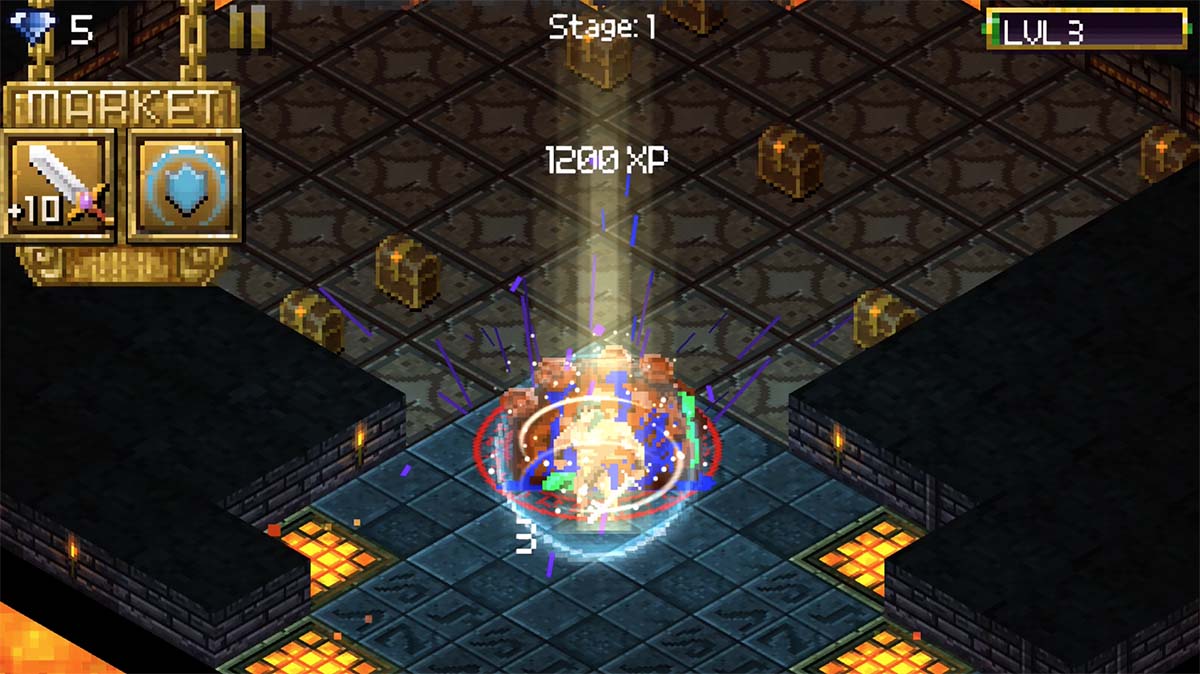 Tap ‘N’ Slash is a perfectly decent game, but it’s more of a super-simple fantasy-themed puzzle game than any sort of RPG or dungeon explorer. Gameplay is 100% decision-based: Do you need a sword? Get a sword. Do you have a sword? Kill a monster. It’s dressed up as an action game, but it isn’t one, and the time pressure of the collapsing dungeon doesn’t make it so.

The pixel art graphics are adequate, and the “heavy metal" soundtrack (again the developer’s description) is an odd mix of guitar riffs and some sort of… pan pipes? It’s okay, but I’m not sure it deserves “heavy metal" being proudly listed as the game’s second main feature. The few sound effects are strong, with a crisp metallic slashing sound from the barbarian’s sword, and a guttural croak as he dies.

It’s not that I don’t like Tap ‘N’ Slash, it’s just that I only like it for what it is, not what Invictus are promoting it as. It’s not an RPG. There’s no dungeon exploring. You go from A to B by moving left or right based on what you want to pick up next, and that’s all. Here’s the exact description that Invictus put on the App Store: “This ultimate pixel art RPG game brings you solid and pure dungeon crawling experience." No it doesn’t, Invictus. It does not.

Tap ‘N’ Slash is free to download and play but it does contain advertising, with in-app purchases to remove the ads and buy gems. As is happening more and more with games nowadays, when you die there’s an option to watch a video advert and then continue playing, but when I tried this the game showed me the advert and then crashed, as shown in the screenshot below. 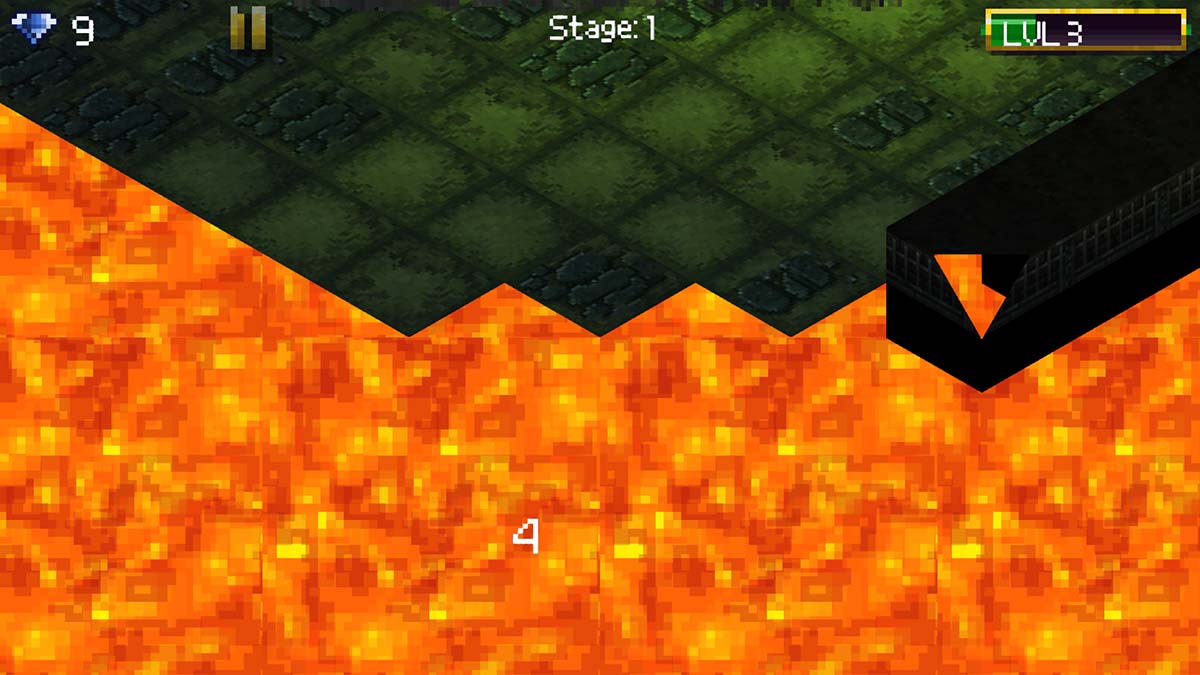