Generally speaking, I am very reluctant to get into the discussion of what is or isn’t a game. Any such talk typically requires a great deal of presumption on the part of the person drawing invisible lines in the sand. Being a big fan of gamebooks, text adventures, experience games, and so on, it’s a conversation that all too often ends with some titles I greatly enjoy being branded ‘non-games’. Then people start getting cranky, someone asks what the definition of an RPG is anyway, another person throws off their gloves and helmet, and the whole party is ruined. No, I’m not going to do that.

Instead, I’m going to say that Gamebook: Pocket RPG ($0.99) involves about as little interaction on your part as anything could require. It’s incredibly brief, promising almost an hour of fun but delivering well under that. There are points where you have to make choices, but only one choice moves you forward, with the remainder simply insisting that you go back to make the correct one. The only variability comes in whether you visit certain rooms at certain points, earning a checkmark on your player card for particular events. The game also feels very rough around the edges and even outright unfinished at points. It’s highly likely that the developers speak English as a second language, with the results being the most entertaining element of the whole game. I’m not sure if that’s intentional or not, but let’s take the small victories where we can. 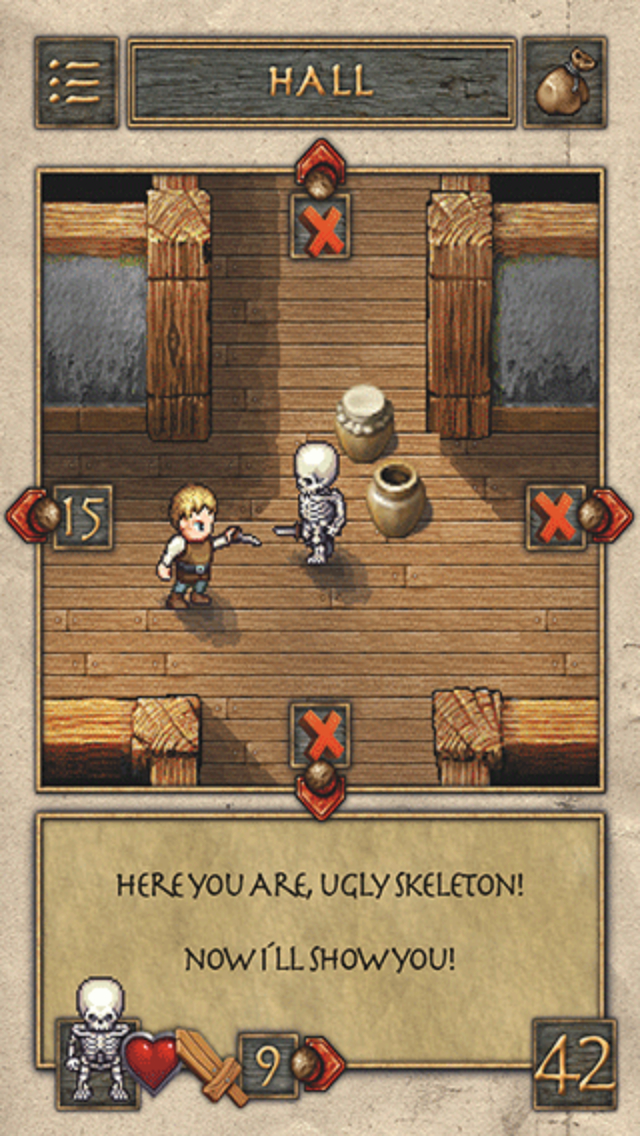 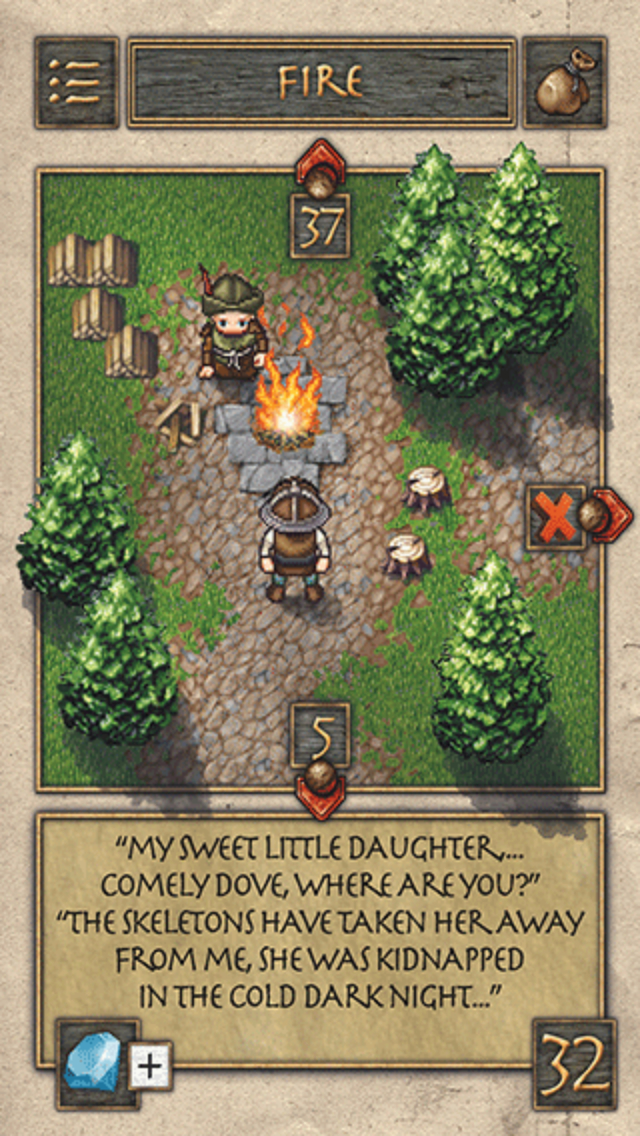 The battles, such as they are, only require you to have the right item in hand to win. If you don’t have it, you’ll have to go back and get it. You’ll earn experience points, but they don’t do anything. Even though the world is small, you still end up going through part of it a second time. I’d call it padding, but it only adds about a minute and a half to the game’s play time. The story is kind of funny because of how downright strange it is, and the static images that decorate each page are pretty cool, but that’s about all the game has to lean on. There are no animations of any sort, no sound effects, and the only music is a short piece you can pull up from the option menu. When it finishes playing, you have to go and manually start it up again. The presentation on the whole is spartan even by the usual gamebook standards.

There are several ways a gamebook can succeed. Some offer challenging battles and resource management. Others are set up more like an adventure game, requiring you to gather the right items to solve puzzles. There are gamebooks that require you to figure out the one path that takes you to the end, and others that pride themselves on offering a huge variety of routes, with some better than others. There are even gamebooks that offer little in the way of choices or challenge but are still a lot of fun because they tell an interesting or funny story. 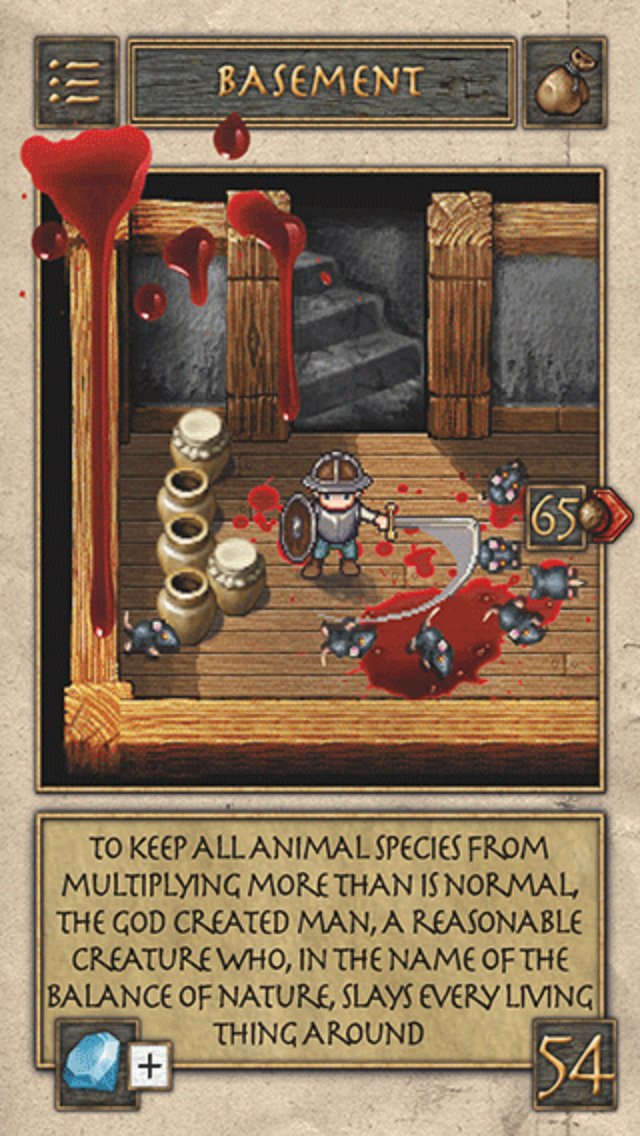 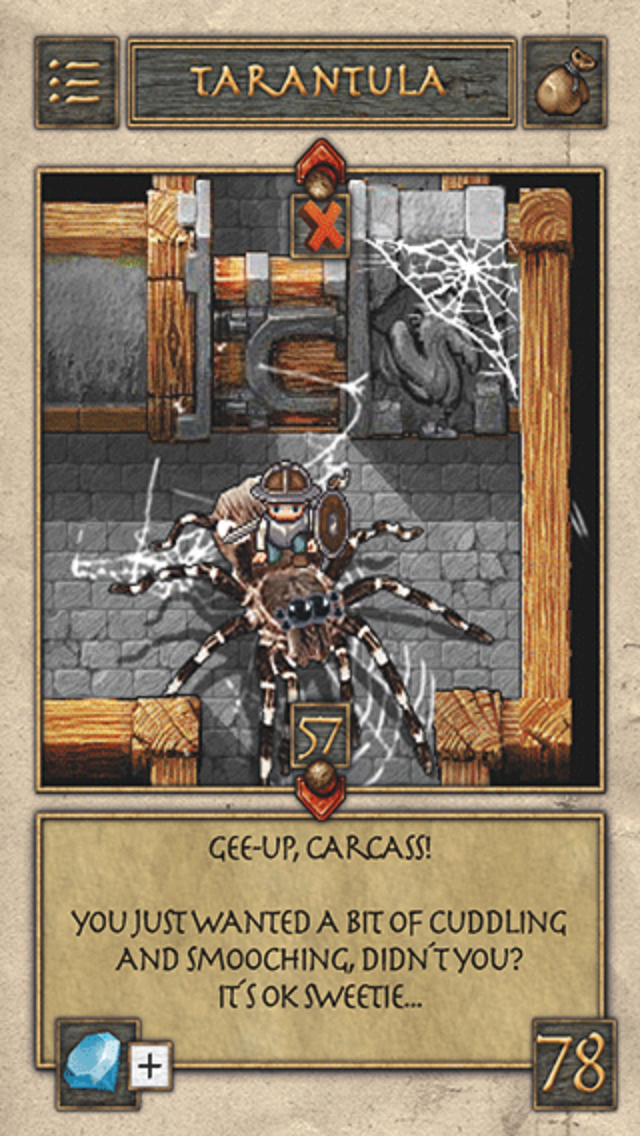 Gamebook: Pocket RPG doesn’t offer any of that. It’s worth mentioning that like many gamebooks on the App Store, this is based on an actual physical book. It appears to be faithfully reproduced, and that’s likely where a lot of the problems spring from. The physical book looks more like a desk calendar than a novel. It’s cute, it’s cool, and I think I’d like to have one on my desk, but as a basis for a digital game, it’s clearly lacking.

I can’t say I didn’t smile a couple of times in the 15 or so minutes it took me to go through the entire game twice. I just don’t think those few moments of absurd levity make the game worth it on the whole. There is virtually no substance to be found in the game from any angle. It feels like someone had a couple of good ideas for a game, got tired of it quickly, and just buttoned it up and sent it out the door. Even the most diehard of gamebook fans is going to be hard-pressed to get much out of Gamebook: Pocket RPG.